This film gets one and a half stars out of me because its makers seem to have put in an impressive amount of effort, at least. Trouble is, all the creative gymnastics have resulted in the horror movie equivalent of a wimp who relies on steroids to lend him a fearsome appearance while his eyes still tell the truth. Like so many horror films in recent years, "V/H/S/2" appears more lightweight the more it tries to impress with its inventiveness and grotesquerie. This kind of overstuffed, overdressed flick seems calculated to shut up those who gripe that there are no original ideas in movies anymore. Busy re-inventing the wheel, they forget to create situations and people we give one damn about.

Or maybe they didn't give a damn about storytelling. Viewed as a radical experiment, a sampler of various recording media, the film almost becomes interesting. In the V/H/S films, each of which is an anthology stringing together episodes by different directors, everything we see is supposed to be raw footage from various cheap video cameras. This installment samples the textures of consumer grade DSLR's, a GoPro helmet cam (strapped to a cyclist who becomes a zombie in one segment; to a dog in another), surveillance cameras, iPhones and hi-def camcorders. Scan lines, distortions, stray pixels, blackouts, blown-out highlights and good old-fashioned TV snow all provide a kind of textural spectacle. Of course, you can get that thrill more cheaply by randomly cruising the back alleys of YouTube.

This is becoming a ritual, my directing people over to YouTube, and online streaming's endless cinema of attractions in general, instead of wasting money on theatrical films that seem far less rewarding than, say, "Girl Walk: All Day," or even the laziest of Sweet Brown remixes. It might be a natural consequence of DIY filmmakers migrating to the arthouse circuit. Some manage to hold our attention beyond a five minute upload; others simply exhaust us with their desperate gimmicks.

The only successful homage to retro, VHS-era horror is the inclusion of two distinct 1980's-style boob shots played for comical titillation. Thank you.

A segment set in a death cult's compound during its apocalyptic last days features some extended POV shots that move through various grisly scenes like a first-person horror video game. You'd probably get a lot more out of playing Asylum instead.

The zombie helmet-cam episode is, like most of the segments in this film, a series of relative silences punctuated by loud, gory attacks on the bearer of the camera. The clever conceit of the "victim" being a zombie is all this one's got going for it.

As silly and unscary as this film is, its best chapter is the silliest and least scary one. A bunch of suburban kids home without parental supervision use a video camera to prank each other. They're all obnoxious assholes, which makes their eventual abduction by aliens almost fun to watch. The extraterrestrial home invasion happens when their punk-cam happens to be attached to the family dog. The dog turns out to be a steadier, more artful camera operator than any of the film's humans.

I'm getting too old for this s—. We're living in an Instagram-filtered age of "reality" programming so fake, so juvenile, so calculated to pander that even young indie filmmakers, blessed with the most freeing media technology in history, choose to ape the crude, charmless visual strategies of Michael Bay and TMZ. Titling this movie "V/H/S/2" only reminds us that VHS tapes were still on the market the last time more than a handful of active horror filmmakers showed any storytelling savoir faire. As I once wrote about this film's ancestor, "The Blair Witch Project," the shaky camera and incessant bad-actor shrieking become as frantic as a pathological liar covering his tracks. (In the lost world of the 1960s, shaggy experimental features like Milton Moses Ginsburg's "Coming Apart"  showed how to string together pseudo raw footage in an arresting, mind-tingling way.)

The "Paranormal Activity" films remain the scariest and most ingenious of the faux found footage films (FFF's). In the genre at large, a group of indie auteurs associated with low-budget maverick Larry Fessenden ("The Last Winter"), such as Ti West ("House of the Devil") and Graham Resnick ("I Can See You") have been quietly demonstrating how far suspense, atmosphere and an imagination that extends beyond gore makeup effects can carry a filmmaker—and an audience. 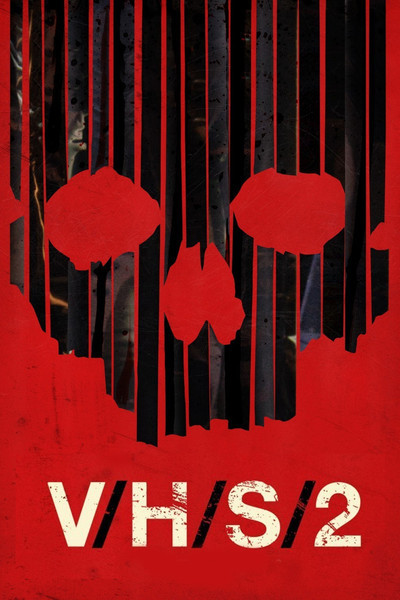 Epy Kusnandar as "The Father"