The view of North Korea presented in the faux-documentary “Under the Sun” has such a tinge of the surreal it almost seems that David Lynch must have had an uncredited hand in the film. But if Russian director Vitaly Mansky needed any help, he inadvertently got more than he could have dreamed of from the North Korean authorities, ironically enough.

The film’s background no doubt would have made a killer documentary itself. Reportedly, Mansky got the North Koreans’ agreement to make a film about their secretive society, but with the proviso that they would write the story, provide the actors and generally supervise everything. The only thing they forgot to control, it seems, was the editing, which allowed Mansky to leave the country and assemble a film that at once presents and mocks the cheery vision of their nation that the North Koreans intended.

Mansky’s minders, endeavoring to make a film that appeared to be a documentary, set up a fictional construct from the get-go. Their scenario centers on an eight-year-old girl named Lee Zin-mi, who lives with her parents in Pyongyang. All three characters are evidently as close to air-brushed ideals as real life would provide. Zin-mi is cute, bubbly and always happy. Her parents, perfect Communist workers, dote on their child and obviously enjoy the spotless apartment that has been provided them for the shoot.

With everything we see so beautiful, clean and bright, the fakery is blatant from the outset, and Mansky gleefully stresses it by including his minders’ off-camera instructions to their cast members. When we see the ideal factory where Zin-mi’s mom works and her team always far surpasses their quotas, the movie’s de facto directors urge the workers to express themselves “more joyfully!”

Likewise, there’s a scene where an aging soldier visits Zin-mi’s class and tells the kids about his actions during the Korean War fighting Americans, who, he dutifully recites, regularly hunted down and burned children. The class members, rather than seeming shocked or fascinated, hear this with expressions that feign interest, at least when the kids are not fighting to stay awake—footage the North Koreans surely would have eliminated if they’d had the chance.

In the same scene, the old warrior—who wears a jacket so full of medals it might have come from a Marx Brothers’ movie—isn’t allowed to finish his speech and depart in dignity. Three times, Mansky’s minders call for another take and instruct the guy to end his talk by urging the kids to join the Children’s Union, an outfit that apparently exists to lavish youthful adoration on the country’s dynastic rulers, including the late Kim Jong-il, whose heroic deeds as “the Great Leader” are praised throughout the film.

One element of the film’s uncanny aura comes from the fact that, for all its obvious artificiality, it is still a documentary: the streets—with their wide vistas, blocs of drab apartment buildings, and notable paucity of cars—are those of the North Korean capital; the gargantuan monuments and stadiums are actual embodiments of this regime’s values; and the people we see are real inhabitants of this very unreal place. You look at them, even those viewed unawares in the background, searching for signs of stress, hunger or unhappiness, but all appear as contented as cows or automatons.

The film’s government-imposed aesthetic adds to its fascination. Everything is big, clean, orderly and symmetrical. The color red dominates, yet all colors are pure and vibrant. It almost seems like something out of a 1950s magazine layout, or the strangest musical Busby Berkeley never made. You need don’t Susan Sontag to parse the authoritarian mentality behind the hyper-real, zealously idealized look.

Like Nazi and Soviet propaganda films, “Under the Sun” offers a vision of social perfection that comes at the expense of messy truth and human complexity. Although unintentionally funny throughout, its evocation of life in a totalitarian society is ultimately chilling. The happy picture the North Koreans struggle to present implies unfathomable depths of violence to the human spirit beneath its glossy surface. 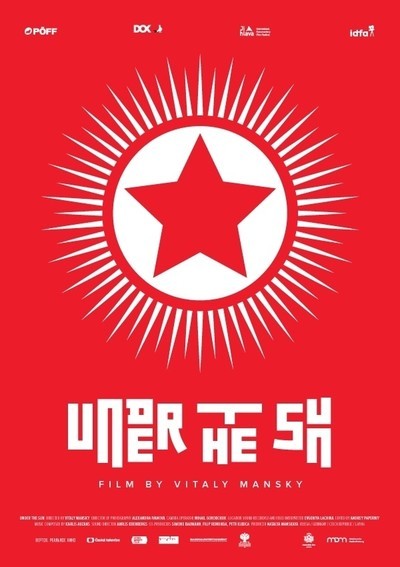