One of the most endearing things about "Tootsie," a movie in which Dustin Hoffman plays a middle-aged actress, is that the actress is able to carry most of her own scenes as herself - even if she weren't being played by Hoffman. "Tootsie" works as a story, not as a gimmick.

It also works as a lot of other things. "Tootsie" is the kind of Movie with a capital M that they used to make in the 1940s, when they weren't afraid to mix up absurdity with seriousness, social comment with farce, and a little heartfelt tenderness right in there with the laughs. This movie gets you coming and going.

Hoffman stars as Michael Dorsey, a character maybe not unlike Hoffman himself in his younger days. Michael is a New York actor, bright, aggressive, talented - and unemployable. "You mean nobody in New York wants to hire me?" he asks his agent, incredulously. "I'd go farther than that, Michael," his agent says. "Nobody in Hollywood wants to hire you, either."

Michael has a bad reputation for taking stands, throwing tantrums, and interpreting roles differently than the director. How to get work? He goes with a friend (Teri Garr) to an audition for a soap opera. The character is a middle-age woman hospital administrator. When his friend doesn't get the job, Michael goes home, thinks, decides to dare, and dresses up in drag and goes to an audition himself. And, improvising brilliantly, he gets the role.

That leads to "Tootsie's" central question: Can a 40-ish New York actor find health, happiness and romance as a 40-ish New York actress? Dustin Hoffman is actually fairly plausible as "Dorothy," the actress. If his voice isn't quite right, a Southern accent allows it to squeak by. The wig and the glasses are a little too much, true, but in an uncanny way the woman played by Hoffman looks like certain actual women who look like drag queens. Dorothy might have trouble passing in Evanston, but in Manhattan, nobody gives her a second look.

"Tootsie" might have been content to limit itself to the complications of New York life in drag; it could have been "Victor/Victoria Visits Elaine's." But the movie's a little more ambitious than that. Michael Dorsey finds to his interest and amusement that Dorothy begins to take on a life of her own. She's a liberated eccentric, a woman who seems sort of odd and funny at first, but grows on you and wins your admiration by standing up for what's right.

One of the things that bothers Dorothy is the way the soap opera's chauvinist director (Dabney Coleman) mistreats and insults the attractive young actress (Jessica Lange) who plays Julie, a nurse on the show. Dorothy and Julie become friends and finally close confidants. Dorothy's problem, however, is that the man inside her is gradually growing uncontrollably in love with Julie.

There are other complications. Julie's father (Charles Durning), a gruff, friendly, no-nonsense sort, lonely but sweet, falls in love with Dorothy. Michael hardly knows how to deal with all of this, and his roommate (Bill Murray) isn't much help. Surveying Dorothy in one of her new outfits, he observes drily, "Don't play hard to get."

"Tootsie" has a lot of fun with its plot complications; we get almost every possible variation on the theme of mistaken sexual identities. The movie also manages to make some lighthearted but well-aimed observations about sexism. It also pokes satirical fun at soap operas, New York show business agents and the Manhattan social pecking order. And it turns out to be a touching love story, after all - so touching that you may be surprised how moved you are at the conclusion of this comedy. 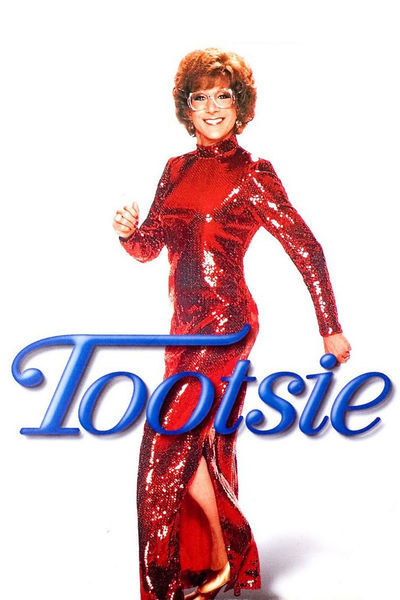