“This Is Elvis” is the extraordinary record of a man who simultaneously became a great star and was destroyed by alcohol and drug addiction. What is most striking about its documentary footage is that we can almost always see both things happening at once. There is hardly a time when Elvis doesn't appear to be under the influence of mind-altering chemicals, and never a time, not even when he is only weeks from death, when he doesn't possess his special charisma. The movie's lesson is brutal, sad, and inescapable: Elvis Presley was a man who gave joy to a great many people but felt very little of his own, because he became addicted and stayed addicted until the day it killed him.

This movie does not, however, intend to be a documentary about Presley's drug usage. It just turns out that way, because Presley's life turned out that way. The film is a re-creation of his life and image, and uses documentary footage from a wide variety of sources, including Presley's own professionally made home movies. Not all the footage is even really of Presley. Some early childhood scenes are fiction, with a young actor playing Elvis. They don't work, but they're soon over. A few other scenes are also faked, including one shot following Presley into his home on the night he died, and another showing him rushing to his mother's sickbed (the double is an Elvis imitator named Johnny Harra). But the faked footage adds up to only about 10 percent of the movie, and is helpful in maintaining continuity.

The rest of the film's footage is extraordinary, and about half of it has never been seen anywhere. This film isn't just a compilation of old Elvis documentaries. The filmmakers got permission from Presley's manager, Colonel Tom Parker, to use Presley's own private film archives and to shoot inside Graceland, his mansion. They include footage that was not even suspected to exist, including scenes from a birthday party Elvis had in Germany when he was still in the Army (we see a very young Priscilla at the party), scenes of Elvis's parents moving into Graceland, scenes with Elvis clowning around with buddies, and shots taken inside his limousine very near the end, when he was drunk and drugged and obviously very ill. There are also sequences during which we frankly wonder if he will be able to make it onto the stage.

The documentary also includes some of Presley's key television appearances, including his first guest appearances on the old "Dorsey Brothers Bandstand" and the "Ed Sullivan Show" (with Ed assuring America that Elvis was "a real decent, fine boy, Elvis, you're thoroughly all right"). There is newsreel footage of Elvis getting out of the Army (and, significantly, observing "it was so cold some nights we had to take bennies to stay awake"). There is an old kinescope, long thought to be lost, of a TV special hosted by Frank Sinatra to welcome Elvis back to civilian life (and in his duet with Sinatra, Presley is confused and apparently under the influence of tranquilizers).

The young Elvis in this movie is an entertainer of incredible energy and charisma. The charisma stays, but somewhere along the way we notice a change in his behavior, a draining away of cheerfulness, a dreadful secret scourge. And in the film's final scenes, Presley is shockingly ill: He's bloated, his skin is splotchy, he's shaking and dripping with sweat, and, in one very painful sequence shot during a concert, he cannot remember the words to his songs. But he pushes through anyway, and his final renditions of "My Way" and "Are You Lonesome Tonight?" are beautiful and absolutely heartbreaking. He may have lost his mind, but he never lost his voice or his heart.

Elvis Presley should, of course, still be alive. The film interviews his former bodyguards about his drinking and drug usage, and they argue convincingly that they could not stop him from doing what he was determined to do. But an addict, of course, has only two choices, no matter how he might deceive himself that he has many. He can either continue to use, or he can ask for help.

The irony in Presley's case is that his own doctor was apparently the source of most of his drugs. Could Elvis have stopped? Sure. Would he have been alive today? Probably. But he was never able to admit his addiction and find the will to seek help. And he was surrounded by foot-kissers and yes-men. This movie shows the disintegration and death of a talented man who backed himself into a corner. He did it his way. 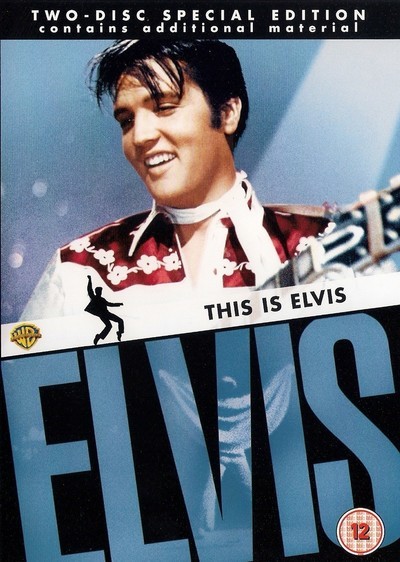