John Logan, the Oscar-nominated writer of “Gladiator,” “Hugo,” and “The Aviator” has somehow delivered one of the flattest and least interesting scripts of the year in his directorial debut, “They/Them,” a Blumhouse production being quietly shuffled off to Peacock today. It’s a mystery how someone who has written such dense, nuanced pieces of robust storytelling in the past could be happy with this tonal misfire, a film that takes a real-life tragedy and turns it into limp horror filmmaking. Jason Blum was reportedly inspired by producing Netflix’s “Pray Away,” a documentary about the trauma caused by conversion camps to turn the true horror into something akin to a slasher pic, but the filmmaking seemed to stop here at that basic premise, unwilling to dig into any of the potential embedded in this story. “They/Them” is a baffling production, and seems almost frightened of its own rich ideas and unwilling to tie them to decades of slasher pics that played fast and loose with gender stereotypes and sexuality. One of the many problems is that Logan can’t find the tone, making something campy in one beat and deadly serious in another. The whole film falls in the valley in between, unable to find any identity at all.

Kevin Bacon’s return to the slasher genre that launched his career (he starred in “Friday the 13th,” after all) should have been reason alone to see “They/Them.” In this case, he’s not one of the campers but an obvious bad guy, Owen Whistler, the head of a gay conversion camp, a place that awful parents send their children to try to turn them straight. These places still exist—and “Pray Away” is a fascinating documentary about their damaging impact—and “They/Them” feels at times like a drama about how misguided and disastrous they can be. Just trying to make it through a world that includes something as awful as gay conversion therapy can be a horror movie for a young person trying to shape their identity. Whistler is the kind of monster who smiles and tells his victims that he’s acting in their best interest, and he’s joined by a group of counselors who seem to follow him like a cult leader, including characters played by Carrie Preston and Anna Chlumsky.

Of course, the stars of “They/Them” are the young people who are already caught in a waking nightmare that only gets worse when a slasher serial killer who looks like they take their style choices from the "I Know What You Did Last Summer" fisherman starts stalking the campground, taking out workers and counselors. Theo Germaine (“The Politician”) leads the teens as Jordan, a non-binary person who suspects the camp is much darker than it even appears on the outside from the day they arrive. Germaine is the only reason to watch “They/Them” as they capture a strong-willed skepticism that conveys backstory and depth of character that everyone else in the film lacks.

As “They/Them” alternates scenes of Whistler increasing his torture techniques to convert his latest campers with someone committing murders around the camp, it becomes clear that no one involved ever asked what film they were making. It doesn’t have the style of a slasher pic—the kills are almost all uniformly dull, Logan cutting away from the “good stuff” that typically characterized the genre to show things like a raised axe and splash of blood on the wall—and it’s not rich enough to work as a character drama (and give up any pretense of suspense given how deadly obvious the killer's identity is from the very beginning). Some of the young people get a subplot or two and even romantic arcs form but they’re so clearly plot devices, given too little actual character other than that they know all the words to Pink’s “Perfect.” A scene where they all break into an a cappella rendition after an emotional moment is easily one of the worst of the year in every way and indicative of this film’s biggest problem, turning kids sent to conversion camp into a monolith. I would have respected the movie more if half the kids appeared not to know the words.

The truth is that the best person for this material would have been someone like Ryan Murphy, a creator less afraid of horror, sex, and identity than Logan appears to be. While Murphy’s output is far from “f*cking perfect,” it never lacks in personality and ambition like this film which is scared to pick a style. Representation in storytelling is essential to the future of film as an art form. But execution will always matter too. 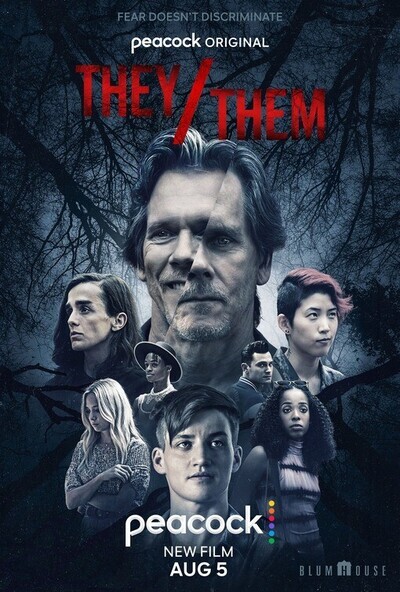