I kind of knew this movie was trouble from the opening two minutes. First of all, it opens in medias res, sort of: a young woman screaming and running about at the edge of a forest at night, and then, boom, she gets an axe right in the forehead, and—of course—the axe stays there, and she runs toward the camera. And then there’s the opening title, which is in pretty much the exact same typeface as the logo for the John Carpenter classic “They Live.” I know winking homages tend to be the glue that holds contemporary genre films together, but that doesn’t mean I have to like it. And yes, I know that Joe Dante, a director I admire and you ought to as well, packs his movies with clever in-joke references, but he does it with panache and wit and doesn’t nudge you in the ribs about the whole thing.

“They’re Watching” then gets worse, with a pastiche of a “House Hunters”-style cable TV program, this one chronicling the search of a dippy Californian of a certain age (Brigid Brannagh) looking for a domicile in Moldava, an Eastern European country of spooky antiquity. The local color is provided via a native real estate agent named Vladimir; actor Dimitri Diatchenko applies all the subtlety of an average “Yacht Rock” sketch performer to his role here. Once the episode concludes with Brannagh’s Becky settling on a decrepit house that gives new meaning to the term “fixer-upper,” we go forward a few months. And, if you’re me, you are dismayed to learn that this whole movie is going to be another found-footage deal, because now we’re in a van with three crew members of the househunting show, back in Moldava for the followup. There’s Alex (Kris Lemche) the obnoxious nerdy sexist motormouth; Greg (David Alpay), the quieter studly guy; and Sarah (Mia Faith), a producer’s niece who went to film school and is attractive. You see the dynamic that’s going to develop here, which gains more “intrigue” when Alex reveals that Greg has been to Afghanistan. Adding to the volatility of the mix is the show’s ostensible bitch-on-wheels host Kate (Carrie Genzel) who likes nothing more to shriek invective at her subordinates.

And there’s a lot of invective to be shrieked. Co-writers and co-directors Jay Lender and Micah Wright take a full half hour to even begin introducing the plot points that are going to result in folks getting their heads split open with axes. Greg and Sarah excite some hostility from the locals by crashing a funeral with their cameras on, but the real eye-opener is the miracle of Becky’s house, which is now a beautifully decorated and appointed cottage. Something odd, and involving frogs, is afoot. Will we ever find out? Will Greg ever reveal his Afghanistan story? We all know the answers to these questions.

The movie’s incredibly irritating characters made me remember why I only ever needed to watch “The Blair Witch Project” once, and its hobbling, dopey, drawn-out plotlines and xenophobic thematic threads made me think very, very kind thoughts about Eli Roth’s “Hostel” movies, which at least have ruthless efficiency going for them. Once the movie’s horror pyrotechnics are set off, the special effects sometimes have the feel of a Charles Band production for the 1980s, that is, for those not familiar with that output, kind of pleasantly cheesy and … well, pleasantly cheesy, that’s all. An hour and fifteen minutes of tedium is too long to wait for two or three minutes of pleasantly cheesy. 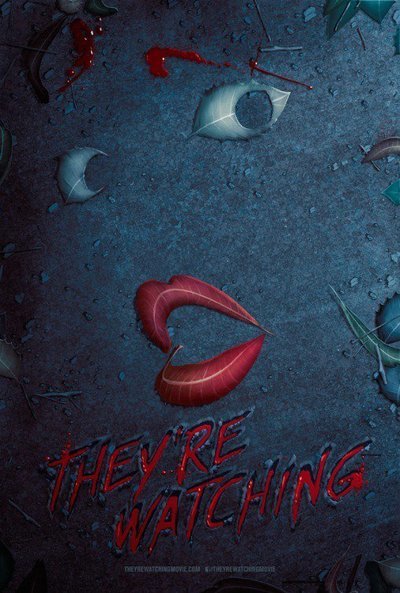