The Trip to Greece

You’ve already figured out whether or not you enjoy spending time with Steve Coogan and Rob Brydon, I presume. The real-life friends, British comic actors (multi-hyphenates even, what with Coogan’s screenwriting credits at least) of long standing and considerable achievement, are now on their fourth “Trip” film and, sure, it is a gift for any fan of the prior three.

For those not in the know about the series, “Trip” doesn’t refer to psychedelics, although the notion of two British comedians making four films on chemical consciousness alteration sounds pretty ... well, dangerous frankly. So good thing it’s not. 2010’s “The Trip” was a deliberately modestly titled picture (cut down from a TV miniseries) in which Brydon and Coogan, on the pretext of having gotten a newspaper assignment (remember those?), did a tour of certain restaurants in the British countryside. As they sampled the best of a cuisine that’s often made sport of, the two blokes made sport of each other, trading acerbic barbs about their careers. But what made the movie viral were the impressions they traded. In particular a multi-valent competition involving Michael Caine as he sounds at various ages.

This was laugh-out-loud, endlessly re-playable stuff that overshadowed the meta aspects of the undertaking—that is, that Coogan and Brydon were fictionalizing themselves, exaggerating certain features of their personalities to make them more bristly for the sake of comedic/dramatic tension.

The success of the first outing led of course to “The Trip To Italy” in 2014 and “The Trip To Spain” in 2017. The impressions continued as the fictionalized back stories grew. Director Michael Winterbottom, as he demonstrated with Coogan in films like “24 Hour Party People” and “Tristram Shandy: A Cock and Bull Story,” is a past master at such maneuvers, and of late, impelled to steer his comedies into more serious territory. So “The Trip To Greece,” while mostly very laugh out loud funny, is also more somber than the prior installments and also has, in Julian Barnes’ phrase, the sense of an ending.

And for an ending why not go back to the beginning. Greece is, to Western culture, the birthplace of poetry, of storytelling, of philosophy, of comedy and drama. The movie opens with Brydon reciting some verse, and recollecting how Lord Byron’s proudest achievement was swimming the Hellespont strait, near where Ancient Troy was. This is a country for old, or at least aging men, and the setting puts the characters in a contemplative mood.

Steve more so than Rob. Back home in England, Steve’s father is gravely ill, which he doesn’t share with Brydon. So Brydon blithely regales his buddy with awful song-puns (“Greece is the word”) and good-naturedly needles him about the Laurel and Hardy biopic ("Stan & Ollie") for which his performance garnered a BAFTA nomination.

But even Brydon succumbs to a stop-and-really-smell-the-roses feeling, impulsively asking his wife to join him on the last leg of the journey. The self-reflexive show business stuff has a different resonance here than in the prior pictures. When Coogan speaks with an agent and gets the bad news that he’s been turned down for a role in a Damien Chazelle project, the feeling isn’t “well that’s the way the cookie crumbles” so much as a nagging sadness concerning the character’s inability, or disinclination to, really live in the present moment. And while prior pictures have allowed the character to indulge in expensive fine dining without much thought to whatever’s happening outside their picturesque world, here there’s discussion of refugee camps and such.

None of this casts a pall over the proceedings, because the melancholy isn’t forced. When you reach a certain age you make a kind of deal with melancholy as a feature rather than a bug of everyday life. It would be foolhardy for the movie to pretend otherwise, as far as these fellows are concerned. But the fellows manage to seize the days anyway, and the food they eat—largely the riches of the sea—and the banter they exchange are rich and fulfilling. And the duo remains great company. 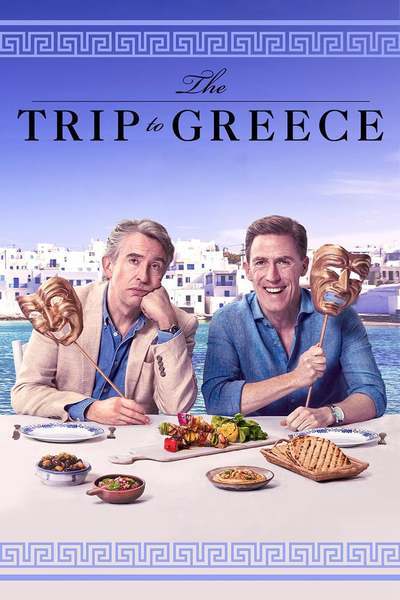