Do elves exist? Ragga, a grandmother in Iceland, believes with a confident smile that they do. When she looks at a massive rock, she sees an elf chapel, or a farm, evidence of a civilization of invisible creatures that reveals our connection to nature. She has a great faith, and this degree of belief fills much of “The Seer and the Unseen,” a far too literal documentation of Ragga’s interaction with Icelandic infrastructure, trying to protect the invisible creatures she believes are there.

Directed by Sara Dosa, the film's visual approach is often about lovingly presenting the landscape, and letting the viewer see whatever they want to see. Numerous shots place a floating camera low to the earth, or gazing up at massive rock terrain, to try to imagine what Ragga could be seeing. Whether one sees elves or not, or even gets a sense of the magic that Ragga does, at least there's the visceral sense of nature and its mossy expanse, accompanied by a type of peaceful silence that itself must be preserved. Nature is the most fascinating element of "The Seer and the Unseen," but Dosa is more focused on Ragga and the elves.

The elves speak to Ragga; she says that they keep her up at night. Dosa’s camera captures her saying this last factoid as nonchalantly as footage of her hanging with her family, or giving a tour to people in which she encourages them to use their child-like sense of logic. “Open your heart, listen with the ears of your inner-child ... you can do the grown-up thinking later,” she advises them.

The major conflict within this character study involves a proposed road that will be paved through sacred land that is populated by elves. Along with fellow environmentalists, Ragga leads a peaceful protest against the construction company. The police then show up, and drag them away. This road disturbs places like the an elf chapel, known as Ófeigskirkja, which Ragga then reports has been placed on a massive rock that could be salvaged. She writes a letter to the mayor, imploring him about the elf population that lives on the giant rock. His response and resulting actions may surprise you.

This story of the road then brings in a larger context, which proves to be more interesting—how Iceland has been lead astray by its belief in money, especially in the late 2000s where they suffered their own economic collapse. The debt was inflated by “Viking bankers,” and prospective communities with new homes and facilities were left deserted, reminders of the type of real money that was lost in the pursuit of credit. Scattered throughout the documentary, this insight into Iceland proves more fascinating than the low-key magical realism that takes up much of the edit's focus.

Ragga remains a subject one wants to be kind toward, but does not believe. The documentary becomes a bit queasy as it follows her as she uses religious language, or elf content in this case, to disrupt infrastructure—however destructive it is—when nature is the more convincing, universal argument and cause. These sequences are not heartening, but frustrating, especially when viewing them with American lenses, regarding our own long, ugly history of people using their faith to influence decisions that affect all.

Dosa's film repeats the problems of other faith stories, especially narratives involving Christianity, where there is not enough space in its depiction of Ragga and the elves that would allow the viewer to come to their own conclusions. And with a similar fate as those faith stories, "The Seer and the Unseen" becomes overly serious and less interesting in the process. However much Ragga says that she's not trying to force the idea of elves onto people, the film remains caught up in the magic of it all; it loses sight of the compelling audacity within Ragga's faith, and her activism. "The Seer and the Unseen" instead treats this vital element with a matter-of-fact air, and makes the bland narrative assumption that even if we don't see what Ragga sees, we'll undoubtedly want the elves to be protected at all costs. 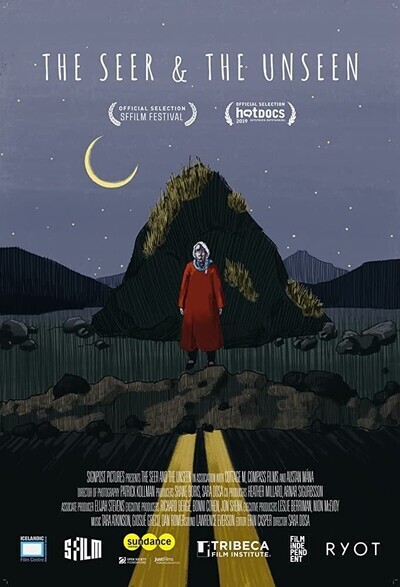