A fascinating thing happens midway through "The Rehearsal," Alison MacLean's adaptation of Eleanor Catton's novel about acting students and their teachers: you realize that the movie has been getting a lot of mileage out of interweaving "real world" scenes and acting class exercises, so that you aren't immediately sure what kind of scene you're looking at. Consequently, you become determined to figure out how to tell one kind of scene from the other instantly. But the movie keeps fooling you. Which isn't to say that this is a film built entirely around tricks of perception, just that it has a firm grip on its central idea: that for actors, life and performance are a bit of a blur.

MacLean and her screenwriter Emily Perkins capture all this in an ensemble movie set mainly at an acting school in Auckland, New Zealand. The school is ruled by a gifted and demanding acting coach named Hannah (Kerry Fox of "An Angel at My Table," who tucks the film into the back pocket of her comfortable jeans and strolls off with it). She keeps pushing the students to take risks, find the truth, stop being so afraid of what others think of them. Some of her advice seems wise and useful, but she also appears to encourage the sort of shorthand "intimacy" and "intensity" that results in cliche acting, as well as obnoxious and destructive behavior by actors.

Which is to say that she's a deep and memorable movie character—more so than many of her students, who are too great in number for the film to get a handle on them as individuals. MacLean and Perkins envision "The Rehearsal" as a "year in the life movie," unfolding in a series of scenes that often feel like truncated tableaux that you'd encounter in a live theater production. Sometimes the movie cuts into these moments in such a way that you mistake them for "real" interactions. There are also points when the characters are interacting in the outside world and you wonder if that, too, is an acting class exercise (the movie has fun toying with our perceptions, particularly in a scene that looks as if it's about to turn into a male-male pickup on a busy street).

The problem is that the film's relatively brief running time works at cross-purposes with its laid back characterizations and populated cast. Were it not for the cinematographer Andrew Commis' clean compositions and attention to light and shadow, the film could sometimes be mistaken for one of those documentaries that's pretty good considering that the film crew couldn't always be there for the big moments.

Alan Parker's 1980 film "Fame"—to which "The Rehearsal" is being compared, for obvious reasons—also tried to do too much with too many characters in too short a running time, but it compensated by letting the actors be "big," and go right up to the edge of caricature. None of the actors in this film's cast get a chance to pop except for James Rolleston (of "The Dark Horse"), who as Stanley, a first year acting student, becomes the de facto lead. Rolleston's portrayal of an Aboriginal actor with daddy issues, insinuating charm, and a nearly sociopathic knack for turning life into drama gives the movie something resembling a center; but it's not enough to counter the feeling that you're seeing a feature film that might've worked better as a TV series, the better to accommodate all of its subplots, none of which are developed in the detail they deserve.

Stanley has an affair with an underage student, Isolde (Ella Edward). Isolde has a 15-year-old sister, Victoria (Rachel Roberts), whose affair with her tennis coach George Saladin (Erroll Shand), caused him to be accused of rape (whether violent or statutory is never clear). George becomes the object of a media scandal that continues to unfold throughout the film. Although there's potentially a lot to say about the role of acting during a public shame-fest, "The Rehearsal" never convincingly teases out the connections between this stuff and all the bits in the acting school—although there are tasty glimpses of a theater piece the students are working on; it feels like a drily funny send-up of the kinds of cliched pieces that theater students mount in response to news events they aren't sincerely interested in, except as raw material for their workshops.

There are another half-dozen characters, mainly young actors, who get a few good scenes each, yet never coalesce into memorable persons. It's hard to tell whether the film is too bighearted to ruthlessly narrow its focus or if it was a much longer film that got cut down, losing emotional connective tissue. Whatever the explanation, "The Rehearsal" is a sensitive, thoughtful, often provocative movie that nevertheless feels like a missed opportunity. The movie is at its best when it's sitting in class watching the students work through material and their issues. In fact these sorts of scenes are so consistently strong (particularly when Fox's coach is alternately cheering and goading them) that I wouldn't have minded a more abstract, conceptual movie set entirely in the classroom.

MacLean hasn't made a theatrical feature in 18 years, but she's directed lots of scripted television, including excellent episodes of "Sex and the City," "Carnivale" and "The Tudors." Her last theatrical movie was "Jesus' Son," an adaptation of Denis Johnson's book that I believe is one of the greatest and least appreciated dramas of the '90s. Despite its problems, this new one is a welcome return, but it ultimately feels like a rehearsal for something grander. 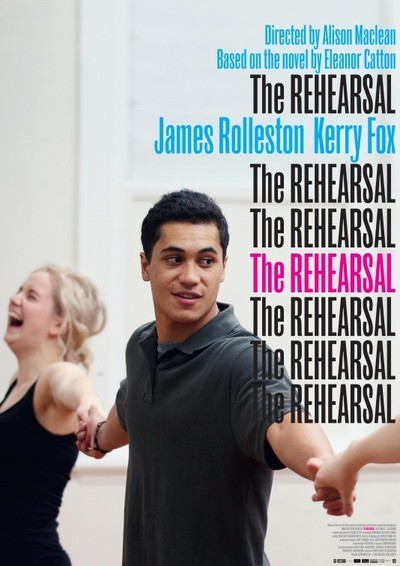