The Queen of Black Magic

The unsettling mood and creeping pace of the Indonesian horror movie “The Queen of Black Magic” take some getting used to. For starters, this remake of the 1981 chiller of the same name has more supporting characters, and attendant backstory, than you might expect from such an atmosphere-reliant horror movie. “The Queen of Black Magic” is also punctuated by the sort of gory violence that's more about sheer bruising impact than emotionally upsetting thrills (I hope you like millipedes and other creepy crawlies).

The movie’s whodunit-style story is thankfully compelling enough to keep things moving along: a group of adult orphans reckon with a decades-old trauma involving their orphanage’s patriarch Mr. Bandi (Yayu A.W. Unru), and the mysterious disappearance of young Murni (Putri Ayudya) and guardian caretaker Ms. Mirah (Ruth Marini). But there’s also a variable quality to the movie’s storytelling that stops “The Queen of Black Magic” from settling into a dreadful groove.

Don’t get me wrong, there’s more to like about “The Queen of Black Magic” than there is to sniff at. Scripted by Joko Anwar (“Impetigore”) and directed by Kimo Stamboel (“Headshot”), this remake has enough painstakingly recreated period and location-specific details to make it a better-than-average throwback, especially during its table-setting opening scenes. Anwar wastes no time in introducing us to an extended (surrogate) family of characters, focusing mostly on three estranged and now grown-up orphans: Anton (Tanta Ginting), Hanif (Ario Bayu), and Jefri (Miller Khan). There are some other protagonists—the three men’s spouses and children, as well as orphanage caretakers Maman (Ade Firman Hakim) and his wife Siti (Sheila Dara Aisha)—but they’re usually of secondary importance.

Supporting characters like Maman and Hanif’s inquisitive son Haqi (Muzakki Ramdhan) push the plot along just by feeling their way around the orphanage, which forces Hanif and his friends to focus on protecting their families from supernatural threats that even they don’t fully understand (not until later on anyway). And while the four male leads don’t have much of an inner life, their spouses are defined by a sentence-fragment-worth of personality, like Lina (Salvita Decorte), who is on a diet, or Eva (Imelda Therinne), a germaphobe. These characters maybe don’t need a substantial backstory given how much emphasis is put on discovering what’s wrong at the orphanage, but it’s often frustrating to see likable cast members presented as means to an effects-driven end.

I wish there was more about Maman and Siti’s bittersweet relationship, especially when they, washing the dishes after a big group meal, exchange subtle smiles when he tells her, “I married you because nobody else would marry either of us." That line characterizes the musty air of resignation that hangs over the orphanage, which is predictably located two hours away from the nearest police station. Still, I would have loved to know more about Siti given that so much of the “The Queen of Black Magic” is inevitably the sins of various fathers and how they burden their loved ones. That’s a built-in limitation of Anwar’s faithfully reproduced story since Maman and Siti both keep watch over a location that represents a prematurely buried past that Hanif and his friends aren’t ready to exhume.

It's hard not to be frustrated when so much of “The Queen of Black Magic” revolves around violence that’s initially upsetting because it’s impossible to understand. The movie’s computer-graphics-enhanced violence also puts a damper on its prevailing ickiness, but really, the main thing about this movie’s scare scenes is that they’re not extreme or original enough to burrow deep into your subconscious. Damp spirits, goosed as they are by Hiro Ishizaka’s evocative sound design, only linger in the mind for a few moments after they’re on-screen. The rest of Anwar and Stomboel’s movie boils down to plot twists and ambience.

Thankfully, that should be enough to keep most horror buffs intrigued throughout (the movie is being exclusively distributed by Shudder). I prefer “Satan’s Slaves,” Anwar’s 2017 remake (which he directed) of the formative 1982 Indonesian horror movie, but even that isn’t as compelling as “Impetigore,” Anwar’s other recent movie about the haunted, half-remembered past. “Impetigore” is so narratively propulsive and visually compelling that it's hard to embrace a decent, but slack retread like “The Queen of Black Magic.” And while Anwar and Stomboel’s remake is probably a victim of bad timing, it’s also not strong enough to overcome its generic set pieces and belabored set-up.

Then again, while “The Queen of Black Magic” might be a fans-only proposition, it could be a good gateway into Indonesian horror, too. Either way, if this movie sounds interesting to you, you should probably see it, if only to decide for yourself what’s worth remembering, and what’s best left underground. 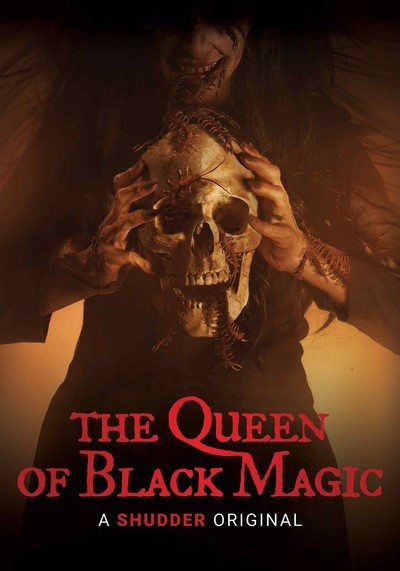