The Plot Against America

“That’s how this happens – everyone is afraid.”

HBO’s excellent mini-series “The Plot Against America” is the kind of nuanced, detailed storytelling we should expect from David Simon, Ed Burns, and Philip Roth. It is not so much about people who do wrong as what happens when people choose not to do what’s right. Roth’s story brilliantly captures an American society in decline as it allows fascism and hatred to weave its way into the national consciousness. Simon and others have made the parallels to 2020 clear in interviews, and the mini-series undeniably echoes rhetoric and hate speech that we have heard in recent years, but there’s something about “The Plot Against America” that feels depressingly timeless—people will look the other way again, often out of fear, and the consequences won’t be immediately drastic, just a slow deterioration of what should have been.

Roth’s novel imagines a world in which Charles Lindbergh ran for President against FDR in the early days of World War II, and he did so on a platform of no involvement in the growing war in Europe. It’s remarkably easy to imagine a candidate arguing that we shouldn’t send our boys to die in a foreign war, and that we should stay out of combat and not get involved in the persecution of Jews, especially if that candidate was himself an American hero. In fact, “The Plot Against America” makes this alternate history remarkably believable by paying so much attention to detail and atmosphere over melodrama.

It helps that we see the changing world through the forced perspective of one family in Newark, New Jersey. The six-episode mini-series starts in 1940, introducing us to the Levin family, led by the headstrong Herman (Morgan Spector) and compassionate Bess (Zoe Kazan). They have two children, older Sandy (Caleb Malis) and younger Phillip (Azhy Robertson), and much of the impact of “The Plot Against America” comes from seeing a changing, increasingly dangerous world through the eyes of children. Sandy is old enough to know who Lindbergh is and idolize him a bit, and so he becomes torn between his father’s belief that the President is a dangerous anti-Semite and wanting to trust in American leadership. It doesn’t help that his aunt Evelyn (Winona Ryder) gets closer to a local Jewish leader named Rabbi Lionel Bengelsdorf (John Turturro), who becomes a mouthpiece for the administration in trying to quell the fears of the Jewish population that what’s happening in Europe could come to the United States. Finally, there’s Alvin Levin (Anthony Boyle), Phillip’s cousin, who goes to Canada, who has joined the fight against the Nazis, only to come home injured and still be considered a criminal for doing so.

“The Plot Against America” takes a micro approach to a macro problem, and it does so brilliantly. Yes, the Levins have a closer connection to Lindbergh himself because of Evelyn and the Rabbi’s relationship, but there’s a palpable sense that there are families like this all over the country in this world—Jewish families who considered themselves Americans until America decided they didn’t care about Jewish people. There are incredibly subtle, complex issues at play here (which is no surprise from the writers of “The Wire,” of course), including the concept that not taking a bold stance against something like Antisemitism creates a tacit approval of it, emboldening racists and monsters by giving them air to breathe. The world becomes more dangerous not just because people commit awful, racist acts, but because people turn the other way when they do, allowing hate to grow.

With such a tight narrative, the quality of the ensemble is essential to a project like this, and everyone is excellent. From top to bottom, this is a cast that understands that this is complicated material, and they distinguish their characters in a way that’s compelling without ever turning them into mouthpieces. The only way this works is if they sell the believability of the alternate nightmare in a way that makes it feel plausible, and the whole cast delivers on that. The third episode, in which the Levins travel to DC amidst rising tension that Herman seems almost defiant to recognize as real, is one of the most impressive hours of television of the last few years. It’s perfectly calibrated and balanced in terms of pushing the story hard in a foreboding direction while also never losing the characters within the high concept.

Why are we so taken with alternate histories right now from “Watchmen” to “The Man in the High Castle”? As the world seems to divide itself into increasingly vocal factions, there’s something fascinating about “what if” scenarios that hold a funhouse mirror up to our own reality. “The Plot Against America” undeniably does exactly that, offering complex, character-driven drama that will linger in your head long after it’s over less for what it says about our past and more for what it’s trying to warn us regarding our future. 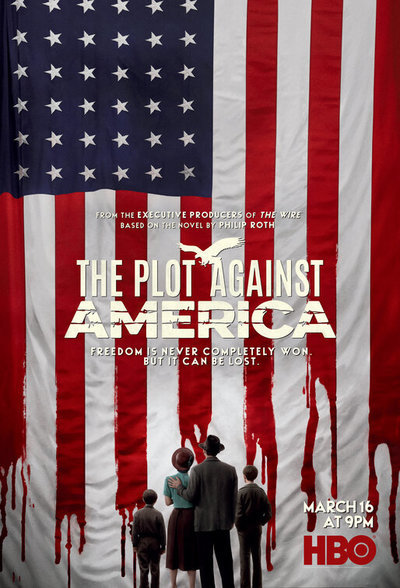