Thomas Vinterberg’s new drama, "The Hunt," allows Mikkelsen to go beyond appearances and showcase his versatility. Wearing wire-frame glasses, his blond hair combed forward, Mikkelsen stars as Lucas, a kindly daycare employee who is falsely accused of exposing himself to a child. His performance — which won Best Actor at this year's Cannes Film Festival — is a nuanced portrait of a fundamentally decent man grappling with a world that has decided to treat him indecently.

"The Hunt" begins with Lucas leading a contented (though not exactly perfect) life in a small town. A teacher by training, he has been left jobless by the closing of the local school; now he works in a daycare, looking after kids during the day and drinking with their parents in the evening. He radiates a sort of quiet, reserved warmth. His caring is genuine, and inspires others to care about him; friends worry that he's lonely, living all by himself in the house he once shared with his son and ex-wife.

Everything changes, however, when — in a moment of anger — one of Lucas' charges tells the daycare owner he sexually abused her. "The Hunt" doesn’t play any is-he-or-isn't-he games with the accusation; it's clear to us from the start that it’s a lie. While the unsuspecting Lucas goes about his work, the daycare scrambles to investigate. A child psychologist is brought in. Damage control is planned.

Finally, Lucas' boss brings him into her office to tell him about what's been going on behind his back; however, she refuses to reveal the name of the accuser or the nature of accusation. Lucas is told to take a few days off while the matter gets sorted out. The parents are all called to the daycare and told about the accusation.

From there, the accusation snowballs. Given a vague list of "symptoms" of sexual abuse — everything nightmares to moodiness — the parents all become convinced that Lucas has molested their children. If it weren't played so straight, "The Hunt" could be taken as a satire of overprotective parenting; when the accuser attempts to recant, it's interpreted as a sign of the severity of Lucas' abuse.

Things only get worse when the authorities refuse to charge him due to an overwhelming lack of evidence. Instead of vindicating him, this leads the community to believe that a predatory pedophile has been allowed to roam free in their town.

This is where "The Hunt" arrives at its real subject: false guilt. Lucas is treated like a criminal by his community; his innocence is irrelevant. With subtle control of his face and voice, Mikkelsen conveys the inner turmoil of a man who is being forced to feel guilty about a crime that never happened.

"The world is full of evil — but if we hold on to each other, it goes away," says one character toward the end of the film. The words are meant to comfort, but instead, they distress. "The Hunt" shows a community banding together against an individual; in the guise of making evil "go away," they commit evil themselves.

This is thematically rich material; unfortunately, like a few too many dramas from the past decade, "The Hunt" resists expressive uses of style, opting instead for gently bobbing handheld camerawork. It's an actor-friendly approach — face-focused, with minimal set-up time — but it ends up limiting the movie to the quality of its performances. It can only convey what the actors are conveying with their voices and faces — nothing more.

Admittedly, the actors manage to convey quite a bit, often subtly. Vinterberg — who broke through with "The Celebration" (1998), which also dealt with child molestation, but whose arthouse cred was eroded by a couple of critical flops ("It’s All About Love," "Dear Wendy") — has settled into being a capable director of actors. Along with Mikkelsen's leading role, "The Hunt" also boasts standout turns from newcomer Annika Wedderkopp as Lucas' accuser and Vinterberg regular Thomas Bo Larsen as the friend whose rejection hurts Lucas the most. However, one often wishes for counterpoint — for the camera to play off of the performances instead of merely recording them. 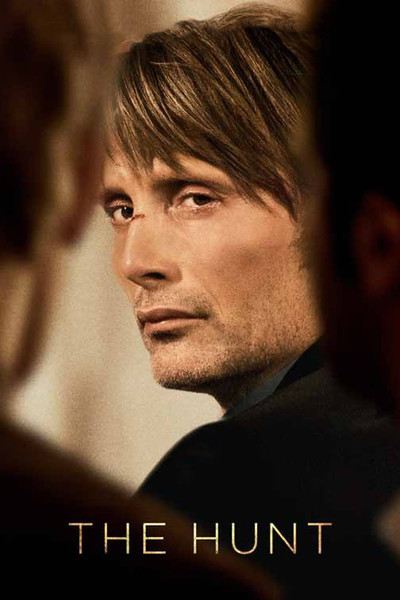