The House of Tomorrow

Coming-of-age bromances don’t come much more endearing than “The House of Tomorrow,” a comedy with dramatic underpinnings that enthusiastically serves nostalgia two ways—one philosophically uplifting, the other musically acidic—in the guise of a gangly pair of unusual Minnesota teen boys who start a garage band. First-time feature director Peter Livolsi supplies his adaptation of Peter Bognanni’s novel with just enough edge, heart and humor to make “Tomorrow” cool enough for older high-schoolers while being relatable for their elders, thanks in large part to its wonderfully in-sync multi-generational cast. It might not always gracefully connect its plot dots, but “Tomorrow” is almost always watchable.

Sebastian (“Hugo’s” Asa Butterfield), an awkward orphaned lad with blissed-out blue eyes and an unfortunate DIY haircut, resides in a geodesic dome dwelling slash museum run by his Buckminster Fuller-acolyte granny, Josephine (Ellen Burstyn, whose flowy garments and an abundance of cascading white hair belie her flinty resolve to control her surroundings). She was a star pupil of this forward-thinking globalist architect who was ahead of his time decades ago (as was Burstyn, as actual vintage film clips reveal) and has dedicated her life to keeping his work alive and relevant—and naturally assumes that her deferential grandson will continue her mission.

One must swallow the assumption that not only can Josephine make a living by running this retro tourist attraction and learning center but also that straight-laced Sebastian has been kept so sheltered during his 16 years. The only music he has ever listened to is his Nana’s classical albums and whale-call selections, he has avoided the temptation of processed junk food and has apparently never been within flirting distance of a girl his own age.

But Sebastian’s calm and cloistered existence is rattled when he meets Jared (Alex Wolff), the rebel son of Lutheran minister Alan (Nick Offerman, a fanny-pack-toting wearer of dad denim who refuses to acknowledge his divorced status). As he is chaperoning a youth group while they tour the dome, Jared—as jaded as the splotches of green in his hair—probably isn’t the primary cause of Nana’s sudden stroke. However, blurting out “Are you crazy?” after she declares she can fix the world probably did not help. With Josephine convalescing, suddenly Sebastian is free to roam in the non-geodesic outside world. That includes tasting soda in the form of RC Cola for the first time, which his grandmother is alarmed to smell on his breath. By the time Alan employs his bag of pretzels as bait, the boy is slowly and surely seduced—especially by Jared’s cute and caustic sis, Meredith (Maude Apatow, doing filmmaker dad Judd and actress mom Leslie Mann proud).

Sealing the deal is when Jared, a recent recipient of a heart transplant who deliberately tempts fate by smoking and skipping his meds, insists that Sebastian listen to the punk rock band the Germs. His reaction after inserting his newfound pal’s ear buds? It is as if he has just heard the siren call of an angry God. After a few perfunctory guitar lessons and a purloined bass at the ready, these two boys, who have more in common than we and they think, are ready to revive rock ‘n’ roll rage and find their places in the world. But first they have to defy the wishes of their smothering loved ones to do so.

Broken families, a physical disconnect from peers, the inherent struggle of not quite fitting into a niche, a longing for the opposite sex—such is adolescence for outsiders. But together, they push each other out of their comfort zones and soon demonstrate a knack for picking the just-right punk band name, a savant-like ability to write songs on the spot and coming up with a devious way to pull a fast one on the ever-suspicious Josephine and always-fretful Alan.

What elevates “Tomorrow” beyond a Sex Pistols-lite guy fantasy come true is the utterly believable link between the two leads. Butterfield is a special delight as he indulges in such forbidden fruit as grilled cheese sandwiches, which he initially gnaws like a guilt-ridden mouse. Such small declarations of independence allow him to find the courage to break free by using Fuller’s principles no less. As for Wolff, his Jared is all bark and no bite as his touch-and-go health concerns make him even more motivated to fulfill his dream of performing onstage. And you don’t have to have had a Sid Vicious poster on your wall to appreciate a soundtrack that features The Stranglers, Stiff Little Fingers and Richard Hell. As Whitney Houston once sang, the children are our future. And, as The Who once declared, the kids are all right—and so is grilled cheese. 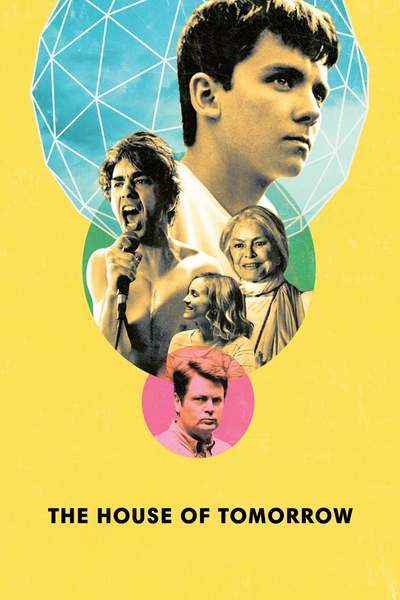