Fred Durst’s “The Fanatic” hates fans. It hates actors. It hates tourists, shop owners, and servants. It really, really hates autistic people. And it hates you. It’s a movie that thinks you’re an idiot, someone who won’t see through its shallow provocations, illogical behavior, and vile misanthropy. It’s one thing for a movie to be deadly dull or incompetently made—and this movie is both of those things, to be sure—but it descends to another level when you realize that it exists perhaps even intentionally to be nothing more than a cinematic version of an internet troll. Find the Block button for this one.

Believe it or not, “The Fanatic” was likely pitched as “Rain Man” meets “Taxi Driver” (with a nod to Eminem’s “Stan” video), and, yes, it’s as disturbingly tone-deaf as that sounds. John Travolta channels decades of annoying fans into his portrayal of a man named Moose, someone the actor has said is on the spectrum, which is the only way to explain even a fraction of some of his more extreme actions here even if using autism to explain illogical behavior is gross. Moose is a loyal horror fan, someone who quotes his favorites (which are as basic as “Night of the Living Dead”) and hunts for memorabilia. He’s not one of those autograph hunters who seeks to resell; he builds shrines in his house to the actors he loves.

One such actor is Hunter Dunbar (Devon Sawa), who happens to be appearing at Moose’s favorite poster shop in L.A. Of course, Hunter is a total prick, someone who first blows off Moose and then quickly gets violent when the big guy shows up outside his house with a fan letter. Moose is aggressive and clearly troubled, but the script requires Hunter to push him, not unlike the bullies who have been his life’s greatest problem. When Moose discovers where his idol lives, he makes a series of bad choices that lead to extreme violence, at which point you realize that Durst thought he was making a horror movie? Maybe? Possibly even a satire? It doesn’t really qualify as either, although I’m loath to call it a drama or thriller too.

Those genres require stakes, internal logic, and characters—three of many things missing here. “The Fanatic” plods along like Moose down Hollywood Blvd., moving forward in such a predictable manner that the whole endeavor just gets more and more depressing. What’s the point? Durst and Travolta use Moose’s autism like a plot device, making him a somewhat lovable outsider when it feeds their needs and a borderline sociopath when they so choose. There’s zero actual character here. Which leads one to ask what they’re saying about fandom. Of course, these two men have a lot of experience with obnoxious fans, but there’s a bizarre, unnerving sense that Durst made this film as a sort of middle finger to the people who made him a star. The real shame is that you can almost see the much-better movie in Travolta’s performance when a glint of Moose’s bullied, wounded existence is allowed a second in his eyes before he’s directed back to the tics and stupid plot. The sense that Durst and company think they’re better than, well, everyone is what takes “The Fanatic” from harmless junk to that rarified air where only the worst movies reside. It’s not just that Durst has the nerve to open his film with a quote from his fictional creation or that the film comes to life when said creation listens to Limp Bizkit and talks about how great they were (no, I’m not kidding), it’s how every frame drips with disdain for its characters and viewers.

There’s nothing wrong with making a film about troubled people, but there needs to be a reason to watch it beyond pointing and laughing. “The Fanatic” is a bully, a movie that knocks around the very people who made its creator millions and even the industry that pushed it into existence. This film has no entertainment value to supplement for the lack of humanity at its center. 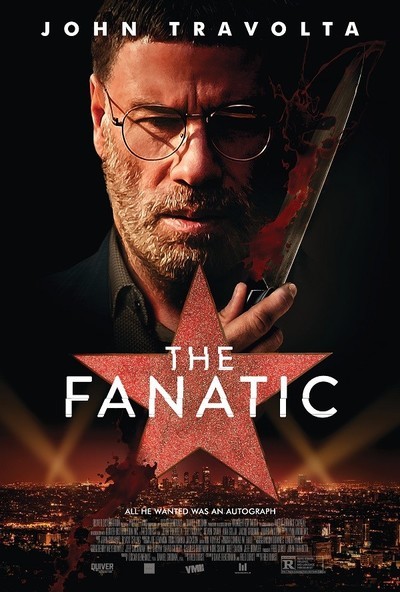 Rated R for some strong violence, and language throughout.