“The Dog Lover” is absolutely such a movie. Opening this week in theaters and on VOD, the directed by Alex Renarivelo (heretofore known, if at all, for direct-to-video racing sagas) from a script by Renarivelo and his producer Ali Afshar, opens with a montage of video images of dogs being generally adorable, which montage then shifts to a depiction of dogs helping folks with autism and being generally of service. While all this is happening, one notices that the cast includes James Remar, the gruff character actor who gave Nick Nolte and Eddie Murphy so much trouble in “48 Hours.” Maybe he plays the bad guy, one thinks.

After the dogs-are-great montage, there’s hidden-cam footage of an illegal “puppy mill,” in which dogs are kept in deplorable condition. The footage, we learn, is being captured by Sara (Allison Paige) and Trevor (Michael King), two eager-beaver young animal rights activists who work for a fictionalized PETA-like organization. At their offices, Sara is subjected to the ice-cold, blue-eyed flattery of agency head Cassie, played by a Sharon-Stone-like Christina Moore. Here’s where little alarm bells went off for me. I know that non-profits are insane and unhappy in their own ways, but I’ve hardly ever gone into the offices of one and had it feel like a negative inside-baseball simulation of, say, CAA. Sara gets a new assignment: to pose as an intern and go undercover at a kennel run by Daniel Holloway, a family business that conveniently also employs Daniel Holloway’s in-his-early-twenties son Will (Jayson Blair), who is as hunky as Sara is comely. (Said comeliness is emphasized in Sara’s casual wear as she walks into Will’s life; Will tells her to cover up a bit, as dad is conservative.)

Dad, that is, Daniel, is played by the aforementioned Remar, and at first, boy is he gruff. But we, and Sara, soon learn that Daniel is a responsible kennel man, who lavishes superb care on his dogs, and whatever problems with canines are afoot in the area are due to poachers near the Halloway land. None of this matters a whit to Sherrie Stringfield’s Jackie, a local animal control authority who’s determined, along with Sara’s bosses, to bring Halloway down.

And here’s where the film gets kind of weird: when you realize that the casting of Remar has been completely against type, the better for the filmmakers to pull a switcheroo. The nature of said switcheroo is evident early on, but it becomes completely explicit when a fake TV commercial that’s a meticulous pastiche of that Sarah MacLachlan ASPCA ad that you switch off every time it comes on the set because it’s just so much of a long-winded bummer is shown on screen, the better to highlight the insincerity of the Christina Moore character. The movie goes on to argue that such agencies aren’t REALLY interested in animal welfare.

The movie is shamelessly manipulative on several levels, and the cast members do their respective bits effectively. Paige and the very unfortunately named Jayson Blair (no relation to the disgraced journalist, but maybe a middle initial is called for here) are appealing, Remar clearly relished the opportunity to play a tough guy who’s really super-tender, Lea Thompson as the Halloway matriarch is very Lea Thompson-esque, and so on. The movie has good production value, moves along nicely, but has rather goofy dialogue (“I thought this whole puppy-saving thing was just something you were doing on the side,” Sara’s dad says to her before she embarks on her mission.) But imagine my surprise when I started to watch what I thought maybe would be some kind of heart-tugging animal-centric melodrama and instead got a pretty bald piece of anti-SPCA and/or PETA propaganda. That’s not a diss, incidentally; propaganda isn’t always bad, but that’s what this is: the movie literally ends with a title card saying “Learn The Truth: Investigate Before You Donate.” 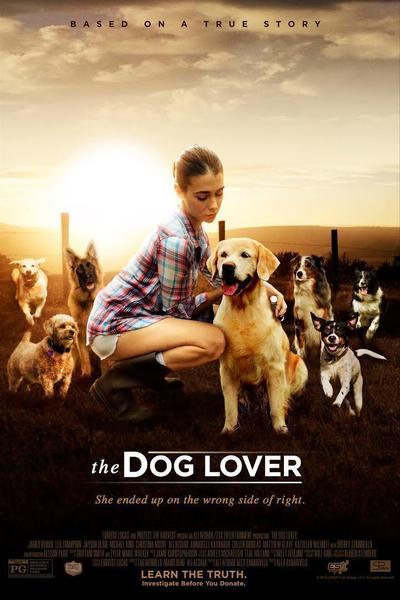 Jayson Blair as Will Holloway