The Devil and Father Amorth

"The Devil and Father Amorth" sees director William Friedkin returning to a subject that drove his biggest box-office success, "The Exorcist," and spawned a seemingly never-ending series of sequels. This time, however, he's made a documentary that spends time with a real-life exorcist, watches him perform an exorcism, and examines demonic possession with help from neurologists and other medical experts.

The cleric in question is Father Gabriele Amorth, founder of the International Association Of Exorcists, and a man who claimed to have performed thousands of exorcisms during his ninety-plus years on earth. In terms of time management, I'm not sure how that would be humanly possible even if demonic possession were a real thing that happened constantly and not, as Friedkin's medical experts postulate, a rare condition that science is not yet advanced enough to fully understand and treat. (The phrase "spiritual disease," which recurs throughout this film, is a fascinating one, though Friedkin and company don't really explore it until the final third.)

This all sounds like it could make for a fascinating movie. But "The Devil and Father Amorth" feels at once bloated and slight, like a DVD supplement puffed up to feature length (an hour and eight minutes, just long enough to be exhibited in theaters as a stand-alone title).

It begins with a prolonged rehash of the real cast that inspired the novel "The Exorcist" by the late William Peter Blatty. Friedkin hosts the movie in the manner of the host of a cable TV series purporting to explore whether ghosts are real, addressing the camera while walking and talking. We see snippets of interviews with Blatty from different periods, and shots of Friedkin revisiting the Georgetown area of Washington, D.C., where parts of "The Exorcist" were filmed.

Then Freidkin moves on to Father Amorth, who calls "The Exorcist" his favorite movie ("I guess, of course," Friedkin says, self-deprecatingly) and was one of the most popular and beloved holy men in Italy—an overwhelmingly Catholic country where, according to this film, 50,000 people a year visit exorcists.

If you're wondering if perhaps living in a culture that tells you demonic possession is a regular occurrence might contribute to people being diagnosed as demonically possessed, well, Friedkin's ahead of you. To his credit, he does dig into the possibility of a kind of confirmation bias occurring. And in interviews with religious as well as medical experts, he notes that many religions believe in possession and have rituals to deal with it. The movie allows that people who don't experience this as part of their religious or cultural tradition don't tend to become possessed and seek help from people like Father Amorth. Robert Barron, author of many books on evil and Satan, advances a kind of horror movie ouija board theory of the phenomenon, warning Blatty that prolonged consideration of demonic forces can increase the likelihood of people becoming influenced or possessed—as if merely reading and writing about such strangeness is tantamount to summoning it.

The best parts of this film are the interviews with medical experts debating possible scientific explanations for what Friedkin captured with his video camera, and that so many horror filmmakers, Friedkin especially, have depicted in fiction. The doctors don't know quite what they're dealing with but are unwilling to close down any possibility out-of-hand.

Much of this falls somewhere on the spectrum between cornball hucksterism and "you could have learned this by visiting Wikipedia," but things turn problematic when Friedkin goes into a room where a woman named Cristina who has been through eight exorcisms does a ninth with Father Amorth. Family and friends look on as Amorth exorcises her while she sits in a chair being restrained by several men (an image of patriarchal domination that goes unexamined by Friedkin himself). It seems obvious that Cristina is disturbed, though whether the problem is the Devil or undiagnosed mental illness is something that Amorth and the church that backs him seems unwilling to examine too closely.

The guttural growls that come out of Cristina are certainly unnerving, but it would have been wise for Friedkin to state on camera that the audio has not been manipulated in any way, because it sure sounds like something out of "The Exorcist." I.e., unnatural yet very Hollywood. Also unexamined is the question of how effective exorcism is if the demonically possessed have to go back nine times. Even the ninth visit doesn't quite do the trick; Friedkin and a colleague tell the story of meeting Cristina and her boyfriend later in a church and witnessing frightening and unexplainable things, none of which are shown on video because at that momentous juncture, Friedkin rushed into the church without his video camera. We just have to take his word for everything, and given how hinky a lot of this film is, that's not something skeptics will be inclined to do. 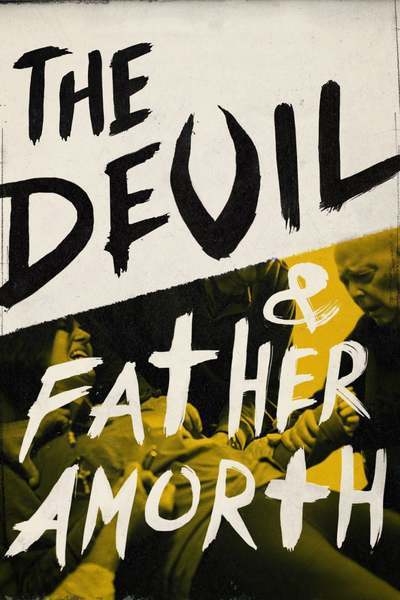