The Curse of La Llorona

I may not have grown up with the legend of La Llorona, but I grew up with a healthy respect for superstitions and things that cannot be explained. In a number of Latinx communities, some of us give our children a piece of jewelry or amulet to ward off the evil eye (it can vary from country-to-country, as the evil eye varies from culture-to-culture). Mine is a bracelet of black and red beads that my mother bought. Even if you’re not a true believer of such curses, it’s preferable to be safe than sorry.

I was ready to unearth those ancient fears when I walked into the South by Southwest premiere of “The Curse of La Llorona.” On our way into the theater, there were curanderos waving sticks of sage over the audience and we were given a red pañuelo. After a brief word from the film’s director, Michael Chaves, the main curandero took the stage. To ensure we didn’t take any bad spirits from the movie (or the haunted Paramount Theatre), he warded off the evil eye by waving a wind chime-like collection of blue and white charms, shook a maraca to drive away bad spirits, said a prayer as he brushed away bad feelings with several clothes in one hand and then instructed the audience how to wipe away negative energy with the pañuelo. He warned us not to bring the pañuelo home or we’d risk bringing those bad spirits back with us.

I wished “The Curse of La Llorona” lived up to that build-up. The loosely tied latest entry into “The Conjuring” universe suffers from an anemic script with too little scares and an under-appreciation for who would likely be its core audience. Screenwriters Mikki Daughtry and Tobias Iaconis (“Five Feet Apart”) approach horror as if only newcomers to the genre will watch the movie. It’s frustratingly simple, the dialogue over-explains everything and while there are a few solid moments of suspense, there’s too much dead air in-between. In the Q&A after the movie, it sounded like an existing script was retrofitted to fit in “The Conjuring” series’ creepy doll, Annabelle, and a few other references.

In his feature debut, Chaves proves himself a close student to James Wan’s visual style, including spooky set pieces that psych out the audience and good use of darkness and interior space. There’s even a nod to Sam Raimi’s “Evil Dead” camera swoop from the point-of-view of the invading spirit charging the front door. Yet, either because of budget or creative choice, his entry into “The Conjuring” series lacks the aged sense of the original, which felt steeped in horror movies of the late ‘70s. While this story is set in 1973 Los Angeles, it does not feel at home in that era apart from old school TV dinners, lack of cell phones and an old TV set.

I know many are looking forward to “The Curse of La Llorona” because it’s one of the painfully few horror movies to center on an Latin American folk tale and feature a Latinx cast even though our demographic flocks to the genre. However, the lead character, Anna (Linda Cardellini), does not identify as Latina, only that she’s the widow of a Latino police officer. Her kids, Chris (Roman Christou) and Sam (Jaynee-Lynne Kinchen), don’t speak Spanish and the family doesn’t seem to keep up any cultural ties other than the last name of Garcia. In the movie, Spanish functions as the language of the other – the language used by a deranged woman, a folk healer and a murderous ghost. The Spanish in “La Llorona” offers nothing like the feeling of home and safety like the Spanglish lines in “Spider-Man: Into the Spider-Verse” when Miles Morales is packing up to leave for school and his mom talks to him in Spanish while his dad speaks in English. Bilingual viewers may be also annoyed when the same line is repeated in both languages. In order to sidestep using subtitles, “The Curse of La Llorona” does not translate the Spanish language dialogue, which is kind of a treat for Spanish speakers in the audience, but reaffirms the otherworldliness of La Llorona and the curandero, Rafael (Raymond Cruz). The sporadic words and handful of sentences are basic (and brief) enough that non-Spanish speakers won’t get lost.

Perhaps the film’s most grievous sin is that it isn't very scary. There are a few enjoyable moments – like when La Llorona appears behind the unsuspecting little girl to wash her hair and the ghost attacks kids in a Catholic orphanage – but the plot feels fairly mild, as if one of our traditional dishes was made without enough seasoning. The performances are good despite the script, the design of La Llorona is okay, but nothing made me feel like I needed a limpia after watching the film. On our way out, the curanderos were back outside with sage, and I got a cleansing for the hell of it. After she was done, I asked the woman what she was practicing and she told me it was Santeria, a religion that started in my parents’ country of Cuba, not Mexico, the home of La Llorona. The conflation of practices and beliefs made me wonder if part of the reason the Garcia family lacked cultural ties was an attempt to appeal to all U.S. Latinos, but in losing that cultural specificity, I lost the connection to what makes our ghost stories “ours.” While it was fun to watch a big budget horror movie finally play in the fertile grounds of Latinx superstitions, I wish we had a better reason to break out our sage.

This review was originally filed from the South by Southwest Film Festival. 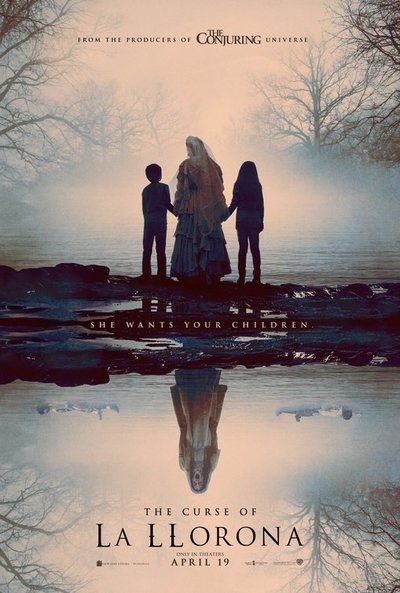