The Bob Dylan lyric “I pity the poor immigrant” may well spring to mind to viewers of Milad Alami’s “The Charmer,” although at first glance there seems to be little that’s pitiable about the film’s protagonist, Esmail (Ardalan Esmaili), an Iranian living in Denmark. Handsome and well-mannered, the young man evidently has an active sex life due to his facility at picking up women. Yet the more we see of his circumstances, the clearer it becomes that behind the guy’s polished exterior, something else lurks – desperation.

A sharply crafted drama that has elements of noirish suspense, the Danish-Swedish coproduction, which is distinguished by exceptionally fine performances by its three leading actors, offers an incisive, penetrating look at the psychological disorientation and dilemmas of people caught between cultures. In the case of Esmail, that entails certain challenges and complications in his romantic life. Early in the film, we see him at a posh country party where he stands out as the only dark-haired guy in a sea of handsome Danish blonds. Smooth and poised enough to blend in socially, he’s with a woman he’s dating who apparently is also comfortable, but perhaps only in a crowd.

When they’re alone, they both enjoy a passionate coupling in bed, but as soon as they start talking, her unhappiness comes out. He has been “rushing things,” she complains. They barely met and then he presumed to move in with her. She can’t take it. This is not what she wants. Abruptly but decisively, she breaks off the relationship.

The reasons behind Esmail’s tendency to rush things with women crystallize when he has a meeting with immigration officer and it becomes apparent that time is running out for him to find the partner that can gain him the right to stay in Denmark. Needless to say, this quest dominates his life. When we see him in his shabby apartment, he seems preoccupied with cleaning his clothes, evidently aiming to create the look that will assure his next conquest.

Esmail’s home away from home, a trendy bar in downtown Copenhagen, is where he pursues those conquests. One night there he meets a lissome blonde who has a sultry Iranian-Danish friend named Sara (pop singer Soho Rezanejad). When the women invite him to accompany them to a Persian party, he doesn’t seem eager to go, but once there he enjoys the conviviality and a performance by Sara’s mother Leila, a famous singer (Susan Taslimi, the legendary Iranian star of “Bashu, the Little Stranger” and other films by Bahram Beyzai).

The romance of Esmail and Sara is like a dance in which the partners start off wary of each other. She’s unhappy that she’s still living at home, and the ease with which Esmail charms the local Iranians, who quickly come to assume that they’re a couple, displeases her. Likewise, her mother’s liking of the young man adds to her discomfort. For his part, Esmail seems sensitive to the class differences. She’s well-heeled and educated, an aspiring professional, while he’s reluctant to let on that he makes his living as a furniture mover. (Although we see him talking to family back home, and sending money, we never get any idea of what kind of work Esmail did in Iran. Yet, as Abbas Kiarostami’s “Close-Up” and other films have shown, some lower-class Iranians are self-educated enough to pose as members of the middle class.)

Despite these barriers, the attraction between them grows. Yet the things separating them also continue to mount in importance. One factor that Alami and his actors render with skillful subtlety is that Sara is grounded, has an identity that comes from having grown up in this place, while Esmail, not unlike Leila, is a person divided, torn between a culture he can’t leave behind and one he can’t seem to fully assimilate to. Given the ongoing migration of Middle Easterners to Europe, this dynamic in the story obviously has resonances for many people currently, and “The Charmer” dramatizes it with great psychological and cultural acuity.

Alami, as an Iranian now based in Denmark, has a background similar to his characters’, and so is able to portray the Persian-Danish community seen here with great authenticity. Beyond that, this debut feature evidences a filmmaker of considerable talent. His mounting of scenes proves consistently precise and eloquent, and his skill with actors is especially impressive. Swedish-Iranian actor Esmaili gives Esmail both surface charm and real depth, while Rezanejad brings both warmth and complexity to Sara. For longtime fans of Iranian cinema, seeing Susan Taslimi as Leila is an added bonus here; she’s as charismatic as ever. 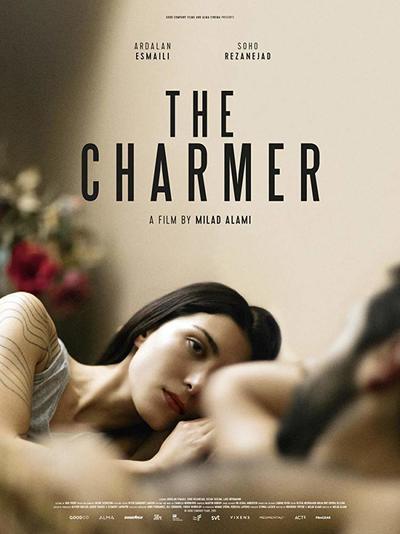