In the parking lot of a gym where he sometimes works as an instructor, Joe Carman is turning a huge tractor tire over, and over, and over. There’s a guy who’s spotting him—inasmuch as you can spot someone who’s manhandling a gargantuan slab of rubber—and Joe asks the fellow, “How old are you?” “24” is the reply, and Joe responds, gruffly but wistfully, “Oh, I wish I was 24 again.”

Joe wishes a lot of things. Mainly, he wishes to continue a sideline career in cage fighting, the semi-pro subset of mixed martial arts. Now 40, on his second marriage, a doting father to four daughters, Joe makes his living in a boiler room working for the Seattle Ferry service, doing maintenance. But he lives to fight. Being 40 isn’t the only problem with this determination. The fact that he’s promised his family that he won’t is another.

“The Cage Fighter” is a documentary directed by Jeff Unay, who has a background doing post-production effects work for movies such as Peter Jackson’s “King Kong” and James Cameron’s “Avatar.” This is not the movie you’d necessarily expect from him, but his background definitely influenced his storytelling style. This brisk, concise movie (it’s only 80 minutes long) combines a you-are-there feel with an innate sense of storytelling structure. Even an ordinary event like Joe making pancakes for his kids is shot and edited with an economy and sense of purpose related to dramatic narrative. This, combined with the fact that Joe is likable, and his daughters at least are appealing foils, makes “The Cage Fighter” a movie that’s a pleasure to watch.

Your mileage may vary depending on how tightly you latch on to the story. Although it’s a documentary, “The Cage Fighter” teems with characters that are familiar from fictional tales. Goodness knows that the almost-washed-up-boxer is a stock character nearly as old as cinema itself. “The Cage Fighter” gets some extra juice from the fact that Joe’s compulsion to continue fighting is in some sense a mystery even to himself. When he’s in the ring, he says to his furious wife, “I’m proud of myself … I like me.” But in a sense you can see he knows he’s making excuses. His oldest daughter, not without affection, calls him out pretty sharply: “One more fight, I have to redeem myself … one more fight, I need closure,” she says in an unsparing impersonation of her dad.

Some clues as to what drives Joe come out when the fighter visits his own dad, a lout of near-staggering proportions who serves as a negative role model. And the mystery of what drives a man to seek glory in cage fights is underscored in two scenes. In one, a colleague observes “Cage fighters are like strippers …we’re cool to hang out with, but not much else … something has to be wrong with us.” And late in the film, Joe sits down with Clayton Hoy, a much younger MMA star whom Joe hopes to at least face off against some time. Over beers, Hoy reveals to Joe just how much of a mess his own life has become. Getting beat up for little money and a very particular amount of attention—what’s the deal with that? Thinking that despite all the good things you’ve got in life, there has to be something more isn’t just a crisis in masculinity, as this movie unavoidably frames it; it’s possibly part of the human condition. “Discipline is an act of freedom” is an adage painted on the wall of Joe’s gym. You could substitute “acceptance” for “discipline” and still be correct. Is Joe’s lack of acceptance a mental block that will eventually deprive him of everything he’s got, or is it a motivating force that will push him to greater heights? The movie ends with the question unanswered … but the odds don’t seem to be in Joe’s favor. 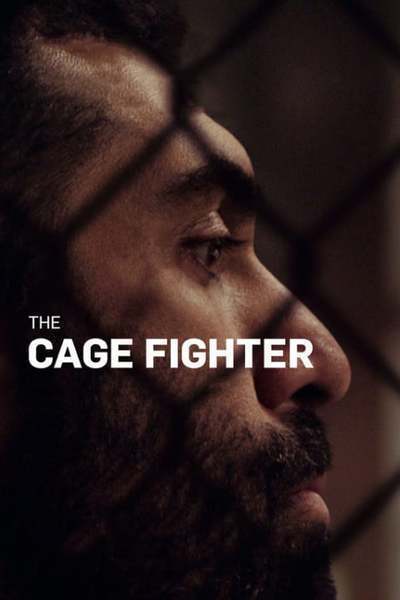