Theodore Melfi’s “St. Vincent” is defiantly crowd-pleasing, complete with the relatively shallow characters and simple resolutions that such an often-derogatory phrase encompasses. Critics often find a way to cut the legs out of a film just by virtue of how neatly it dots its i's and crosses its t's, as if making a movie that appeals to a wide demographic is inherently too easy to merit praise. Of course, this is nonsense, and there is such a thing as well-made cheese. “St. Vincent” is a piece of very well-made cheese, a movie in which one can feel its manipulations and heart-string pulling, but the talented ensemble makes those critical talking points easy to dismiss. One could sit and pick it apart, noting that the script probably doesn’t work without such A-list talent to imbue it with something that often enough feels real. But one could also just enjoy the cheese.

Vincent (Bill Murray) is a hard-drinking, hard-living, hard-luck New Yorker. He lives alone, sleeps with a pregnant hooker (Naomi Watts), gambles away anything he earns that he doesn’t leave at the bottom of a glass. His bank account is overdrawn, his health is failing and he has no real friends that he doesn’t pay. He’s the joke-telling old guy at the end of the bar—entertaining for a bit, but no one you want in your life long-term.

Enter Oliver (Jaeden Lieberher), Vincent’s new neighbor, the quiet, sweet child of soon-to-be-divorced Maggie (Melissa McCarthy). Oliver’s mom has to work long hours, while also dealing with the pending custody arrangement for her son. So, Oliver has nowhere to go after school. Maggie enters an agreement with Vincent, in which she’ll pay him to babysit the young man. Of course, this leads to trips to bet on the horses, late afternoons at the bar, and encounters with the aforementioned lady of the night. And, of course, Vincent helps Oliver grow up a bit while Oliver helps Vincent find some joy in life.

It’s undeniably simple. I haven’t even mentioned the caricatures of the Catholic teacher (Chris O’Dowd) or bookie (Terrence Howard). And yet I couldn’t help but fall for some of the film’s simpler charms. Murray and Lieberher have a natural, unforced rapport that’s harder to pull off and rarer in films like this than people think. The “Dennis the Menace” aspect of their dynamic could have been far more cartoonish and overplayed. On paper, it probably sounds like it is, but the individual beats between this veteran comedian and this talented newcomer connect. Oliver is a uniquely generous child, the kind of kid who sees the good in people, even grumps like Vincent. And that balance of youthful optimism and old pessimism has an infectious charm. The realization that life has a new chapter, a new outlook and a new friend in store for us long after we’ve thought the book was closed is a theme as old as cinema, but sometimes it’s more about the execution than the freshness of the theme.

It helps to have a cast this committed to the concept. Murray in a starring role is rare enough nowadays that all opportunities to see this great actor work should be savored. And it’s remarkably refreshing to see McCarthy break free from the larger-than-life schtick of her recent comedy misfires and remind us she has more range than she’s been allowed to show. Even Watts finds beats in her admittedly ridiculous character that connect. Finally, Lieberher has the kind of easygoing, unforced charm that casting agents kill for on a project like this one. He’s as likable as the movie that surrounds him. And, sometimes, being likable is enough to make a difference. 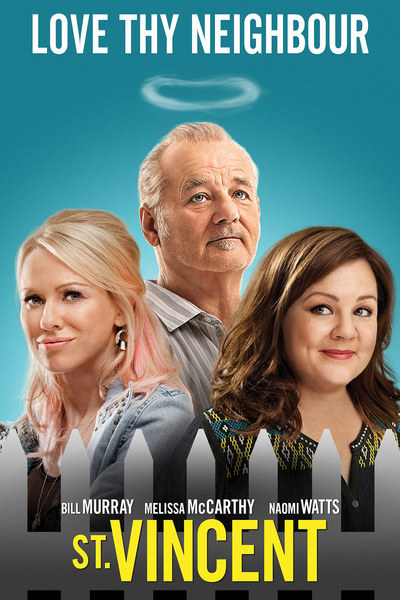