Environmentalism and feminism are one and the same in Agnieszka Holland’s gloomy, dystopian fable “Spoor.” Co-directed by Holland and her daughter Kasia Adamik with dreamlike quality, the film’s mossy world is a lush and damp one, where Mother Earth is threatened by men in ways both insidious and blatant. Imagine if the Coen brothers wrote and directed one of those darkly revisionist Disney films like “Maleficent,” and you will find yourself within the borders of this tale’s mountainous town pitched somewhere between Poland and Czech Republic, where men are ruthless, ungentlemanly hunters, empowered to disturb nature’s peace and wreck the well-being of the animals that reside within it.

They are also the destroyers of everything that matters to the movie’s central character Duszejko (Agnieszka Mandat), a hippy-ish, retired engineer and school teacher as well as a flesh-and-blood mother of the nature herself, leading a lonesome but principled life in that bloodthirsty village. Passionate about animal rights and astrology, the Klodzko Valley resident enjoys a decent, quiet existence with her two beloved dogs and plenty of Bach in the background until blood starts spilling mysteriously. It all begins with the inexplicable disappearance of her four-legged best friends one day. Facing man after unsympathetic man in her quest to find them—including one especially deranged priest who shames her for referring to her dogs as her children and denies a fact as obvious as animals having souls—Duszejko finds herself in the midst of an blood-splattered maze with an increasing body count.

One of the first victims that the crime wave claims is a violent poacher who lives next door to Duszejko. Then others join the ghastly aftermath: a police chief, a farmer, a local celebrity with shady connections. In the meantime, if only people would take Duszejko’s instincts seriously; that nature is finally fighting back and taking revenge from mankind for all their abuse and harm, and learn to read the earthly signs of dead deer and moody woods the way she does. But her warnings to all the local folk fall on disturbingly deaf ears, with curt and misogynistic authorities dismissing her worries (among them is a routine breaking of hunting laws) as crackpot theories from a crazy old woman. At least Duszejko proves to have some people around her that she could allegedly depend on—an interesting and deeply mysterious bunch with distinct peculiarities you’d expect in the orbit of such an eccentric character. There is Dyzio, an epileptic computer specialist who works at the police force. There is Matoga, a long-time neighbor who discovers the body of the dead poacher along with Duszejko. Also in the picture is a young woman on a heroic quest to regain the custody of her brother by any means necessary.

Adapted from Olga Tokarczuk’s novel Drive Your Plow Over the Bones of the Dead, there is a loud political edge to “Spoor,” one that deals with animal rights and patriarchy head on, if not a little heavy-handedly. In that regard, her tale is a crowded one covering competing themes, genres and an array of multifaceted characters (an even a romantic plot-line somewhere in there), making one wonder whether an episodic treatment would have suited the source material better. Still, Mandat’s committed performance that wears the horrors of the tale on its sleeve makes the affair more than worthwhile. Not to mention Holland’s cinematic mastery itself that charges every frame of her misty, mud-ridden and chilly-to-the-touch film with the grandeur and ominous aliveness of the nature that surrounds Duszejko’s world. (Sensitive eyes should be warned that dead animal bodies and related grisly scenes won’t be uncommon throughout “Spoor.”) While it doesn’t measure up to some of the director’s greatest such as “In Darkness” and “Washington Square,” “Spoor” makes an unmistakable political statement nonetheless, with Holland’s lens capturing the heart and soul of the animals some of the film’s despicable characters cruelly disregard. 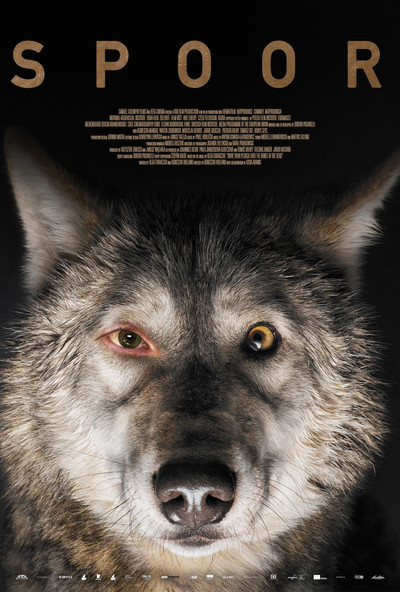