The world of "Small Crimes," directed by E.L. Katz, is grubby and corrupt. The characters are brutish and morally compromised beyond repair. Taking place in a small Midwestern town, the atmosphere is an airless bell jar. Into that world steps Joe (Nikolaj Coster-Waldau), a former dirty cop, released from a six-year stint in prison, staying with his parents and trying (half-heartedly) to rebuild his life. "Small Crimes," an adaptation (by Katz and Macon Blair) of the novel by David Zeltserman, is a genre film hampered in a muddy underwater mood, and while there are some startling twists and turns, it never quite lifts itself out of its malaise. This is not helped by the way the script handles exposition by avoiding it almost entirely. Names from the past proliferate: Billy, Phil, Junior ... and it's hard to keep them straight, it's hard to figure out what actually happened, who did what to whom.

Joe may be a handsome strapping guy who looks like a movie star, but he emanates Loser. He's a guy with no substance and a semi-flat-affect, a guy drawn to the quick fix. He caves to corruption easily. He got sober in prison, and flashes his sobriety chip around looking for congratulations, but visits a bar within days of release, downing a shot, and getting drawn into a possible hookup by a beautiful young woman who comes onto him hard. Joe has two daughters whom he hasn't seen in years, and their mother has denied him custody rights (who can blame her?). His parents (Robert Forster and Jacki Weaver) have already had it with their son, they both gave up on him a long time ago. Forster is particularly wonderful here, his sad-dog face looking at his son's "damage and mayhem," as he calls it, with baffled hurt eyes. He informs Joe that he recently read a book called "Understanding the Narcissistic Personality Disorder," in an attempt to comprehend his son's inability to live a meaningful life. It's strangely touching and sad.

The criminal element in the town is a seething den of snakes, with old colleagues and cronies rising up to collect debts from Joe the instant he is released from prison. Pat Healy plays a full-on psychopath, out to get Joe. Gary Cole plays a police lieutenant who offers Joe an irresistible "carrot": kill someone who needs to be killed and get a revised custody agreement. Nobody plays amoral like Cole. There's a beautifully shot nighttime scene where the two characters sit in the bleachers at a football field, drinking beer, and Cole, staring out at the field, says with sincere regret, "Goddamn, I miss high school." That one line, pathetic and revealing, could describe the interior life of almost everyone in the film. Whatever potential they may have all had vanished a long long time ago. Everything is in the rearview mirror.

The genre elements in "Small Crimes" are very strong: the dark country roads, the sense of evil lurking in the shadows, threatening to engulf innocence. Joe—always hoping for the best in a shallow and delusional way—ignores all the signs. He cannot recognize a Bad Idea. Even his involvement with a hospice nurse (Molly Parker) is suspicious. He is into her, but he also seems to be using her to get to his "mark." Nobody is "clean" though. The way Parker's character talks about being redeemed from past actions, of giving people a second chance, is intriguing. What is she hiding? What are her ghosts?

Macon Blair (co-writer of this and "Blue Ruin," a sensational film which won the Directors' Fortnight at Cannes, and director of the Sundance-winning "I Don't Feel at Home in This World Anymore") shows up in a small role, as do many other fine actors. The characters don't inhabit anything resembling a real world, they inhabit the plot of the film, playing out their small parts in the potential blood bath gathering on the outskirts of town.

"Small Crimes" works in part but is strangely murky in others. There's a lot of dead air. It's the pettiness, the small-ness of the characters that makes the greatest impression. 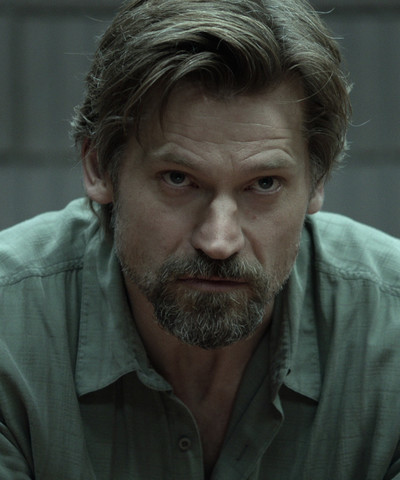 Writer (based on a novel by)