She's Out Of Control

What planet did the makers of this film come from? What assumptions do they have about the purpose and quality of life? I ask because “She's Out of Control” is simultaneously so bizarre and so banal that it's a first: the first movie fabricated entirely from sitcom cliches and plastic lifestyles, without reference to any known plane of reality.

The film stars Tony Danza as Doug, a divorced dad with an unhealthy obsession about the dating behavior of his teenage daughter, Katie (Ami Dolenz). He wants to keep her forever trapped in an asexual prepubescent hinterland, but then Doug's fiancee, Janet (Catherine Hicks), takes the kid for a complete beauty makeover: hair, makeup, wardrobe and attitude. And the next time Doug sees his daughter, she's descending the staircase looking like she stepped out of one of those soft-core perfume ads.

Doug spends a lot of time looking at his daughter. He sees her so specifically as a sexual creature and is so obsessed by what he sees, that in another movie his attention would probably seem perverse.

The character in this movie is so dim-witted and lacking in psychological insight, however, that his behavior is not so much perverse as slack-jawed.

There are a couple of minute subplots in the movie, one involving the romance between Doug and Janet, and the other one involving Katie's influence on her kid sister, Bonnie (Laura Mooney).

But the heart of this movie is the father's unsuccessful attempts to enforce curfews, dictate behavior and curtail the emotional development of his daughter.

The scene that sets up this obsession is a sick one - the sicker the more you think about it. Doug takes the family to the beach and then stares in horrified fascination as Katie comes running out of the surf in her one-piece bathing suit, her breasts bouncing in slow motion like outtakes from a TV jiggle show.

The problem with this scene is that Doug seems to regard his daughter not in parental terms but in sexual ones. The movie does not possess a shred of healthy insight into the process by which people mature; it sees adolescent girls as commodities to be protected from predatory males.

The French director Jean-Luc Godard once said that the way to criticize a movie is to make another movie. By a happy coincidence, just such a movie is opening on the same day as “She's Out of Control.” It's called “Say Anything,” and it is healthy, sensitive and true about the relationship of a father, his daughter and her boyfriend. It is a movie about personal standards, about learning to trust, about growing up healthy and sane. The people who made “She's Out of Control” could learn a lot from it. 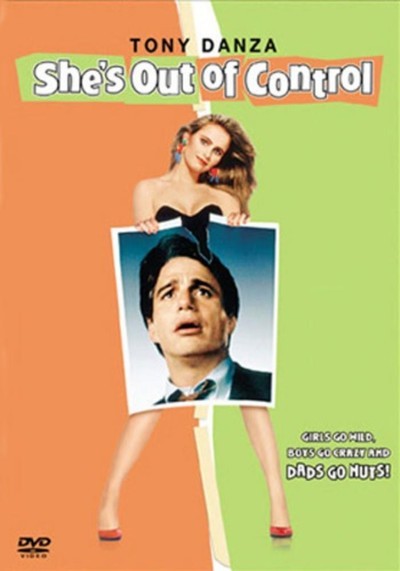