Back in the 1990s and even in to the early 2000s, con artists couldn’t lean on the Internet to pull off their schemes. No, they had to defraud their victims the old-fashioned way. Through eye contact. And much, much more.

In the opening scene of “Rogue Agent,” a somewhat fact-based thriller written and directed by Adam Patterson and Declan Lawn, adapted from a magazine article by third co-screenwriter Michael Bronner, the yet-to-be-introduced character Alice explains in voice-over, “There’s a trick that spies use. He told me that they learn it on their first day of training. If you want to make an instant connection with someone, look into their eyes. Just long enough to register their eye color.” As she’s telling us this, James Norton, playing real-life con man Robert Freegard, is charming a pub manager into a bartending job using exactly this technique.

Freegard then begins using the gig for nefarious ends, which involve casting a spell over an entire family and compelling them to give up their home. The scheme is heinous, complicated, and also jaw-droppingly ballsy. The end point of that story isn’t told; instead, the movie cuts to nine years later. Freegard’s fronting now as a luxury car salesman, and one morning he thinks he’s having a meet-cute with Gemma Arterton’s Alice, who disabuses him of any pickup notion quite profanely. Alice is in litigation investigation, and she’s nobody’s cookie, let alone mark. Or so she believes. Unfortunately she soon feels guilty about telling off the admittedly handsome and suave auto plugger, and agrees to a date with him.

What follows is a pretty dazzling display of con man survival skills. Even as Alice is having Freegard checked out, she’s falling for him. He makes a mean Bolognese and has a smooth line of patter. And he’s able to keep it up no matter what Alice and her detective friend turn up on him. His improvisational skills are fabulous. The identity he gave Alice was false? Well SURE ... that’s to protect her! He’s really an MI-5 agent and can’t blow his cover. And so it goes.

And once she’s fallen, cue up The Cure’s “Just Like Heaven” on the soundtrack. (This is the movie’s most egregious dip into cliché, which it mostly wills itself to sidestep throughout.) Had “Rogue Agent” just served up another hour and ten minutes more of Alice getting successfully gaslit, it would be a rather dreary movie. Fortunately, it doesn’t. One last revelation makes the scales fall from her eyes, and the rest of "Rogue Agent" is devoted to her effort to bring him down. Which, she convinces the two law enforcement figures with whom she collaborates, she is uniquely qualified to do.

Interspersed with this story is a tense thread in which Robert toys with Sophie (Marisa Abela) a young woman who’s family he’s victimized, and who he’s holding hostage. It seems he doesn’t quite know how to dispose of her, so he’s been convincing her that she’s in training for an intelligence position. And after Alice cuts Robert off, he takes up with the American Jenny (Sarah Goldberg, who you may know from “Barry”) and persuades her to convince her parents to wire $80,000 his way. Big mistake: this gets the American Embassy in England involved.

This movie is a highly fictionalized account of Freegard. It looks as if several character are composites, and some of the real-life timeline has been juggled. The narrative has also been manipulated to give it a little scent of #MeToo, but the movie is obliged to inform us that somehow Freegard has beaten the raps against him and walks the earth a free man.

The direction is efficient and coherent. Arterton has been lately choosing roles that emphasize flinty self-determination over movie-star charisma, and she’s getting better at them all the time; this is one of her most credible and engaging portrayals yet. James Norton is equally impressive. While we’ll never know the “why” of monsters like Freegard, Norton is excellent at positing, with glances and unusual reactions, a rather desperate inner life for his character. 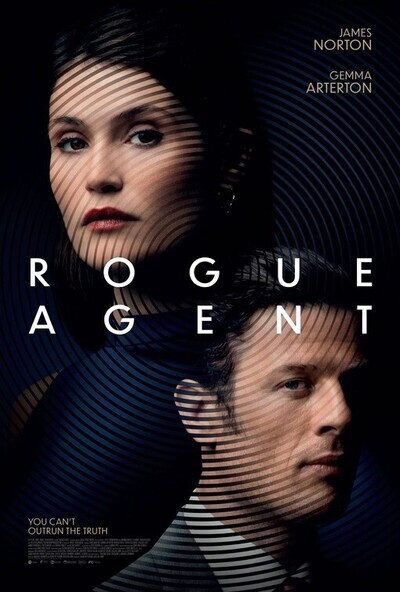