At the beginning of this film, Richard Pryor is clearly nervous. He is back on a stage for the first time since he set himself on fire. That means he is working with the stand-up comedian's greatest handicap, the audience's awareness of his vulnerability. Whatever else they do, comics must project utter confidence in their material, and when Pryor had his accident, he also had his whole hip image blown out from under him. So it's a shaky start. He begins by almost defiantly using the word "fuck" as an incantation, employing it not so much for shock value (does it still have any?) as for punctuation. His timing is a little off. He is not, at first, the supremely confident, cocky Richard Pryor of his earlier films. But as he gets rolling, as he populates the stage with a whole series of characters, we watch the emergence of a Richard Pryor who is older, wiser, and funnier than before. And the last fifty or sixty minutes of this film are extraordinary.

“Richard Pryor Live On The Sunset Strip” was filmed at the Hollywood Palladium, down at the unfashionable east end of that legendary street of rock clubs, restaurants, hookers and heroes, hot-pillow motels, and some of the most expensive real estate in the world. The movie opens with a montage of the strip's neon signs (including the Chateau Marmont, where John Belushi died). Then it cuts inside to the Palladium auditorium, and Pryor walks onstage and lays claim to being the most talented one-man stage show in existence right now.

His gift is to be funny and painfully self-analytical at the same time. Like Bill Cosby, he gets a lot of his material out of memories of growing up black in America. But he sees deeper than Cosby, and his vignettes capture small truths and build them into an attitude. In the brilliant middle sections of this film, he uses just his own voice and body to create little one-act plays, such as the one where he recalls working in a Mafia-owned nightclub in Ohio. In that one, his Italian-American-gangster accent is perfectly heard; in another skit, about the animals in Africa, he turns into a gifted physical comedian, getting laughs out of his impressions of the movements of gazelles, water buffaloes, and lions--and ending with a hilarious observation of the body language of two whites passing each other on the street in black Africa.

The whole middle passage of the film is that good. The last twenty minutes is one of the most remarkable marriages of comedy and truth I have ever seen. He talks with great honesty about his drug addiction, his accident, and how his life has changed since he stopped using drugs. He confesses that in the three weeks before his accident, he holed up alone in his room with his cocaine pipe, which talked to him in reassuring, seductive tones uncannily like Richard Nixon's. Then a friend, the actor Jim Brown, came to see him, and asked him flat-out, "Whatcha gonna do?" There was nothing he wanted to do but hide in drugs. What he finally did was set himself on fire.

I saw the film the same day that actor Shay Duffin opened his one-man evening with Brendan Behan at the Apollo Theater Center in Chicago. The papers that day carried the news that Belushi had overdosed. Behan, of course, killed himself with alcohol. Some day, inevitably, an actor will give us an evening with John Belushi. The dramatic structure is all there, for the Behans and Belushis: The genius, the laughter, and the doomed drive to self-destruction. Watching “Richard Pryor Live On The Sunset Strip”, a breathtaking performance by a man who came within a hair of killing himself with drugs, was like a gift, as if Pryor had come back from the dead to perform in his own one-man memory of himself. It is good we still have him. He is better than ever. 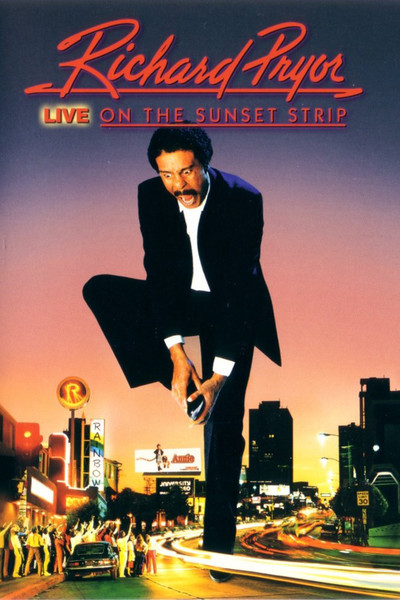