A woman at a bar appears incredibly intoxicated, falling over in her seat and barely able to keep her head up, when she’s noticed by three average guys. One of them, played by Adam Brody, saunters over to her with, he tells himself, the best of intentions. She’s in trouble. He’s a “nice guy.” And if he doesn’t get her home safely, a bad guy may do something horrible to her. Something he would never do, of course. So he introduces himself to Cassie (Carey Mulligan), who’s clearly way too intoxicated to know what’s going on. And, of course, as he helps her get home, he suggests maybe that they go to his apartment first. Despite her being barely conscious, he starts to kiss her and then moves to the bed. And that’s when he realizes that not only is she not drunk but he’s not really a nice guy.

Cassie, the heroine of Emerald Fennell’s ambitious debut “Promising Young Woman,” has an interesting hobby. Dropping out of med school years ago after an undefined trauma involving her best friend Nina, she works at a coffee shop now, and entraps men at night into revealing that their own perception of their moral code is a form of denial. Fennell reveals what happened to Nina slowly in “Promising Young Woman,” but it’s clear she was a victim of not just one privileged man but a system that protected the criminal over the accuser. Cassie is trying to dismantle that system one shitty guy at a time.

Two events propel Cassie into rethinking her strategy. First, she reunites with an old classmate named Ryan (Bo Burnham), and the two start dating. Burnham and Mulligan have solid chemistry, and Fennell doesn’t rush their courtship, making it feel more genuine and believable that Cassie would let her guard down for the first time in a long time. However, Ryan also reveals that the man who sent Cassie on this spiral of grief and trauma is back in the United States after spending time in London. This spurs Cassie on to an endgame to her lessons about male privilege and moral authority, finally going after the people who helped destroy her best friend.

“Promising Young Woman” is a tonal roller coaster, but that’s part of the point. Trauma often makes for swings of mood and decision making, and Mulligan and Fennel never forget that Cassie is a traumatized person, taking out her pain on the patriarchal system that enabled it. It’s a film about a woman searching for catharsis that she’ll simply never find. Look at the notebook with the names of the men she’s taught a lesson—there are dozens of them. And there’s a sense that even going right to the people who caused this pain can only do so much, which is then enhanced by an intense final act. I have to admit I thought Fennell had written herself into a corner—it felt like nothing could possibly satisfy Cassie’s emotional arc—but then she pushes right through that corner with a final act that will divide audiences but I admire for its audacity the more I sit with it.

There are times when it feels like Fennell bit off a bit more than most debut writer/directors do, but give me a young filmmaker who swings for the fences over one who plays it safe any day. And give me one who makes a movie that doesn’t just use trauma as an emotional manipulation or put women in jeopardy as a cheap writing trick. “Promising Young Woman” is as confident as its protagonist, a film that’s willing to be a little messy and inconsistent in a way that reflects Cassie’s existence. She works in a coffee shop and has supportive parents, but every day is filled with the reminder of what she’s lost. She sits at night looking at photos of her best friend when they were young. We often see trauma and overriding grief on film as clean, neat character traits, but I think the tonal whiplash of “PYW” captures something about the inconsistency of these issues better than most movies even try to do. Cassie is brilliant and beautiful, but she can’t stop herself from fighting back against systems that protect awful men in whatever way she can, even if that fight keeps her locked in a box of her own design.

What’s funny is that this probably all makes “Promising Young Woman” sound more intense than it actually is. There’s a lot of dark humor in this film, which makes sense from the season two showrunner of “Killing Eve,” and an honestly solid relationship drama for part of it. Burnham proves he can carry a film like this, holding his own opposite Mulligan, and doing a wicked lip sync job on a pop music classic. As for Mulligan, she’s phenomenal again. She almost always is. Cassie is a really tough part, the kind that would have stymied other actresses into pushing into camp and the kind of balancing act that people will underrate.

In the light of the next day, a lot of the issues I had with “Promising Young Woman” almost feel like strengths now. I’m not sure the ending lands, and some of the tonal jumps could have been refined, but there’s so much movie here to unpack and discuss. Even at Sundance, a lot of films dissipate from memory on the way to the next screening. Not this one. Not for a long time.

This review was filed from the 2020 Sundance Film Festival. 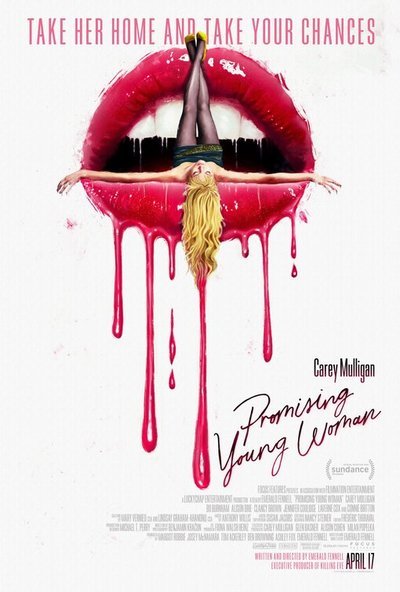