The final scenes of “Precious Cargo” include a character quoting the immortal final line from “Casablanca” and a close-up shot of a pile of dog excrement. Without giving too much away, let me just say one of them does a far better job of summing up the film than the other. For those of you who came away from last week’s action misfire “Criminal” thinking it could have been blander, stupider and more perfunctory, "Precious Cargo" will seem like the answer to your prayers. But for everyone else, it is nothing more than just another VOD craptacular whose only real positive aspect is its utter forgettability—you will be hard-pressed to remember anything about it even only a few minutes after watching it, which should come as a relief to everyone involved with its production.

As the film opens, treacherous thief Karen (Claire Forlani) attempts to pull off a multi-million dollar caper that crime boss Eddie (Bruce Willis) has been planning for a while. When it goes sideways, he promises to kill her unless she makes good for the full amount of the heist. With nowhere left to turn, she shows up on the doorstep of Jack (Mark-Paul Gosselaar), an ex-lover and fellow criminal—albeit the likable kind who has his own loyal crew that he trades droll bon mots with after shooting people in the face when their deals go gunny and a sweet veterinarian girlfriend (Lydia Hull) who is unaware of his real job—with Eddie’s goons in hot pursuit. After escaping the minions via a speedboat chase, Karen asks Jack to help her make good with Eddie by pulling off the robbery of an armored car containing $30 million in diamonds, another job originally conceived by Eddie. Jack’s crew, especially sassy sharpshooter Logan (Jenna B. Kelly), are suspicious of Karen and her possible motives but he himself is perfectly comfortable with moving ahead, secure in the knowledge that there is no possible way that she might try to pull another scam and leave him holding the bag and facing Eddie’s wrath.

There is more—not much more, to be truthful—but it hardly matters because based simply on the brief description I have provided, most of you reading this will have pretty much anticipated every twist and turn. For example, when I mentioned that Jack’s new girlfriend was a vet, you immediately envisioned a scene in which she would be forced to treat a wounded member of his gang because they could not go to a regular hospital, didn’t you? That the film does not demonstrate a single original element is bad enough but co-writer/debuting director Max Adams doubles down by ripping off all the wrong movies—instead of simply knocking off the Quentin Tarantino oeuvre with its mixture of bloody violence and self-consciously colorful dialogue, it seems to be taking its inspiration from the onslaught of copycats that emerged in the wake of “Reservoir Dogs” and “Pulp Fiction” back in the day.

“Precious Cargo” is the kind of film that would one day be gathering dust on video store shelves if such things still existed. If anyone does see it in theaters, it will presumably be to watch Bruce Willis, who, despite his star billing, only turns up enough to temporarily distract viewers from realizing that they have actually paid to see a Mark-Paul Gosselaar/Claire Forlani vehicle. As has been his wont for the last couple of years, Willis turns up in a handful of scenes that appear to have been shot in a day or two, in which he invests as little energy as he can possibly expend and still maintain an image on the screen. As someone who is an unabashed Willis fan from way back (one who plans to celebrate next month's 25th anniversary of the ridiculously underrated “Hudson Hawk”), to see him wandering in and out of the proceedings with barely disguised disdain is highly dispiriting—at least when Nicolas Cage appears in his junky B-movies, he usually manages to breathe a little life into the project. During the end credits, we are treated, for lack of a better word, to wacky behind-the-scenes bloopers in which the stars make all sorts of mistakes in front of the camera. Oddly enough, Willis does not turn up in any of them, which leads to one of two conclusions—either he was letter-perfect every time they called “action” and there was nothing left, or all of his mistakes, starting with the decision to appear in this thing in the first place, made it into the finished film itself.

AUTHOR’S NOTE: I would just like to point out the fact that despite the appearance of Mark-Paul Gosselaar in the lead role of this film, at no point in this review did I stoop to making a lame “Saved by the Bell” reference. You may thank me later. 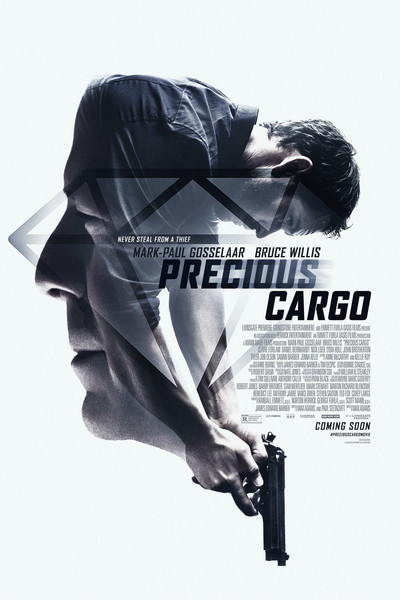 Rated R for language throughout, some violence and sexual material.

Jenna B. Kelly as Logan