“Port Authority” reminded me of Roland Emmerich’s “Stonewall,” the misguided whitewashing of trans women and people of color that he made in 2015. In both films, there’s the introduction of some random white male from the Midwest or thereabouts who waltzes his way into a story that supposedly highlights marginalized people, then the story becomes all about his awakening. Thankfully, writer/director Danielle Lessovitz gives us a bit more insight into the world of Wye (Leyna Bloom), a Black trans woman who falls for white cis male Paul (Fionn Whitehead). Wye has the potential to be a great character and Bloom is excellent in the role, but the film is so focused on Paul’s “enlightenment” that she’s almost an afterthought at times. In fact, you could swap Wye out for any minority and the story arc would play exactly the same.

Movies like “Green Book,” “The Best of Enemies” and numerous others think the only palatable way to deliver their messages of tolerance and acceptance is through a white protagonist, preferably a straight (or straight-acting) macho man or a racist. In the case of this film, it’s a homophobe with anger management problems who may or may not fetishize Black women. I think this entire narrative trope is as insulting to white viewers as it is to people like me, because it assumes that white folks are too damn stupid to get the point without having their hands held by a character who looks like them.

Adding insult to injury, the people these movies are supposed to be about must forsake any deep characterizations so they can spend their screen time explaining why they matter. That literally happens here—a character sits on the floor and spells this out. And of course, the group must suffer in one form or another, preferably in full view of the protagonist. Their pain becomes the pat on the back the main character needs to capital-C Change. This type of film reaches back to the studio system days, and the concept is well past its expiration date. 54 years after “Guess Who’s Coming to Dinner,” filmmakers are still sitting audiences at the Noble and Magical Minority table.

Wye isn’t Magical per se, but she does several things that feel more beholden to the script’s focus on Paul than to logic. You wonder why she puts up with him. Their first encounter occurs after he exits Port Authority Bus Terminal after traveling from Pittsburgh. He’d been waiting for his sister to pick him up and, when she doesn’t show, he ventures out and finds Wye and her family joking and dancing. The two lock eyes for a moment, but nothing more. Later, she’ll invite him to one of the rehearsals for her Kiki ballroom contest where he’ll meet other members of her gay and trans ballroom family. Paul appears to make the connection that Wye’s brothers are gay, but he also assumes that she is cis.

Before that invitation happens, however, Paul is mugged on the subway and roughed up before being saved by Lee (McCaul Lombardi), a multi-tattooed tough guy. Lee tells Paul he’s lucky the muggers didn’t rape him before unleashing one of the many homophobic slurs we’ll hear in “Port Authority.” Now, I’ve lived less than three miles from Manhattan for 47 of my 51 years on this Earth, and I’ve yet to hear of a string of muggings that became homosexual rapes just for the hell of it. No matter, any excuse to throw a couple more instances of “f---ot” on the soundtrack will do. At one point, Lee stares in Paul’s eyes before tending to his post-subway fight injuries, holding it long enough to imply the two might kiss. Paul pushes him away, practically yelling “ME STRAIGHT!” like a caveman.

Lee gets Paul a shady job where he and his white pals bang on the doors of Black and brown people who either are to be evicted for violating rules or have items to be repossessed. “Immigration!” they yell before instigating whatever the shakedown requires. Paul doesn’t ask any questions—he’s too busy bonding with his bros. Watching this crew intimidate renters leaves a bitter taste for a film that’s supposed to be a love story, especially when the guy you’re supposed to root for to get the girl is part of the gang. Did I mention that Wye and her family of competitors live where the landlord wants to evict them for having too many tenants in one apartment? You can see where this is going.

In the film’s defense, Paul’s reaction when he finds out Wye is trans is not what you’d expect. It’s well written, at least in its initial moments. It turns violent, but also not in the way you’re expecting. (To be honest, I can’t explain why this particular beating was necessary.) Paul even continues to pursue the relationship, which he hides from his macho dude-bros at least until Wye twists his arm to meet them. Unlike most films of this ilk, Wye has more than one dimension and Bloom gives her sass, personality and intelligence. In her best scene, she subtly plays out the silent realization that Paul not only has lied to her, but to his friend as well. You can sense her sadness, anger and fear that the situation might turn ugly. I wanted more moments like that, where I saw Wye through her own prism.

But “Port Authority” is not interested in Wye’s life or her dancing or her family unless Paul is involved. If it were, we’d see more of the dancing, the contests, and the house selections. Every time moves are employed, the camera cuts to Paul’s reaction. I don’t think a performer is onscreen more than five seconds before there’s a cut to Paul’s reaction. Even Wye’s own performance is interrupted so the film can focus on Paul. We don’t even see her do the presentation she explained in an earlier scene. It’s frustrating, and I haven’t even gotten to the gay bashing event that quite possibly resulted in the death of Tekay (Devon Carpenter), one of Wye’s family members. The film is vague about the outcome of this violence, but Paul keeps quiet about it even after Wye expresses concern about his disappearance. This is exceptionally cruel.

Which begs the question: Why would you want to see these two people fall for each other? A love story can survive all manner of incredulities so long as we want to see the lovers get together. Here, Wye is just a learning experience for yet another white guy who needs to be carefully taught. The main goal of “Port Authority” is the simple but unfortunately necessary message that “hey, trans people are people, too!” It’s too bad this film isn’t really about them. The last scene brings my point home with the force of a sledgehammer.

Now playing in theaters, and available on digital and on demand June 1. 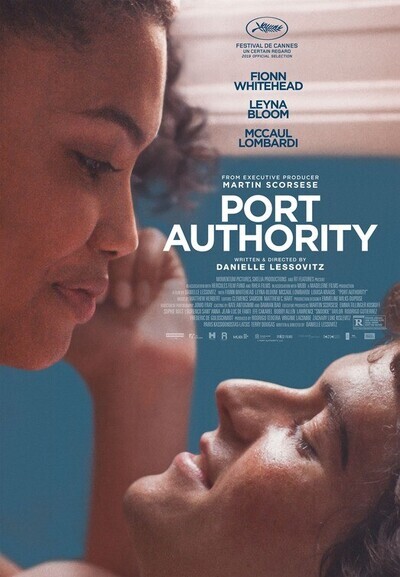