Greg Kinnear makes his debut as a director with “Phil,” an affable but profoundly bland dark comedy that depicts an existential crisis with soft philosophizing and some jokes. It’s the kind of movie that merely wants to be liked, from an actor who has recent experience starring in movies-for-the-soul such as "Heaven is For Real" and "Same Kind of Different as Me." But it's also a project clearly made by a first-time actor-turned-director, who is most concerned with their own scenes and casting.

Some edge comes from a kooky script by Stephen Mazur, which includes contrasting tones that circle around a sentimental, playful performance from Kinnear. That playful air starts with him as a depressed, divorced, suicidal dentist named Phil, who decides to not jump off a bridge in the first scene after hearing the song “I Beg Your Pardon, I Never Promised You a Rose Garden.” So though he doesn’t kill himself, he instead becomes fixated on people who seem to have their gardens, and finds that within a patient named Michael Fisk (Bradley Whitford). Michael is successful and happy: he's written a well-received book about Socrates, and has a loving wife and daughter. Phil finds this out by stalking Michael and his family, in a sequence that is absurd and kind of goofy, and it careens with the first big twist of the story—Michael hangs himself in the woods. Phil is devastated, and more so confused: Why would the man who has it all throw it all away?

Phil’s fixation on finding an answer leads him to pretending to be a Greek man that Michael mentioned in passing—a larger-than-life, long-lost friend named Spiros (broken English and all). Michael’s widow Alicia (Emily Mortimer) welcomes Phil into her home, where “Spiros” offers to help with a bathroom remodeling, so that he can stay in the Fisks’ life, but secretly have access to Michael’s office. Phil treats it as a vacation from himself—letting the calls pile up at his dentist office, and avoiding examination of his own unhappiness. While interacting with those in Michael's life, Phil ends up having to be a support for others, and stumbles onto life lessons along the way.

Call it feel-good, call it mawkish, "Phil" has a striking approach to its Capra-esque story, while attempting to twist things up with possible explanations as to why Michael committed suicide. But Kinnear extinguishes the fleeting magic from Mazur's script with an indifferent visual approach, setting many soft-lit conversations in generic locations (a diner, a coffee shop, a front porch), creating a monotony for grounded interactions that should feel like epiphanies. Kinnear does not make directing look easy, so much as lazy.

In front of the camera, Kinnear does not take himself too seriously as an everyman, and it leads to some levity within all the pathos. It’s more a problem that the jokes simply aren’t funny enough, as in two sequences built around easy gags like home repair slapstick, or interactions meant to test Phil’s chintzy Greek accent. An entire scene is geared towards making "Spiros" dance with men who are actually Greek—even though Phil lied about being able to dance!—and that’s the gag.

And though Kinnear is the focus of many scenes, it’s his ensemble cast that does more than just a solid for him, the way that the likes of Jay Duplass or Bradley Whitford can push the plot along with the chummy conversations, or that Robert Forster (as Michael's father) can walk into a scene with Phil and imbue a tangible sense of loss. The movie's greatest efforts come from the sincere work by Emily Mortimer, who most of all helps Spiros feel real—she has a genuine wonder when asking Phil about how “Spiros” met her husband, as she clings to tall tales she’s only heard about.

“Phil” doesn’t have a filmmaking personality, and it's the score by Rolfe Kent that seems to most steer its zig-zag tone. Rather, its clearest filmic facet is that Kinnear undeniably directed it, as he obviously treats this as a showcase for his brand of everyman. "Phil" is like a collection of Kinnear having heart-to-hearts, where his neurotic, aww-shucks underdog takes center stage. His voice gets lower, his weary eyes more whimsical, and some generic advice is imparted. It’s as if Kinnear took on the project not to show viewers why life is worth living, but simply to tell them. 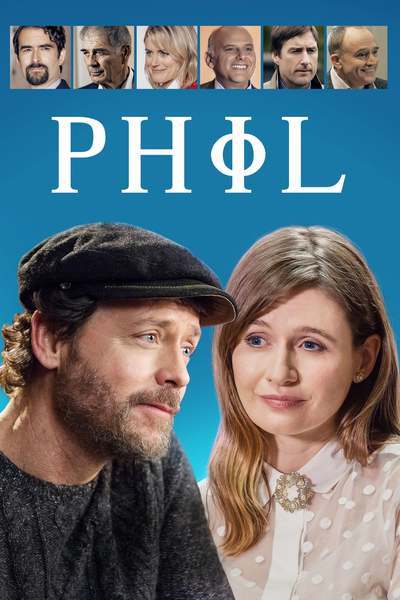