“You're too darn sad-looking to just be another retard in a pink visor,” the customer tells the fast-food clerk. That leads into a conversation, and in no time at all they're in bed together, and he's telling her the story of his life--which, in recent years, played more like his slow and agonizing death.

The guy with the drive-thru job is Jerry Stahl (Ben Stiller), who at one point was making $5,000 a week as a TV writer in Hollywood. Nice work, unless your drug habit is running you $6,000 a week. It's a true story. The movie “Permanent Midnight,” based on the autobiography of Stahl, tells how his life spiraled into increasing desperation, even while his TV bosses let him get away with almost everything--as long as he produced.

Stahl, a smart guy with good ideas, gets his TV job through Sandra (Elizabeth Hurley), a British woman he marries for money so she can get a green card. His first job interview goes strangely. “I'm wondering if your mind can function down at our level,” muses his prospective boss (Fred Willard). Asked what he thinks about the show (a puppetcast named “Mr. Chompers”), he insults the show and is hired. Soon he's turning his own life into fodder for comedy; his father's suicide is recycled into an episode.

The story of every drunk or addict is different in the details but similar in the outlines: Their days revolve around finding and using a sufficient supply of their substance of choice to avoid acute mental and physical discomfort. Eventually it gets to the point where everything else--job, family, self-image--is secondary. Stahl steals drugs from the medicine cabinet of his friends (“If I was Percodan, where would I be?”) and buys drugs from very dangerous people. (He's safe only because there's more money in customers who are not dead.) He shoots up in risky places, is sometimes caught or almost caught, and finds his anger mounting because it is so very hard and exhausting to get high all the time.

There are bizarre episodes at work and in his private life, where the green card girl inexplicably begins to take a liking to him, gets pregnant and finds out too late that he is the wrong pony to bet on. One day, in desperation, she begs him to baby-sit. He sticks the kid in the car and goes looking for drugs; he's eventually stopped by the cops, who arrest him and call Family Services for the child. Does he learn his lesson? Does it help that when he gets out of rehab a friendly dealer (Peter Greene) is waiting to sell him drugs in the parking lot? The story in “Permanent Midnight” has been told many times in many forms. Someday I'd like to see a movie based on Julia Phillips' harrowing memoir, You'll Never Have Lunch in This Town Again. What Ben Stiller brings to the role is a kind of savage impatience. His character stabs his body anywhere with the needle--even in the neck--because the niceties are no longer of interest to a man who simply needs to get the stuff into his veins right away.

The movie gets credit for not making the high life seem colorful or funny. It is not. It is boring, because when the drugs are there they simply clear the pain and allow the mind to focus on getting more drugs. Stahl doesn't seek drugs because he wants to feel good but because he wants to stop feeling bad. It isn't the high that makes people into addicts; it's the withdrawal.

Last month I saw a revival of Otto Preminger's “The Man With the Golden Arm,” the first of Hollywood's drug movies, with Frank Sinatra in the title role. Sinatra got an Oscar nomination for the role, in which he portrayed the pain of withdrawal. Stiller, playing Stahl, makes it look incomparably worse. Either the drugs are getting stronger, or the actors are. 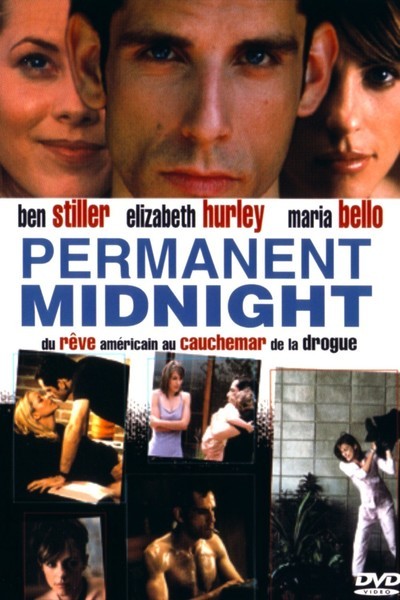