This misbegotten movie, an ever-uneasy hybrid of teen angst tale and whodunit, begins with its hero/narrator Addison (Ansel Elgort) recounting his mom’s death over misty-watercolored-memories home video footage. “I guess I’ve gotten pretty good at pretending to be okay,” Addison tells us. And that’s … fine, for a character we as yet have no real reason to be concerned about.

Back in Addison’s current day-to-day reality: he’s a high-school senior, hyper intellectual, supposedly, and his best friend Phoebe (Chloe Grace Moretz), is the cool girl. Chatting about their impending college days in a car, Addison complains, “I feel like you somehow see me as sexually neutral.” Much to his own (and honestly, my own) surprise, Phoebe reacts to this by proposing a friends-with-benefits mutual de-virginizing. Hey! But first, a stop at a coffee shop in which it is briefly established that Addison has an African-American friend, Kevin (Jared Kemp), even more hyper-intellectual than Addison (in their brief chat Kevin chides Addison for not yet having read James Baldwin). As Addison and Phoebe consummate their consummation in an under-white-sheets scene, a low-energy retread of a bit from Baz Luhrmann’s “William Shakespeare’s Romeo+Juliet,” a guy on a motorcycle comes to the coffee shop and kills Kevin.

A shattered Addison goes into detective mode, worrying his dad (David Strathairn), annoying Phoebe’s mom (Catherine Keener) and prompting the school principal (Terry Kinney) to suspend him. Addison’s exploration of Washington D.C.’s drug underworld is depicted in dicey, racist ways. When Addison, with Phoebe in tow, shows up at a drug den, its ostensible manager Bo looks Phoebe over and asks Addison if the girl is a present for him. Yeah, sure, Bo is a bad guy, but even as the portrayal of a bad guy this is a rank cliché right out of D.W. Griffith.

“November Criminals” is based on a 2010 novel by Sam Munson. According to reviews, in the book, Addison’s braininess was conveyed by digressions in which the character expounded at length on Latin, Virgil, anti-Semitism, and more. Here Addison (himself a pot dealer in the book, but squeaky clean in that respect for the purposes of the movie) is supposed to be considered smart because of his anachronistic love of David Bowie. I presume this whittling down of the character to a single trait is the work of director Sacha Gervasi, who revised a script originally done by Steven Knight, who’s not a perfect screenwriter but who has largely been proven to know better than to build personalities out of pop-culture referents. In any event, all of the personages in this slight movie are relatively one-note. It’s a shame that actors as searching and scrupulous as Strathairn and Keener are so ill-used. Elgort seems at sea; as youthful as he looks, he hasn’t a real clue about acting “high-school.” Moretz is appealing as always, although there’s not much for her to do other than look up pleadingly at Elgort, who’s way taller. If you’re ever hungry for a 12th grade whodunit, Rian Johnson's “Brick” remains your best entertainment value. 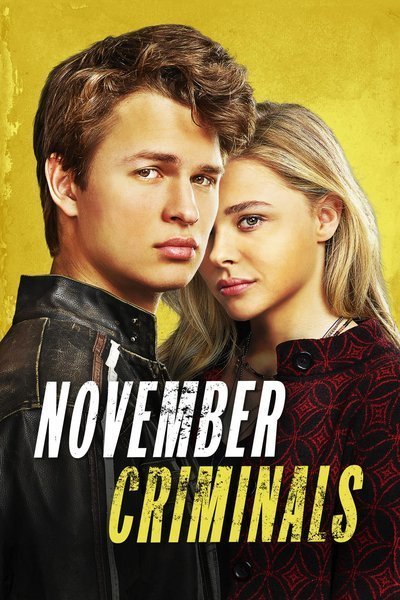