Nothing Bad Can Happen

Pure evil meets unshakable faith in Katrin Gebbe's torturous "Nothing Bad Can Happen," a film that begins as a meditation on human behavior and belief but crosses the line into pure sadism. It’s a think piece designed to start conversations but is more likely to leave audiences wanting to perform an act of charity or just take a shower than hit a coffee shop to discuss the film. Gebbe’s debut writer/director status leads to a lack of refinement in the film’s themes but "Nothing But Can Happen" sure does shatter the often-happy cinematic landscape of the summer season. It’s the Feel-Bad movie of the year.

"Nothing Bad Can Happen" plays like a hybrid of "The Stepfather" and Lars Von Trier’s "Dogville." Clearly inspired by LVT, Gebbe even divides her film, based on a true story, into three chapters. In the first, "Faith," we meet the innocent Tore (Julius Feldmeier), a homeless teen who has been drawn in by the Jesus Freaks, a group of devoutly religious young people. One day, Tore stumbles upon a family in need after their car has broken down. He prays for the car to restart, and, wouldn’t you know it, a higher power appears to answer. He invites the patriarch of the clan, a burly man named Benno (Sascha Alexander Gersak) to attend a Jesus Freaks gathering that night and Tore's secular new friend surprisingly shows. At the party, Tore has a seizure, and none of his "supportive friends" seem to even notice. Benno does. He helps him, soon taking him into his family.

Benno’s questioning of Tore’s faith and general demeanor—along with the clearly ironic title and Tore’s "simple" approach to life—make "Nothing Bad Can Happen" something of a slow-burn horror film. We know things are going to go very wrong for this young man, and the tension comes in how it unfolds. Benno first seems to take to Tore like the son he never had, especially after daughter Sanny (Swantje Kohlof) can’t handle the competitive patriarch’s approach to bumper cars. Hints of darkness in the family long before Tore’s arrival pop up, such as when Benno hugs Sanny a little too close and gropes her. Mother Astrid’s (Annika Kuhl) disappointed looks go in the other direction. As Benno continues to challenge Tore’s beliefs, his cruelty becomes more intense. Before you know it, he’s drowning a cat and asking Tore if his God will save the animal. And that’s really just the beginning of the torture about to befall a young man who believes that Jesus will always be there for him.

"People always pray when they’re scared shitless." Lines like this hint at the biggest problem with "Nothing Bad Can Happen"—shallow observations disguised as insight. Yes, of course they do. Now what’s your point? The overall issue with "Nothing Bad Can Happen" is a lack of purpose. Tore is unshakable in his belief and comes to convince himself that Benno is his "test" and it is his mission to help save Sanny. Naïve, faithful, trusting people taken in by maniacally evil ones is a tale as old as the Bible and Gebbe’s approach feels like the work of a young writer who doesn’t quite yet have the life experience to bring the depth required for a story of faith vs. evil to bring something new to the conversation.

And yet there’s too much promise here to write it off despite its thematic misses. There’s a reason that Gebbe has won critical awards in Germany. The film has a lyrical visual palette, almost like a bad memory, and Gebbe draws very strong performances from her cast. Everyone is good but it hinges on the dynamic between Feldmeier and Gersak—one a lanky, blond teen with a wide smile; one a short, dark-haired villain. When Benno begins to push against Tore’s faith, Gebbe doesn’t look away. When her writing attains the depth and ambition of her already strong directorial skills, viewers won’t be able to look away either. 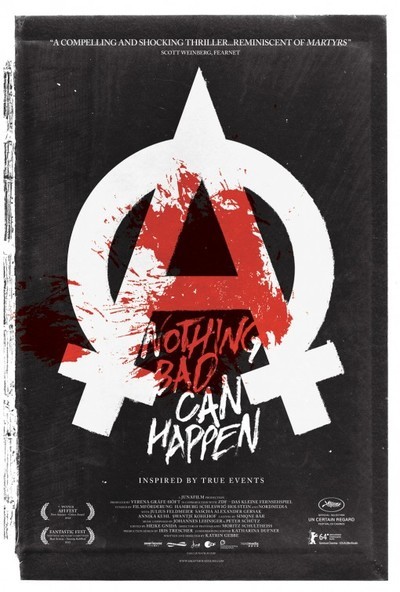