"Night Owls" has a very obvious set-up, established in the first 10 minutes of the film:

1. Two wasted people, Kevin (Adam Pally) and Madeline (Rosa Salazar), meet in a bar and stumble to her house to have drunken sex.
2. The morning after, Kevin finds out, horrified, that the house is not Madeline's house at all, but the house of his boss (and mentor), a revered and very married football coach at the local college. Kevin realizes that he has inadvertently broken into his boss' house and had sex in his boss' marital bed.
3. Meanwhile, upstairs, Madeline swallows a bottle of pills and nearly overdoses.
4. Kevin, in a panic, calls the Assistant Coach who orders Kevin not to call 911 (to avoid scandal for the football program) and tells Kevin not to the let the girl—who has supposedly been stalking the coach and threatening to go to the press about the affair—leave until Assistant Coach can get there by morning to do some damage control.
5. Kevin obeys. Hence: he and Madeline must spend the next 12 hours in that house.

That's a lot of artifice and coincidence. However, director Charles Hood (who co-wrote the script with Seth Goldsmith) has such a gift for capturing the rhythms of conversation as well as slapstick elements (of which "Night Owls" has many) that it doesn't matter. The film has more in common with 1930s screwball (films filled with obvious coincidences) than the more clunky, often-humorless films that pass for "rom-coms" today.

When Kevin wakes up after sex and can't find her, he walks through the house, calling out, tentatively, "Lady? Hey, Lady!" He sounds polite and gentlemanly even though it reveals he doesn't know her name. Once he discovers her suicide attempt, he makes her vomit, almost vomiting himself in the process, and then drags her into the shower. When she starts to pass out against the tiled wall, he panics, and starts scooping water out of the flow coming from the showerhead, tossing it on her, a gesture both desperate and feeble. This was the moment when the movie "got" me. It's a bit of well-played physical business that comes out of the crisis of the moment, and it works because he looks truly distressed.

Slapstick comedy is practically a lost art. It's sad, because there's such anarchic pleasure in watching, say, Cary Grant and Katharine Hepburn plunge into the deep river in "Bringing Up Baby," Hepburn gasping as they swim to shore, "The riverbed's changed!" Or Hepburn capturing Grant in her butterfly net. Or Grant setting his wet socks on fire. Love is chaos, men and woman are separated by an abyss, and to get to one another they have to leap. But then they find the riverbed's changed and they're in over their heads. Screwballs feature cranky, nerdy men whose dignity is ripped away by wisecracking Dames of Mayhem, but somehow the nerds start to like it. "Night Owls" has this sensibility running underneath it, the script understands it, and Hood knows how to film it. Actors Adam Pally and Rosa Salazar, who carry the entire film, are not just game for this kind of material, they feel born to it. Their dynamic sparks all over the place. They don't just have romantic chemistry, they have that much rarer kind: the chemistry of conversation.

Kevin is almost hurt that his idol is obviously a hypocrite who doesn't practice what he preaches. That sense intensifies over the course of the film, and Madeline is at first exasperated and then infuriated by it. Like Cary Grant in "Bringing Up Baby," Kevin is a workaholic nerd who has a hard time controlling this ditzy, intelligent dame, until finally, the question of control disappears. 12 hours is a long time.

"Night Owls" has many funny moments, broad and subtle. There's a physical gag with a treadmill that is worth the price of admission. The dialogue is snappy and feels spontaneous. He tries to stop her from leaving, and she warns him repeatedly to back off before spraying mace in his eyes. She then feels bad, helping him wash out his eyes as he moans, "I'm going to have to wear two eyepatches to work." She, folding up a wet washcloth, snaps, "Nobody wears two eyepatches." And you know, she has a point. As someone who loves screwball—its rat-a-tat dialogue, and the virtuosity required of the performers—it is great to see it so alive and well. Screwball requires timing as steady as a metronome, a talented director who films in a way that doesn't let the rhythm dissipate, not to mention (most importantly) extremely talented actors. "Night Owls" has all of it. (Praise must be given, too, to cinematographer Adrian Correia and editor Grant Surmi, who proceed with certainty and control. Comedy is hard and this team makes it look easy.)

Some of the transitions are clunky, with Kevin manufacturing a way to keep the conversation going. Those moments might work better onstage, theatre being more forgiving of artifice. ("Night Owls" would make a great theatre production.) But those are mere hiccups, the script ricocheting between heated arguments and bursts of humor. Kevin and Madeline battle preconceived notions about one another and it's all complicated by the fact that they've already slept together, like, an hour ago.

One-act plays often feature obvious set-ups: two wildly different personalities are forced to share space for whatever reason (it doesn't matter), and at first they hate each other, and by the end they don't. Acting teachers use obvious set-ups in their classes: "You're a millionaire, you're a short-order cook, you're trapped in an elevator. Go." Shakespeare's set-ups were often obvious (with plots lifted from extant sources): put a bunch of court-folk into a magical forest for whatever reason (it doesn't matter), boundaries dissolve, comedy ensues, love becomes possible. Suspicion towards the "obvious" seems a relatively recent phenomenon. People complain about convenient coincidences, obvious plots, etc. Sometimes these criticisms are valid. But sometimes, all you need is a really strong set-up, no matter how obvious, and then let the action swing into motion. Go with it. Take the leap. The riverbed may have changed, but it's so much fun flailing your way to the other side. 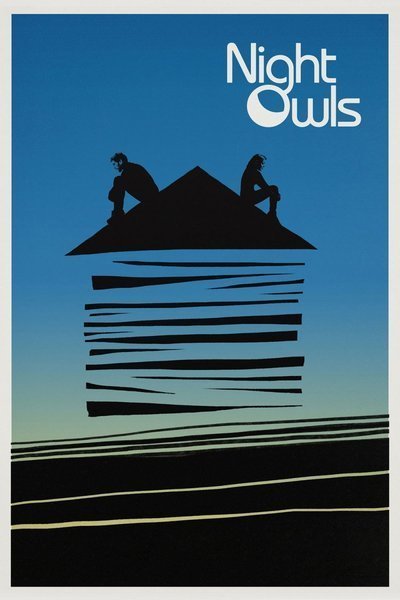 Peter Krause as Will Campbell