Gun violence is as American as apple pie and Old Glory. Kim A. Snyder's feature-length documentary "Newtown" establishes this right from the start by flashing images of a parade in the town's main thoroughfare (baton twirler, uniformed cops) and then bringing in audio of a 911 call from a police dispatcher asking for backup during the massacre, which claimed the lives of 20 elementary-school aged children and six teachers. No significant gun control measures have been passed since then, which makes the massacre kind of a bizarre non-watershed moment in the nation's history. The bloodshed was so sickening that no one could be unmoved by it (except the crackpots who insist that it never happened—a sick twist; probably the closest the United States has gotten to Holocaust denial) but the opportunity to do something decisive and profound passed along with the moment.

"Newtown" is being characterized as an apolitical documentary, just a portrait of Newtown before, during and after the shootings, but that's not entirely true. It's impossible to watch this film and feel no particular way about the killings; it's also difficult to imagine someone watching it and thinking, "This is like a hurricane or a flood, it's just a thing that happened, nothing could have prevented it."

A father starts at pictures of children who were gunned down at their school—it's hard to type those words if you're a parent—and says, "This was Sunday, Dec. 9 of 2012. We were at the [Christmas] tree farm getting our tree. This was the beginning of the end of life as we knew it." He describes the daily ritual of seeing his older son off to school, the way his younger brother would race after the bus, then talks about how he was reluctant to remove his murdered son's clothes from a dresser drawer. "I was so intimately connected to every little nuance of his life, but there was a significant little gap at the end of his life that I knew nothing about, and I still have this need to know what he experienced, and I guess you can only try to imagine how unbelievably difficult and challenging that is, to try to interpret what your seven-year old experienced as he was being murdered by a gunman in his first-grade classroom."

There is a tremendous sense of loss in Newtown still; the killing frayed or severed the bonds that had built up between parents at the school (one mother says the kids were practically "interchangeable") and left an emotional crater at the center of daily life. "Newtown" captures this through the simple arrangement of interviews not about the day itself (although that comes up, inevitably) but about other days, normal days, when one parent would call another about getting their kids together to get pizza. The parents eventually had to create a spreadsheet to keep track of the details of 26 funerals.

"The foundation cracked," a priest says, "and nobody is sure for certain how wide that crack is going to get." Grieving parents become gun-control activists, attending hearings and going to Washington to urge different or more effective legislation to curb the sale and distribution of firearms and ammunition, but they fail because this is the United States, a country that has made peace with the idea that the preservation of the spirit and letter of the Second Amendment to the Constitution requires thousands of gun deaths a year.

A teacher remembers the kids trying to process the bloodbath in the days following their return to school. "They'd say, 'I miss Miss Soto,' a teacher recalls, referring to one of the teachers who was shot to death. "What do you say to that? I would just hug them." 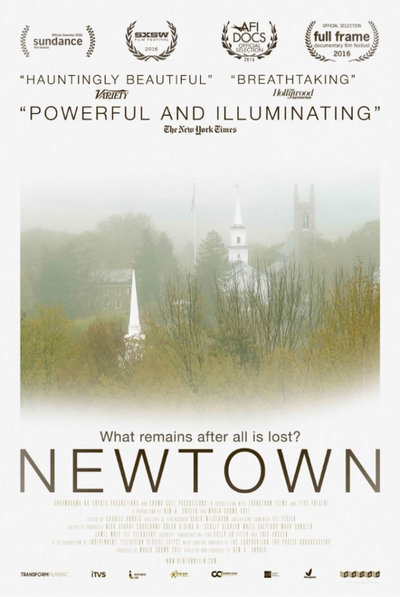