I’m a sucker for a great behind-the-scenes moviemaking documentary. “Hearts of Darkness” and “Burden of Dreams” are must-sees, and the first thing I look at when Criterion announces their monthly releases is the list of special features, often as insightful and educational as a great film book or even a lecture in a class. And I count myself among fans of Nicolas Winding Refn, drawn in by “Pusher” & “Bronson” and blown away by “Drive”. (He also happened to be a fascinating, seemingly kind man when I interviewed him.) So, a documentary short (it’s only 58 minutes but is being released in theaters) about the pressure on Refn during the production of the divisive “Only God Forgives” should be in my proverbial wheelhouse. And yet this sweet, semi-informative doc never quite rises above “Home Movies” or “DVD Special Feature” status to really illuminate either process or artist. I walked away from “My Life Directed by Nicolas Winding Refn” having enjoyed the time spent with Refn, his family, and Ryan Gosling, but without any further insight into the production of “Only God Forgives,” filmmaking in general or this particular talent.

“My Life Directed” opens with the scene that gave me my biggest smile over the entire piece as Refn and the great Alejandro Jodorowsky are having a conversation that ends with the influential filmmaker giving him a tarot card reading about his soon-to-shoot follow-up to “Drive.” Just the idea that Refn and Jodorowsky hang out (he comes back later in the film and fans will remember Refn was a memorable interview subject in "Jodorowsky's Dune") talking about life, art, and craft fascinates me, and I was hoping the film would fulfill on that opening scene, featuring the kind of intellectual dissection of passion versus expectation that this introduction sets up. Sadly, director Liv Corfixen, who also happens to be Refn’s wife, never finds the focus for her piece, sketching the production in episodic, brief interludes with her partner but seemingly missing the most important conversations about how “Only God Forgives” got made.

What separates “My Life Directed” is the fact that while Corfixen may not have gotten the kind of Jodo-Refn conversations one would hope for, she gets a raw, unfiltered, husband version of a world-renowned filmmaker. So, we see Refn in bed, clearly wracked by nerves as to how “Only God Forgives” will be received by the rest of the world. He clearly loves the film, but he is obsessed, from pre-production through premiere night, with the idea that audiences will be disappointed in the fact that it’s not “Drive 2.” This documentary may work best viewed in conjunction with the feature because one could easily argue that the film’s flaws sprung from the filmmaker’s lack of confidence in his own vision. Which brings us back to the idea that “My Life Directed by Nicolas Winding Refn” is a great special feature, or a bonus disc in an inevitable box set of Refn’s works. It feels supplemental more than essential. 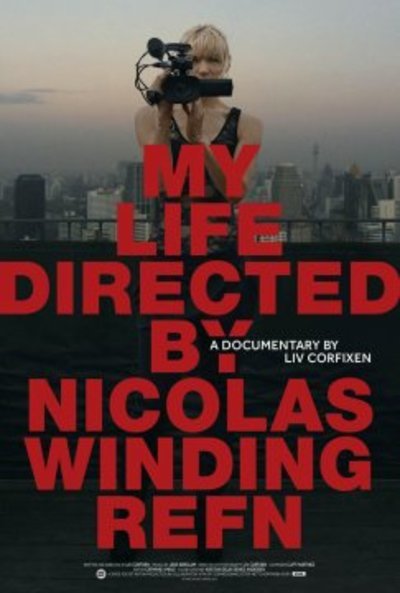