A mixture of misplaced gallows humor, wildly over-the-top caricatures and a gimmicky use of animation combine to make “My Dead Boyfriend” one of the year’s more uncomfortable movie-going experiences.

It starts out with a vaguely intriguing premise, though: Meandering Manhattanite Mary (Heather Graham) comes home after being fired from her temp job to find her live-in boyfriend of only a few months (John Corbett) dead in a recliner in front of the television, still cradling the remote control in his hand. Once the police arrive at her shabby East Village apartment and begin asking questions about him, Mary realizes she really didn’t know much about this guy at all.

So she sets out on a quest to determine not only who this mysterious man was with the quirky name of Primo Schultz but also what to do with his ashes, which she carries in an urn in her purse for lack of a better place. Turns out he was far more interesting than she ever could have imagined. If only the same were true of the movie itself.

Maybe it all worked better on the page. “My Dead Boyfriend” is based on Arthur Nersesian’s book “dogrun,” and features copious amounts of stilted voiceover from Graham’s character explaining the zany situation in which she’s found herself. “And that’s how I met Primo Schultz,” she states helpfully following a flashback in which she meets Primo Schultz. At the same time, Edwards has added scattered animated touches within the live action which, ostensibly, are meant to convey Mary’s interior life (such as it is) but instead feel distracting. They don’t add much; even worse, they’re not funny.

Oddly, “My Dead Boyfriend” takes place on the brink of the millennium, which you’d never know except for the presence of answering machines and a couple of asides about Y2K fears. The film doesn’t use this pivotal period in recent history in a way that’s particularly meaningful or even relevant. It may as well take place now.

But given that we’re in a bit of a time warp, it’s unfortunately fitting that the casting provides one of the biggest problems of all. At 46, Graham is as adorably wide-eyed as ever, but she’s too old to be playing a glib, aimless slacker—or to make those traits seem charming. Mary is vapid and opportunistic, but never in an amusing way. Supposedly, her journey of discovery also allows her to discover herself—she maybe-kinda-sorta might want to be a writer or an artist—but by the time she gets there, it’s tough to care. Similarly, the 55-year-old Corbett (whom we see in flashbacks) is long past the era of playing eyeliner-wearing, poetry-writing, emo hunks.

Thankfully, Griffin Dunne provides sporadic glimmers of humanity as an older family friend who treats Mary to expensive dinners twice a month out of the kindness of his heart. And what witty banter there is to be found in “My Dead Boyfriend” exists between Graham and Scott Michael Foster as the cute dog walker who befriends Mary and then becomes something more. Why he’d want to, though, is as big a mystery as Primo Schultz’s identity. 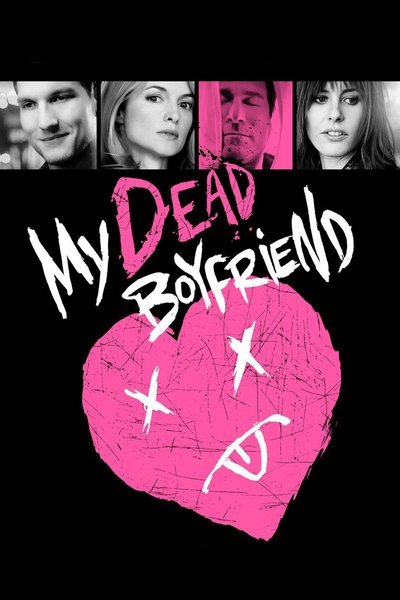