2005's “Walk the Line” chronicled the turbulent life of country legend Johnny Cash with a particular emphasis on his relationship with June Carter, the woman who pulled him out of the fog of drugs and self-destructive behavior. The only real problem with the better-than-average biopic was that in order to build up the mythos of June as his savior, it offered viewers a distinctly unflattering depiction of Vivian Liberto, Cash’s first wife who married him in 1954 and gave birth to four of his daughters before divorcing him in 1967. Since she had eschewed the spotlight during their years together to the point where very little about her was known to the public, this was relatively easy to do. As a result, if Liberto was known to the public at all, it was as someone who was little more than an unsupportive nag in the Cash mythos. (To add insult to injury, the film itself was named after a song that Cash had written about her.)

The new documentary “My Darling Vivian” hopes to offer her legacy—she passed away in 2005, just before the release of “Walk the Line”—a corrective to her depiction in various chronicles of Cash’s story (including the spoof performance by Kristin Wiig in the satirical cult favorite “Walk Hard: The Dewey Cox Story"). Using a treasure trove of home movies, photos, and hundreds of love letters between Johnny and Vivian, along with interviews with her four daughters, acclaimed singer Roseanne Cash, Kathy Cash Tittle, Cindy Cash and Tars Cash Schwoebel, director Matt Riddlehoover presents a portrait of Vivian that is far more complex and detailed than has ever been seen before.

Vivian was a devoutly Catholic 17-year-old girl growing up as part of a Sicilian-American family in San Antonio when she met Johnny, then an Air Force cadet, at a local roller rink—there is much debate among their children about whether or not he deliberately bumped into her as a way of introducing himself. It was love at first sight between the two and went off to active duty in Germany, they sent each other nearly 1,000 love letters before he returned home. After coming back, the two married in 1954 and moved to Memphis. Nine months later, Roseanne was born and shortly after that, Johnny’s first record was released and he set off on tour. Before too long, his musical career skyrocketed and he found himself out on the road more, while Vivian stayed behind to raise their growing family—Kathy would be born a mere ten months after Roseanne and the other two would be born over the next couple of years.

This would be stressful enough under the best of circumstances but as time went on, the good times would grow progressively darker. Cash built a sprawling home atop a remote mountain in Casitas Springs, California, where they had relocated as part of an attempt to transform Johnny into a movie star a la Elvis Presley (he did appear in the immortal “Five Minutes to Live” a.k.a. “Door-to-Door Maniac”). Alas, he spent more time touring than at home, leaving Vivian to raise the kids and deal with that intruders ranged from Johnny's fans to a seven-foot rattlesnake. Before long, drugs would enter his world as well (Roseanne talks about seeing him stoned for the first time and realizing “He wasn’t him”) and then there was his rumored relationship with June, which only exacerbated tensions. Eventually, Vivian would file for divorce, hoping that doing so would shock him to his senses, and was stunned when he agreed to it.

Throughout all of this, the intensely private Vivian kept to herself as much as possible and perhaps the most wrenching sequence in the film chronicles the one time when she was unwillingly thrust into the spotlight. In 1965, Johnny was busted in El Paso for possessing amphetamines and Vivian went down there to support him. Unfortunately, when a news photo of her was seen throughout the world, her exotic Sicilian-American beauty read as African-American and many thought that Johnny was married to a black woman at a time when mixed marriages were still illegal in some states and such a relationship could kill a career. This made her a focus of intense scrutiny and it was soon necessary for Johnny to publicly provide proof that she was indeed Caucasian so that she and the kids would not have to worry about being threatened by racists (and also to allow him to continue to perform and sell record in the South, of course).

Although one might expect a film like “My Darling Vivian” to contain more than a little bit of score-settling on Vivian’s behalf, there is actually relatively little of that on display, though June is taken to task by the daughters for taking more credit than she deserved for raising them. It also does not try to rewrite Vivian's turbulent relationship with her ex—although they would go on to have a cordial relationship, there is never the sense that their divorce was anything other than inevitable. Instead, it wants to give a presentation of Vivian that is ultimately more nuanced and knowing than the one that has been relegated in the annals of popular culture. While the results will obviously not come close to resonating with the public in the manner of “Walk the Line,” "My Darling Vivian" does an admirable job of recounting the story of a woman who was ultimately far more than just a footnote in someone else’s life. 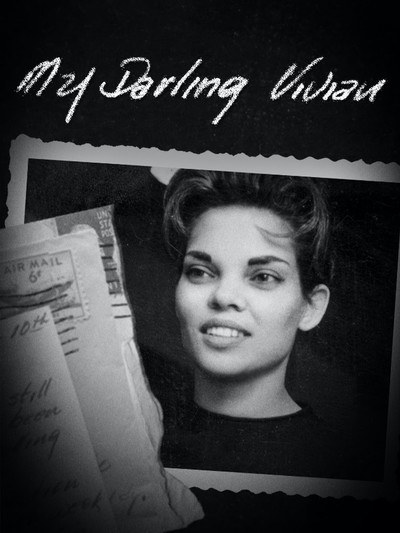 Johnny Cash as Self (archive footage)

Reese Witherspoon as Self (archive footage)

Joaquin Phoenix as Self (archive footage)

Ginnifer Goodwin as Self (archive footage)

Holly Hunter as Self (archive footage)

Tim Robbins as Self (archive footage)

Ryan Phillippe as Self (archive footage)

Whoopi Goldberg as Self (archive footage)

Rosanne Cash as Self

Tara Cash as Self

Kathy Cash as Self