Anna Condo's sarcastically titled "Merry Christmas" shows what happens when a group of upper-crust New Yorkers travel to the wilds of Pennsylvania to spend their Christmas holidays playing a murder mystery game at a remote bed and breakfast. The film spends no time on exposition, and so we have no idea who any of these people are in relation to one another before they put on outrageous Studio 54–type outfits to immerse themselves in the disco dance club- themed murder mystery. The game is run by the B&B owner Kay, who questions each "witness," and keeps the game from derailing over the course of the weekend. Meanwhile, the guests booze it up, play the piano, bicker constantly, and simmer tepidly with vague resentment and ennui. Through the playing of the game, the real life characters' true personalities emerge, and we can see that this is a pretty heartless bunch.

All of that would be fine (and even brilliant, perhaps) in the hands of, say, Luis Bunuel, but the overall effect in "Merry Christmas" is unfocused and lazy. The film feels like an acting game running its course, with various conflicts introduced throughout in a haphazard and contrived manner. The problem is that the stakes are low to the point of non-existence, and there's just no excuse for that.  There is some attempt to create tension here, primarily through the world-weary cynical Brit Ted (Antony Langdon), who wants to open up a "caviar bar" in New York, mainly because he is sick of what he sees as the too-casual culture of today. He wants to see "formality" return to our public places, and he hopes some of his friends vacationing with him will invest in his "caviar bar". This is the only discernible "want" expressed in the picture, and it's hard to have any feelings about it one way or another. Even Ted seems bored by it.

Filmed in two-and-a-half days at an actual B&B, the film is made up primarily of improvisation, and it shows. It gives one an increased appreciation for someone like John Cassavetes, whose great technical skill and understanding of story helped him create an environment of inspired and yet controlled chaos, where the audience truly believes that what they are seeing is spontaneous even though the actors are working within strict narrative guidelines. In "Merry Christmas", in contrast, we see a lot of people standing around chatting, making jokes, sipping wine, and having petty little arguments, but none of the moments have any underlying charge. The big conflict, which comes late in the game, is well done and effective (all of the actors are wonderful), but it is too little, too late. The camerawork is sloppy and awkward, with herky-jerk zooms and crazy pans to left and right looking for the event of the scene, often missing the faces we want to see by a mile.

Halfway through, a homeless man who looks like either Jesus Christ or Rasputin shows up at the door and is invited to have a meal and join the game, even though he is nearly catatonic and entirely mute. Who is he? Is he part of the game? His appearance is a catalyst, for sure, and things get sort of ugly, not to mention the fact that everyone seems to be too busy patting themselves on the back for including a homeless man in their reindeer games to even notice that they are talking about him while he is right there. He disappears in the morning, leaving a cryptic note behind, which has intriguing possibilities, all left unexplored. A drunken conversation erupts about the concept of the "idiot" in Russian culture and literature, the wandering naive man baffled by wealth and cynicism, most accurately presented by Dostoevsky in his novel "The Idiot'. But the idea is dropped. Too bad.

There are moments when sparks fly, and that is due entirely to the gifts of the actors. The one African-American in the bunch (Angelique Cinelu) is asked at the table what it feels like to be the only black person present. Things get tense and awkward, and then explode later in another argument. Ted seems to bond with the B&B owner Kay, who is a born-again Christian with a floozy past. They banter about philosophy and sex and God, and there are all kinds of fascinating potentialities going on in their interactions, but it's all left behind and forgotten, like everything else in "Merry Christmas" that is potentially important or interesting.

Any one of these characters could have been a delicious villain. If you're going to create a bunch of characters as reprehensible as these, whose only experience of the recession is that "last year we got to vacation in Aspen, this year we have to come here," then don't you want to create a higher-stakes environment for them, one in which they can really be set free? Don't you want to give them something better to do than just sit around and bicker? 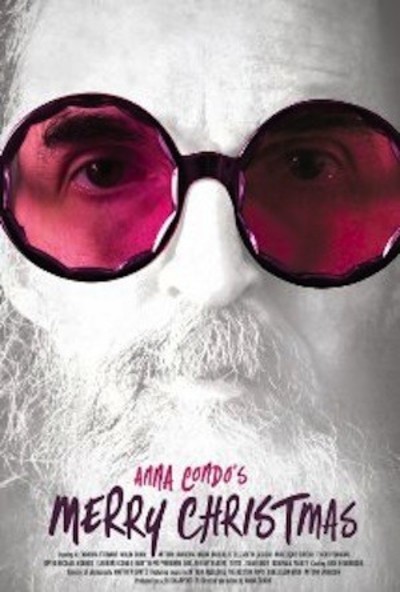