When fans of beloved character actor David Morse say that they wish he could star in his own movie, "McCanick" is not what they have in mind. As directed by Josh C. Waller and written by Daniel Noah, the movie is a tedious, often incompetently assembled mass of cop-on-the-edge clichés.

Morse stars as the title character, a grizzled Philadelphia police detective. The movie follows McCanick over the course of a single workday, his 59th birthday, as he rampages through the city, busting heads and screaming threats. In theory, this chaos is in service of tracking down a recently released felon named Simon Weeks (Cory Monteith), a street hustler whom McCanick put behind bars seven years earlier. But it's really in service of standard-issue dirty cop mayhem.

As clumsily written flashbacks pile up, we piece together the bigger picture of McCanick's history with Weeks: they met while McCanick was investigating a politician's murder. McCanick's commanding officer (Ciaran Hinds) hints that sleeping dogs should be let lie, but McCanick won't listen; we discover the terrible secret that binds McCanick to Weeks, but only after enduring a repetitive series of "searing" confrontations between the hero and various perps, accomplices, and random citizens, including a scene in which McCanick intimidates a roomful of tough guys by playing "spin the pistol."

There's also an unremarkable mentor-pupil relationship, with McCanick training a handsome young patrolman (Mike Vogel) who does things by the book and is appalled by the hero's can't-make-an-omelette-without-breaking-skulls attitude. The movie seems content to alternate between imitating "Bad Lieutenant" and imitating "Training Day," minus the genuine spiritual torment of the former and the sleek preposterousness of the latter.

With his menacing bulk and soulful eyes, Morse lends the material more dignity and heft than it deserves, and there are a few affecting moments between him and Monteith, who died of a heroin overdose last year at 31. (This is his final screen performance.) The movie has a suitably unsettling look, somewhere between a TV-14 cable police drama and a poverty row film noir. Waller and cinematographer Martin Alghren embrace darkness, favoring silhouettes and half-shadowed faces when they're justified, and sometimes when they aren't. A few scenes play much longer than you expected, generating an odd tension. You wonder: Are we still here because the filmmakers don't know when to quit, or because they're lulling us into complacency to set up a sucker punch?

But none of these virtues  compensate for the film's shallow, derivative script and direction. When a goon in the spin-the-pistol scene asks McCanick "what are you Popeye f------g Doyle?" it seems meant as a self-aware preemptive strike against criticism, but it's merely descriptive. "McCanick" barely has a frame it can claim as its own. It shambles in the shadows of similar but richer films, and never hits its own stride. 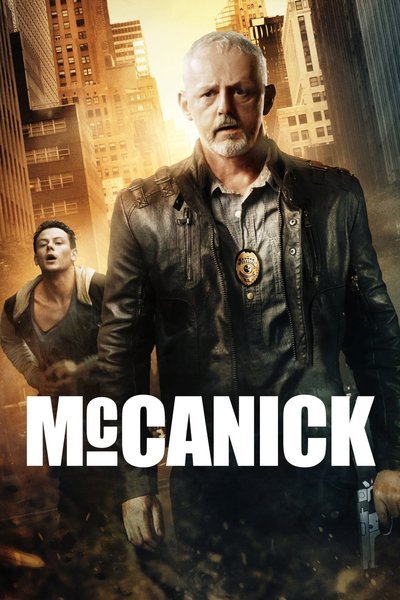