At first, the unique drama “Make Up” feels almost like a variation on Andrea Arnold’s “Fish Tank” or a Ken Loach kitchen sink drama, but there’s more dread in the air than is typical for a film like this. Filmmaker Claire Oakley imbues her story of discovery with a sense of danger that’s palpable, and sometimes even verges into the surreal or the horrific. This unique storytelling approach along with a committed, fantastic performance from Molly Windsor elevates the relatively generic story here into something unexpected, even if it sometimes feels like the emotions of the piece are sometimes more muted than they needed to be.

Ruth (Windsor) arrives at a remote Cornwall vacation community in the middle of the night. It’s where her longtime boyfriend Tom (Joseph Quinn) works for the season, but she’s been unable to join him in the past. She’s 18 and they’ve been together for three years. It’s clearly a first love, and there’s an aspect of “Make Up” that’s about that moment when we realize our first relationship probably won’t be our last relationship. Tom can be a little controlling and suspicious, and Ruth starts to blossom away from home for the first time, but not because of her boyfriend. She meets a vibrant personality named Jade (Stefanie Martini), who does her nails and makes wigs in her free time. Oakley never draws a straight line between artifice and self-awakening but the visual motif of external appearance masking inner turmoil is strong without being overstated.

Oakley has a number of recurring images that increase tension in a story that may have had none in a different filmmaker’s hands. The sea is portrayed as something deadly and dangerous; other units are being fumigated and have creepy plastic sheeting around them; noises in the middle of the night add tension. There’s a vague sense of danger everywhere in Ruth’s world, but Oakley makes it feel organic instead of forced. There’s a sense that nothing makes sense when you’re young and figuring out who you are. The best parts of “Make Up” deftly capture that period of life.

It helps a great deal that Molly Windsor is more than up to the challenge. This movie falls apart with a less committed, genuine performance at its center. She doesn’t strike a false note and doesn’t lean into potential melodrama in the second half. It’s a breakthrough performance that’s forced to anchor the entire film—Oakley’s decision to keep us forced only to Ruth’s POV was a smart one both in how much trust it places in her leading lady and how it adds to the tension.

I’m not fully convinced about where “Make Up” lands. I like that Oakley avoids pat resolutions and an obvious melodramatic climax but the final fifteen minutes here feel extremely rushed. A movie that’s been deliberate hurtles toward its ending, and I wanted it to breathe as much in its final act as the first hour. However, this is still an accomplished piece of work and a pronouncement of a great young actress. 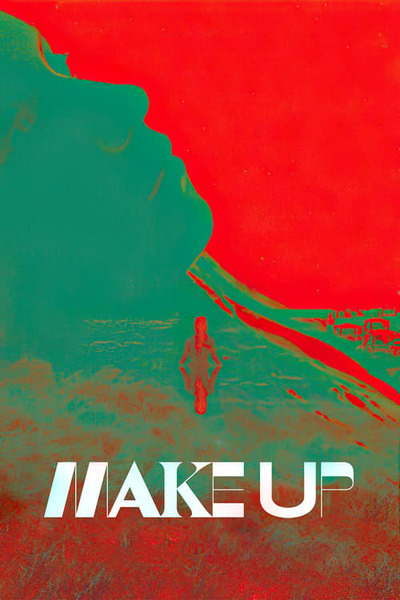