Lover for a Day

If you've ever wondered what a Woody Allen romantic comedy might feel like if it were squeezed dry of humor while compensating with characters who all exhibit a state of permanent sexy bedhead, French director Philippe Garrel’s “Lover for a Day” comes mighty close. The plot alone of this elegantly shot black-and-white import shares the Woodman’s affection for variations on lusty middle-age man who beds—and tutors—an adoring decades-younger nubile conquest.

In Garrel’s version, we meet Gilles (Eric Caravaca), a 50-ish philosophy professor, who has taken up with lithesome Ariane (Louise Chevillotte), a fetchingly freckled 23-year-old student who has moved into his cramped Parisian quarters. Matters grow complicated and even more crowded when Gilles’ distraught 23-year-old daughter, Jeanne, crashes on his couch after her live-in boyfriend kicks her out of his place.

This setup—which, to be honest, initially annoyed, given the recent exposure of rampant sexual exploitation of women in the film industry—couldn’t be more Freudian if everyone sat around and smoked extra-large cigars. Except it does get more Freudian, since the 69-year-old filmmaker’s own actress daughter, Esther (Timothee Chalamet’s girl fling in "Call Me by Your Name"), is cast as Jeanne. The rather pensive Gilles, not exactly a Jean-Paul Belmondo pick-up artist type, mostly takes a back seat to the every-shifting nature of the relationship between the two young women vying for his attention. At first, Jeanne is heartbroken, needy and a bit snotty as she tells Ariane that she is “less beautiful” than her mother, but soon warms to her when she attempts to offer comfort as a stepparent might.

Conflicts, though, are inevitable. At one point, Ariane stomps away in a huff when Gilles kisses Jeanne first when he comes home from work. He also brings up the idea of being with other partners and suggests such casual encounters would not hurt their relationship. But Ariane, a free spirit who has a thing for doing the nasty against the walls and doors of public bathrooms, takes this as a free ticket to engage with males her own age as well.

Jealousy, insecurity, infidelity and daddy issues flood the screen as Ariane and Jeanne grow closer and begin to share secrets that they keep from Gilles. At one point, Jeanne asks Ariane what her own father does. She answers, “Divorces.” Jeanne asks if he is a lawyer, and is told, “No, he divorces. He’s on his third. I think he loves divorces. It keeps him busy.” That is not just sadly amusing. It puts matters in perspective—something that an occasional droll narration by a female voice mostly fails to do.

In a jarring edit near the midway point in this 76-minute film, the two women are seen dancing during a musical interlude seemingly in a club with male partners, resulting in a bonding ritual that excludes Gilles, who has earlier been seen briefly flirting with a leggy blonde new faculty member but backing away from any intimacy. Jeanne, meanwhile, is put off by Ariane’s suggestion that she should try sex just for pleasure and instead sets a trap for her to become involved with a male friend who is a campus Casanova. Soon, the daughter will gain the upper hand and the chance to get her papa back full-time.

At this point, matters could have gone the Hitchcockian route, but Garrel seems more of a realist. Save for the cell phones onscreen, “Lover for a Day” could be mistaken for a New Wave effort from the ‘60s. Now here is where I must come clean. I don’t believe I have ever been exposed to another movie by Garrel, who shot his first feature in 1964 at age 16 and whose influences include Godard and Truffaut. Why, I am not sure. He’s won awards at festivals and picked one up for “Lover for a Day”—which is the final chapter in a trilogy—at Cannes last year. But judging by this effort alone, I am not moved to consume more of his oeuvre. I was transfixed, as I often am, by the casual way French women in movies are effortlessly stylish—and both leading ladies pull that off with ease. But “Lover for a Day” just wasn’t enough of a grabber pour moi. One could accuse Garrel of misogyny with his rather subtle psychological version of a catfight. But good for him for writing his script with input from two female writers—including his wife, Caroline Deruas-Garrel—as well as the great Jean-Claude Carriere ("Belle du Jour," "The Return of Martin Guerre"). Now his films, I definitely have seen. 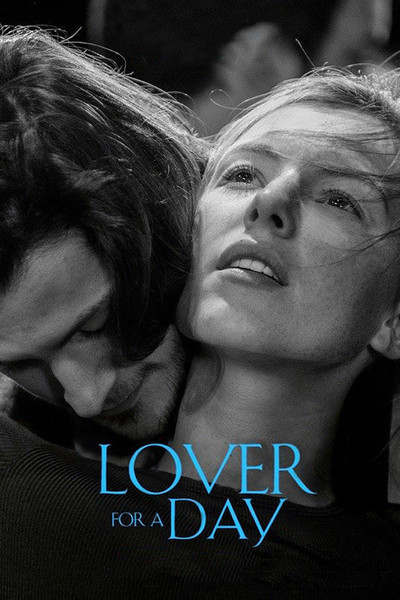