Films that seem to have everything going for them but that don't come together can be much more frustrating than films that are simply bad. You keep rooting for them and then sighing. Eleanor Coppola's second dramatic feature "Love is Love is Love" is that kind of film. It's an anthology of three short stories about love and commitment and the prismatic nature of the human personality. It draws together a first-rank cast of character actresses and actors, most of them over 50, then mostly fails to invest the material with the invention and snappiness needed to invigorate it and make it memorable, as opposed to merely agreeable.

The first segment follows a film producer named Jack and his confectioner wife Joanne (Chris Messina and Joanne Whalley) who are separated by geography (she's back in their hometown, he's in Montana shooting a movie) but decide to have a virtual date by taking their laptops to nearby restaurants. The appearance of a beautiful female colleague on Jack's end of the connection introduces a note of uncertainty and suspicion that changes the vibe of the meal. This spurs Jack to strenuously declare his love for Joanne, and makes Joanne unsure whether her husband is overdoing it because he got caught cheating or because he's just upset over having inadvertently upset her.

This segment is a modest two-hander, like a little one-act play with a coda, and while the setup of two people trying to connect virtually by taking their laptops to candlelit restaurants will remind some viewers of life during the first year of the Covid-19 pandemic, the personalities and situations transcend that historical moment. It's probably the most fully realized of the three segments because it's on-point and lean, and sets us up without much fuss for a punchline that we know is coming (notice how a particular prop that came into play during the opening scene becomes important in the last one).

The second segment is altogether the weakest because it sets up a situation that seems rife with potential for humor and revelation but doesn't do much with it. Marshall Bell and Kathy Baker play John and Diana, a married couple who find themselves at a crossroads after 33 years of marriage. John starts a conversation with Diana on a startling note by revealing that he's thinking of getting himself a girlfriend. He says Diana isn't available enough to suit him and won't return the favor when he takes part in activities she cares about but that don't interest him. This leads, in a roundabout way, to an exploration of John's insecurity about aging (which seems like a partial motivator for that upsetting comment) as well as some of the factors that contributed to the gap between them (John is particularly irritated that Diana won't go sailing with him because being on the water makes her anxious and seasick).

Of course they end up on a boat, but the setting comes across as less of a dramatic crucible in which the characters can be tested than a playwriting workshop where we've been given the not-so-precious chance to watch a one-act that shouldn't have been put in front of an audience until it was really ready. The fundamental selfish obliviousness of John is never seriously explored, much the unanswered question at the center of it all: what does Diana see in this jerk? And why does she seem so surprised if this rupture has been brewing for so long? There doesn't seem to be any real spark between the two, certainly not enough to explain why seemingly incompatible people would be together three decades. And for whatever reason, Baker's performance doesn't match the person being described by Jack and embellished by Coppola's screenplay (which was cowritten with Karen Leigh Hopkins). Baker is a great actress, but seemingly not great enough to tamp down her natural verve enough to play somebody like this.

The final and longest segment occurs at a ladies' lunch that is soon revealed to be a wake for a woman named Clare, whose daughter Caroline (Maya Kazan) has gathered some of her closest female friends together in mourning and remembrance. A superficial round of anecdotes and comments eventually gives way to deeper remembrances, and Coppola and Hopkins' script makes sure to distribute big moments democratically among an ensemble that includes Rosanna Arquette, Valarie Pettiford, Cybill Shepherd, Polly Draper, and Rita Wilson. There are revelations and confessions, stories of abortion and infidelity and secret pregnancy, and the unexpected mid-meal arrival of a package with dramatic significance.

But even though it's a treat to see a powerhouse cast of character actresses in their sixth or seventh decades of life all get a chance to do a monologue or two, the repetitious, round-robin approach to filming them (with a fixed camera cutting between closeups and group shots of people saying their lines) quickly becomes tedious. The awkwardness of some of the verbal setups doesn't help (at one point, Caroline begins a line by telling the group, "As you all know, I'm a lawyer").

And some of Coppola's choices are simply cringe-inducing. It's bad enough that the lone Black woman at the table, Wendy, is the only major character of color in the movie; then Coppola has to have Wendy tell Caroline and the rest of the group that her very favorite thing about Clare was how she used to constantly ask Wendy questions about race. In what universe would a Black woman such as this say such a thing under these exact conditions?

It's one of many unfortunate moments when you find yourself thinking about the casually privileged milieu of the entire production (a very Beverly Hills brunch); how such movies tend to mistake the discontent, unhappiness, momentary inconvenience for suffering, and how uninterested the filmmaker is in really acknowledging or commenting upon any of that stuff.

Of course, not every movie about rich people needs to be a corrosive social satire. But if you're not going to go there at all, the movie should be escapist, or at least funny and precise and clever and light, seeming to glide across the screen rather than constantly stumble over itself. And it ought to show human beings reacting as they might actually react if, say, questions about faithfulness were suddenly about to be confirmed or put to rest, or if the mate that one had expected to spend the rest of one's life in a monogamous relationship with had suddenly announced his intention to go shopping for a side piece. And when was the last time you were at a table with seven or eight grieving people, where every single individual who wasn't talking sat in scrupulous silence with their hands on their laps until someone finished their monologue? 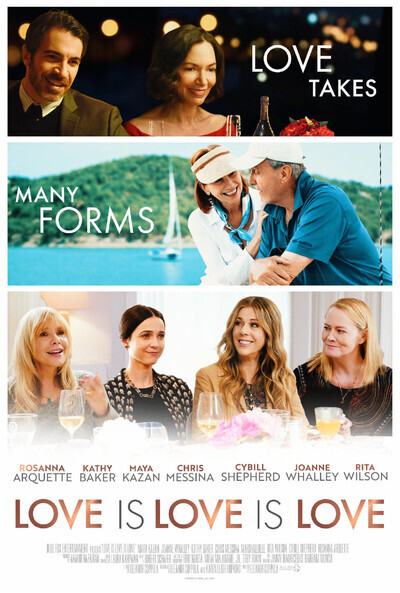