The best thriller of the year is a documentary, the four-part docuseries “Love Fraud,” which starts on Sunday, August 30th on Showtime. More than a mere document of an event, this four-part series makes for alternately infuriating, riveting, and even hysterical television. It is a perfectly constructed piece of documentary filmmaking, one that doesn’t just point a camera at a subject or chronologically recount an event, but literally puts the viewer in the backseat of a car that’s hunting a monster. Even though this bizarre story is inherently fascinating in terms of what unfolds, it’s the access and filmmaking acumen of Heidi Ewing and Rachel Grady that elevate it into something truly special. Richard Scott Smith is an awful human being who made a life out of hiding from the light and the best vengeance against his hollow soul would be for everyone to watch “Love Fraud” and expose him.

The first four words we hear are perfect for what follows: “I’m searching for something.” They’re spoken by Smith, the villainous subject of the series, but they apply to various aspects of this project. At its core, “Love Fraud” is about women who were searching for love, companionship, something to break them from their routine. Smith himself claims to be searching for similar things but he’s really just out for profit, bilking women across the heartland of the country. And then “Love Fraud” takes that concept a step further, focusing on the search for Smith as investigators, victims, and the filmmakers stalk the con man across the country.

As “Love Fraud” makes clear in its first episode, Richard Scott Smith is a prodigious con man. He has assumed multiple identities, married several women, and then stolen everything he can from them. He has ripped apart families and destroyed savings accounts. He has even opened businesses with people, only to drain them of as much money as possible, leaving his partner with insane degrees of debt. In the first episode, a childhood friends speaks about how a young Smith used to get off on juggling multiple girlfriends at the same time just to see if he could get away with it. If you currently have a friend like this, keep an eye on him—it could get much worse.

For the most part, Ewing and Grady tell their story through the women that Smith defrauded and betrayed, and they make so many smart decisions along the way. First, there’s a mastery of tone here in terms of interview skills. “Love Fraud” could have easily become a dirge of destruction, hearing stories of the most painful relationship in the lives of these women over and over again. Imagine not only losing everything you have but to someone who you believe loved you. These women repeatedly make clear that they felt love and gave love to Smith before he turned to Mr. Hyde and destroyed their lives.

But what’s so remarkable about “Love Fraud” is how much it doesn't wallow in grief. Ewing and Grady find these people not embracing their trauma—although it certainly doesn’t avoid it either. Instead, it comes immediately from a place of empowerment, driven by not just the women’s investigation into finding Smith and bringing him to justice, but the wild personalities that got involved along the way, including a tough-talking bounty hunter from Kansas named Carla who any reality show producer would be smart to give her own series. “Love Fraud” is often very funny, and not just because it’s a national crime spree that hinges on a love for karaoke and crab cakes.

There’s a natural momentum to “Love Fraud” that comes from the filmmakers' timing, but don’t let that detract from praise for the incredible editing. Yes, Ewing and Grady were lucky in a sense to come into this story when they did, but they also put their series together in a way that most resembles a thriller. They know how to pace this story perfectly, alternating personal stories with the immediacy of the hunt of Richard Scott Smith. “Love Fraud” may be four hours in total, but it zips by so much more quickly than most 90-minute movies I’ve seen this year.

“Love Fraud” avoids so many of the traps of the docuseries, a form that seems to only be growing in frequency in 2020 with hits like “The Last Dance,” “Lance,” and “Tiger King.” Ultimately, it comes down to the fact that it was directed by incredibly smart, empathetic filmmakers, two women who know how to tell a true story. Ewing and Grady don't just convey the facts but pull off the near magic trick of elevating these people into characters that feel like they’re pulled from fiction, all without ever once losing their relatable humanity. 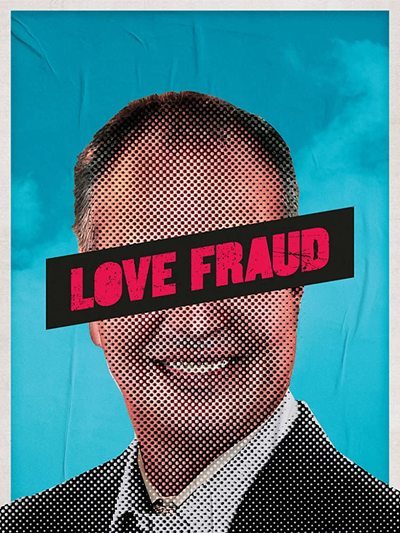