Life of a King

For a movie about chess—a game in which strategy, smarts and staying a step ahead of your opponent are crucial—"Life of a King" is awfully formulaic and predictable. Based on the true story of ex-con-turned-youth-mentor Eugene Brown, director and co-writer Jake Goldberger's drama is earnest to a fault and hits all the inspiring notes you'd expect. Brown's story is a good one, though, and solid performances—especially from star Cuba Gooding Jr.—elevate the film slightly above the familiar trappings of its genre.

Actually, "Life of a King" is more of a mixture of two genres: It has the uplift of a "Stand and Deliver" or a "Dangerous Minds," in which tough kids meet even tougher teachers, combined with every underdog sports film you've ever seen, particularly "The Karate Kid." You know exactly what you're getting with either of these experiences, so what matters is innovation in terms of aesthetics or structure or dialogue. Goldberg's film, however, is rather straightforward and unremarkable on all these fronts.

But Gooding has tamped down his signature swagger—the boisterous energy that's been a part of his persona since his Oscar-winning "Jerry Maguire" performance—to play Brown, who spent 18 years in prison for bank robbery. When we first see him, he's playing chess through the bars of his cell with the lifer next door (a sadly underused Dennis Haysbert). A lifetime of mistakes has beaten Brown down, and there's a sadness in his eyes, an apprehension to his demeanor.

Once he's released, Brown returns to his Washington D.C. neighborhood, where the former criminal now finds it hard to earn an honest living. His old protégé Perry (Richard T. Jones), who now runs the streets himself, offers Brown the chance to start making quick money again. Instead, Brown lies on his resume about being a convicted felon and lands a job as a janitor at the local high school. (LisaGay Hamilton has a no-nonsense dignity as the principal who hires him.)

Soon he is minding detention, where he's the rare adult who can relate to the rebellious, self-destructive streak that runs through the young thugs who dwell there. Chief among them are Clifton (Carlton Byrd), a big kid who works for Perry selling weed to his classmates; troubled Tahime (Malcolm M. Mays), whose single mom (Paula Jai Parker) is a drug addict; and the sweet, scrawny Peanut (Kevin Hendricks), who's just along for the ride.

Brown first earns the unruly students' attention when he proves they can't intimidate him—after all, he was them once. But then he earns their respect when he hustles Peanut in cards. As he finds his footing, he strengthens his voice, and soon introduces the students to his true love: chess. While teaching them the game forces them to settle down, focus and use their brains (which is a good thing), it also inspires Brown, and the film, to hammer us over the head with the notion that chess is a metaphor for life (which is a bad thing). Think before you move! Protect your king! At the device's most obvious, Brown waxes poetic about the importance of the king just as one of his students is being shot to death in an alley.

Nevertheless, Brown is undaunted, and forges on with his instruction—which has now developed into a full-blown chess club in a run-down house he's rented and renovated. (All that sweeping, cleaning and painting with the kids' help provides fodder for one of the films' three, count 'em, three montages.) And Tahime has become his star pupil, with an untapped intellect and natural gift for the game.

Will Tahime overcome enormous odds and make something of his life? Will Brown's own children—pre-law student Katrina (Rachae Thomas) and juvenile delinquent Marcus (Jordan Calloway)—ever cast aside their bitterness and learn to embrace this changed man? If you've ever seen a movie before, the answer to these questions is never really in doubt. The actors bring heart to their performances, if not the element of surprise. 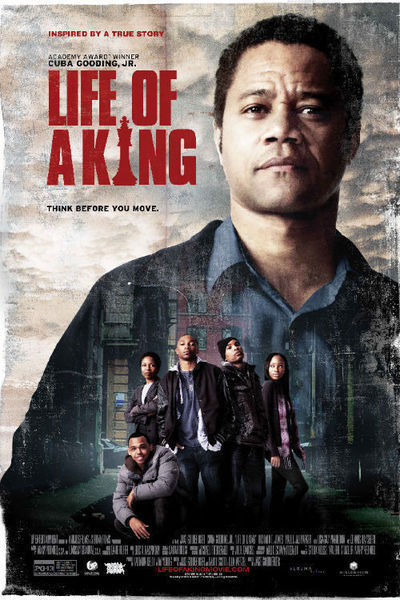