In the last few decades, films about adolescent girls in dark sexual situations have basically become their own genre, ushered in by the explosive release of Catherine Brieillat’s “Fat Girl” in 2001. The blueprint of these stories can be traced back to the work of Larry Clark and Harmony Korine in the 1990s, movies that display children as mature in the ways of sex. Since then, we have been treated to a number of bleak independent films (“Palindromes,” “Precious: Based on the Novel Push by Sapphire”) depicting girls in impossible situations, facing irreversible psychological trauma. Many of these movies blend teen drama with uncomfortable sleaze in a troubling way.

Director Jeanne Leblanc blends all these elements into her new film “Les nôtres” ("Our Own"). It tells the story of Magalie (Émilie Bierre), a 13-year-old French girl who becomes pregnant. Additionally, Magalie is grieving the loss of her father, which along with puberty seems to have directly led to her recent changes in attitude. This bit of information is revealed in dialogue only once, but the air in each frame is heavy with that loss. Her relationship with her newly single mother Isabelle (Marianne Farley) is strained, as most attempts to reconnect fail miserably. As Magalie withdraws, she begins experimenting with makeup and taking on a false air of sexual confidence. The gulf between where Magalie is in life and where she wants to be is on full display in an early party scene where she and her young friends grind awkwardly to hip-hop. Then later we see her in a bed in a state of undress, looking proactively at the camera. Bierre is laid bare in this moment—both physically and emotionally. A scene later, we are returned to reality as Magalie walks outside, ready for a ride to school.

The problem is that, aside from these early scenes, “Les nôtres” is a coming-of-age drama noticeably lacking in a truthful adolescent perspective. We see Magalie with her friends. We see her flirting with her next-door neighbor Manuel (Léon Diconca-Pelletier), who seems to have genuine feelings for her. We see her struggles in school as she begins to show, both physically and socially. And while these scenes work, the meat of Leblanc's movie doesn’t seem interested in Magalie much at all. The film's main thrust is the mystery of who impregnated Magalie. Because she won’t tell anyone, Magalie’s mother struggles to gain control of the situation. Meanwhile, Manuel’s adoptive mother Chantale (Judith Baribeau) is also dealing with rumors that he is the father. For the majority of the runtime, “Les nôtres” plays like a mid-budget suburban drama a la “American Beauty,” which joins the exploration of teen sexuality with themes of social deviance, moral decay, and the erosion of Reagan-era of family values.

"Les nôtres" is about Magalie only in the most literal sense—everyone is talking about her, but we never really get to know her at all. And while Leblanc wants us to believe that Magalie is the protagonist, aesthetic choices betray her. Despite this, Bierre gives a steely, contemplative performance as a girl who feels she has no one she can trust, even while her mother searches for the truth. Farley is effective as a mother who feels abandoned by her husband and overwhelmed by raising her children alone.

By the film's midpoint, the adults are at the center while the teenagers weather the storm quietly. Though its characters are in the dark, "Les nôtres" reveals the identity of the father fairly early and then takes us through his journey trying to cover up his rape and pedophilia. While the plot of "Les nôtres" portrays him as the villain he is, the camera is oddly sympathetic to him in a way reminiscent of Kevin Spacey's character in “American Beauty” or Aaron Eckhart's in “Towelhead.”

Aside from these narrative issues, there's no denying that “Les nôtres” is a well-made film. It is photographed handsomely, with a sunny hue to each frame juxtaposed with the underlying moral darkness of French suburbia. The performances are strong, with each actor portraying a full spectrum of emotion with very little dialogue. Perhaps if Leblanc's script were more focused in its perspective, it would have more narrative impact. But the movie has an identity crisis, unable to decide who its real subject is. Overall, “Les nôtres” fails to dive into the depths of its subject matter, hinting at a dark underbelly that it never full explores. Movies like these are a great example of how depiction without exploration can lead to a stagnant work, one that is both too surface level to be meaningful and too mild to function as pure exploitation. 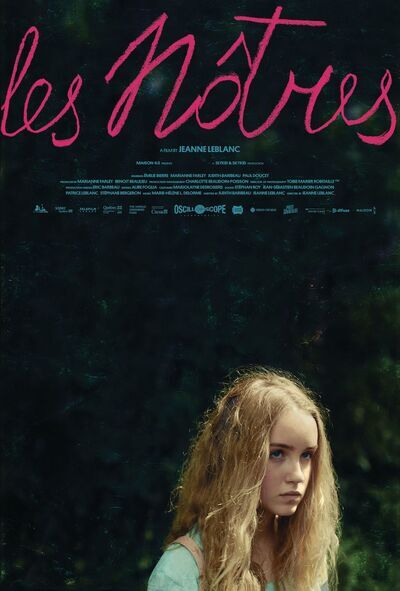