This is just about the first movie review I ever wrote, from The Daily Illini, October 4, 1961, during my sophomore year at the University of Illinois. I now consider "La Dolce Vita" one of the greatest films I've seen, but obviously that was not my first impression. - RE

There is in "La Dolce Vita" a great deal to be puzzled about, and a great deal to be impressed by, and perhaps a great deal which we as Americans will never completely understand. Yet it is a fine motion picture. And we have the feeling that even those students who sat through its three hours with a measure of boredom came away convinced that something was there. It is this something, this undefined feeling being hammered at beneath the surface of the film, which gives it power and illumination. And it is this hidden message which contains the deep and moral indictment of the depravity which "La Dolce Vita" documents.

In technical excellence, the film surpasses every production this reviewer has seen, except a few of the Ingmar Bergman classics. Photography and the musical score are together almost as important as the dialogue in conveying the unmistakable attack on "the sweet life."

This attack is also made clear in frequent symbolism, although
sometimes the symbolism becomes too obvious to fit into the effortless flow of the total production. For example, in the final scene where merrymakers gather around the grotesque sea monster which represents their way of living, and then the protagonist is called by the "good" girl but cannot understand her, the symbolism is very near the surface. Yet this tangible use of symbols might account in part for "La Dolce Vita"'s fantastic success. Too often the "new wave" falls through symbolism that is simply too subtle for most movie-goers.

The acting itself is startling realistic, and for a very good reason: too many of the players are portraying themselves. The greatest surprise -- and one of the greatest successes -- in the film is the Swedish sex goddess Anita Ekberg, cast as a "typical" American motion picture star. She plays the part with a wild, unthinking abandon which far surpasses her previous roles in "B" pictures designed primarily to exploit her impressive physical attributes.

But there can be no real award for best actor or actress in the film just as in a sense it does not seem to be a film so much as a simple record of "the sweet life." The characters, in their midnight parody of happiness, are all strangely anonymous. Only their life, their society, comes through - with a sad, burnt-out vividness that sputters briefly through a long night and then dies in the morning on the beach, dies with the sea monster who has blank, uncomprehending eyes.

In the film, the wild but bored house party comes just before the dawn. It is this party, in all its depravity, which has become one of the most widely known segments of the film. Yet it is probably the one area of "the sweet life" which misses the mark for many American audiences. The scene is meant to show a last, desperate attempt to find something beneath the whirlpool of animalism which finally engulfs them all. Yet as the girl lies still beneath the mink stole, bored and restless eyes look away -- still looking.

We are afraid that too many Americans might consider this scene
as a sharp, immediate event. Its message, of complete and final meaninglessness, might not come through to an audience which may not find such things particularly everyday. And so, despite the almost extreme good taste with which the scene was filmed, we are afraid that many of the thousands who queued up before the theatre had rather elementary motives.

This is excusable. We wonder how many years it has been since a film as intellectual and meaningful -- and as basically moral -- as "La Dolce Vita" has attracted such crowds here. We suspect it has been a very long time. The greeting it is getting is a tribute to one of the finest motion pictures of our time. 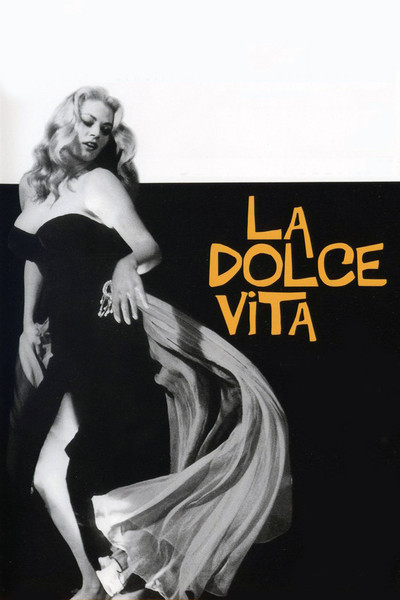