An intelligent, meticulously crafted drama about British soldiers in the trenches of World War I, “Journey’s End” is the latest cinematic rendition of a play by a war veteran, R.C. Sheriff, which premiered in England in 1928 with Laurence Olivier in a lead role. While the play was a huge hit on both sides of the Atlantic, and has proved an admirably durable theatrical staple (I saw the hit Broadway revival of 2007), one might wonder why it would be made into a movie in the present day.

An obvious one-word answer: “Dunkirk.” Although they concern different wars, the two movies plumb the innate drama, tedium and terror of soldiers on foreign soil bracing for an onslaught by overwhelming enemy forces. Intimate and verbal, though, Saul Dibb’s film provides a satisfying antithesis to Christopher Nolan’s macrocosmic, hyper-sensory view of war: it gives close and sustained attention to a handful of soldiers facing both an implacable foe and their own mortality.

Since its debut, Sheriff’s play has been praised for its precise, flavorful realism and avoidance of cliches and rhetoric. Unlike many literary and cinematic treatments that would come later, it’s neither staunchly “patriotic” nor polemically “anti-war.” Leaving aside the war’s political causes (aside from one character’s statement that it should never have happened), it focuses squarely on the certain individuals and their ways of dealing with a situation of impending catastrophe.

Simon Reade’s script for the film preserves the play’s virtues while opening its action outward in appropriate and judicious ways: While most of the drama remains in the bunkers of the British forces, when the soldiers leap out of the trenches onto the battlefield, we see that, too.

The tale takes place in the spring of 1918 near St. Quentin, France. The war has already dragged out for nearly four years, with millions killed; it will grind on for more than a half-year longer, snuffing out countless lives as it does. There is, in other words, nothing either strategically or historically significant about the episode we witness; it’s just another horror in a seemingly endless succession of them.

The film escorts us into the battle zone following fresh-faced teenaged Second Lieutenant Raleigh (Asa Butterfield), who could have done his service in a safer place but instead has gone to some trouble to get assigned to the command of Captain Stanhope (Sam Claflin). Before the war, Stanhope was a senior boy at Raleigh’s school and enamored of his sister; the three spent holidays happily wandering England’s countryside, the younger man recalls.

The early scene where Raleigh encounters Stanhope for the first time in the unit’s underground HQ is one of the film’s most memorable. Instead of the warm welcome he expected from his admired older pal, Raleigh finds a changed man. Though respected by his soldiers, Stanhope is a stiff and troubled officer and hardcore alcoholic. Naturally he doesn’t like Raleigh seeing him like this, and fears the reports he might send his sister.

Stanhope (the role that launched Olivier) is the pivotal figure in this drama. The other main character, gentlemanly, bookish Lieutenant Osborne (Paul Bettany), has joined the unit just recently but seems to have already formed a solid bond with Stanhope, who obviously needs his steadying, sane friendship.

A side note: The first film version of “Journey’s End” was directed in 1930 by James Whale, who would direct “Frankenstein” the following year and whose troubled psychic life as a gay WWI veteran is the subject of Bill Condon’s “Gods and Monsters.” While rights issues have kept Whale’s “Journey’s End” long out of circulation, a friend who’s seen it told me it’s rife with homosexual subtext. Apart perhaps from a poignant scene where a drunken Stanhope implores Osborne to tuck him into bed, that’s not the case here.

Instead, the drama describes the tensions, anxieties and sustaining camaraderie that unite these men and their fellows—including stalwart cook Mason (Toby Jones) and battle-hardened Trotter (Stephen Graham) and Hibbert (Tom Sturridge)—as they begin a week when they’ve learned a massive German offensive is expected to begin. All know that they will be neither be evacuated nor reinforced. They are simply sacrificial lambs of the most basic strategic sort, their deaths meant only to momentarily slow the advancing enemy.

A crucial turn at the film’s dramatic apex comes when the Brits’ commanders send down an order that the unit mount a party of two officers and ten men to dash across no-man’s-land in the face of enemy fire, grab any German soldier they can, and bring him back in hopes of extracting intelligence about the upcoming attack. Raleigh and Osborne are the officers chosen for the detail. The mission is almost assuredly suicidal, just as it is inevitably futile, since it can do little or nothing to affect the impending slaughter.

Dibbs does a fine job bringing a nuanced, realistic visual style to this venerable tale of war’s cruel and colossal wastes, and his actors are all first-rate, with Bettany a special stand-out. But though it proves the timelessness of Sheriff’s drama, the film doesn’t make a particularly strong case for why, “Dunkirk” apart, it should be considered more-than-usually relevant today. 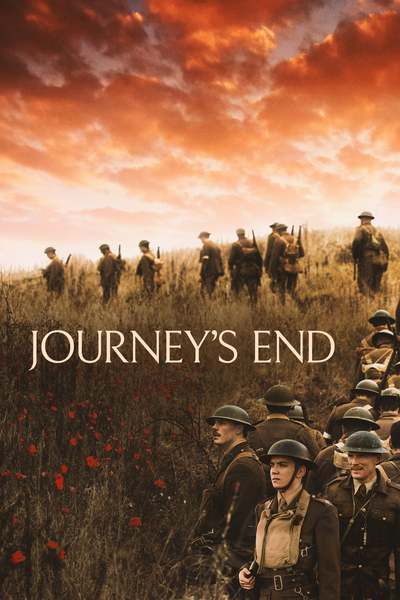