“It's My Party” is gentle, and very sad, the story of a man who discovers that he has a short time to live, and throws a party for family and friends, so that he can say goodbye before committing suicide. The story is not so concerned with his disease or his decision as with recording the emotional tones that surround it, and watching the film is uncannily like going through the illness, death and memorial service of a loved one.

The dying man is Nick Stark (Eric Roberts). He has been HIV-positive for eight years. Now he experiences a series of small, troubling signs. He forgets his keys. He drops a barbell at the gym. “Get the scan,” a friend says, and he does, and the test finds lesions on his brain. The full name of his condition is Progressive Multifocal Leukoencephalopathy, and it is depressing to discover that some of his friends can rattle that term right off.

Nick, a designer, was the lover for many years of Brandon (Gregory Harrison), a TV director, but they broke up after Nick tested positive. Painful flashbacks show them fighting over their house and dog; Brandon brought most of the money to the relationship, and so it was Nick who moved out, to a little frame house where the final party will be held. Telling his closest friends (including Charlene, played by Margaret Cho) that it is “Time for Plan B” and he wants to die “while I am still me,” he goes through his Rolodex, making an invitation list: “Dead... dead... dull... dead...” The centerpiece of the movie is Roberts' performance as the dying man. This is a quieter, gentler Eric Roberts than I've seen before. As the friends and family start to gather, he tries to comfort them, bringing to each one what he senses they need. There is some laughter and a few macabre jokes, but basically the party (which stretches to two days because of some latecomers) consists of Nick at the epicenter, brave and sweet, surrounded in the corners of the rooms by many worried and sad conversations.

“Gay people get to choose their own families,” one of Nick's friends says, “and he chose us.” His biological family is also there: Lee Grant, as his Greek mother, George Segal, as his Jewish father, and Marlee Matlin as his sister. It is clear, in a conversation they have, that his father never accepted Nick’s homosexuality, and buried that and other issues in lifelong alcoholism.

The father tries to apologize, awkwardly.

The key event of the party is the arrival of Brandon, the former lover.

Nick's friends are hostile to him: They think he has his nerve. But Charlene invited him because she senses that Nick will be happy to see him, and although there is still anger and resentment, she is right. “When he got sick, I guess I got scared,” Brandon confesses.

The idea of voluntary suicide, much in the news because of Dr.

Kevorkian, is treated here not as an issue but as an accepted choice. In another flashback, we see how Nick and others helped a friend of theirs who chose to kill himself. They leave him to die, and the next day they go to deal with the body, only to discover that he is not yet quite dead. So they follow through.

This scene will cause the most discussion after the film, and indeed within the film Roddy McDowall plays a Catholic who argues that only God should decide when we die.

For Nick, whose vision is blurring and whose memory is fading, the choice seems clear. By the end of the film, in a quiet, understated way, director and writer Randal Kleiser has created a genuine family feeling. This is not one of those over-plotted constructions in which every character poses a problem, and the screenplay assigns solutions. It's more three-dimensional and realistic, showing how death, for all of its sadness, can sometimes create joy, if people are given the opportunity to affirm what they feel for one another. It is not an end, but a passage. And some things finally get said that needed to be said a long time earlier. 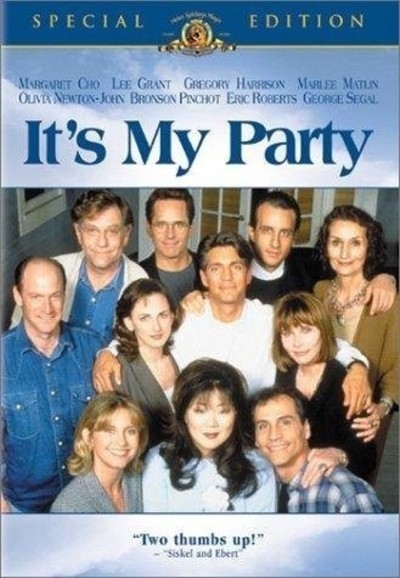