The exploitative nature of reality TV shows is a great topic for satire and an even better subject for a horror film. Unfortunately, "Inner Demons," a found-footage/exorcism film, is neither an insightful social critique nor a scary horror film. The film makes one damning if unoriginal observation—the "reality" presented on reality TV is manufactured—and then does nothing to expand on it.

This is mostly because the makers of "Inner Demons" refuse to implicate Carson (Lara Vosburgh), a heroin junkie who willingly stars in an "Intervention"-style reality show because she's told it will help with her bigger problem: demonic possession. Carson, a former top student at a prestigious Catholic high school, does drugs, but because she's literally got a devil inside her, her troubles are beyond her control. Because Carson's not responsible for her actions, that puts the burden of her treatment and celebrity on everyone but her. Rather than question reality TV's obnoxious Blame-Game-enabling tendencies, "Inner Demons" shames the crew of "Step Inside Recovery," the rehab show that spotlights Carson. So instead of shooting reality TV's fish, the makers of "Inner Demons" just kick the proverbial barrel.

"Inner Demons" belaboredly vilifies Suzanne (Kate Whitney), a pushy producer who repeatedly asks interview subjects to restate candid answers so that they'll make better soundbites. Professional interventionist Dean Pretiss (Roger Wilkinson) and privacy-invading cameraman Tim (Brian Flaberty) are also blamed, but they're not as big a target as Suzanne, who at one point bleats "We're all whores!" Who else bears blame for Carson's plight? Everyone, at least to some degree. Clinic doctor Dr. Kordis (John Kragen) is a generally sympathetic character undermined by his desire to be on TV. Carson's parents have their own problems: daddy's got anger management issues he supposedly has under control; mommy is a churchgoer who's in denial.

The most sympathetic characters in "Inner Demons" are Carson, who has ulterior reasons for taking drugs, and hapless cameraman Jason (Morgan McClellan), a nice guy with a mean job. He commiserates with Carson, who mewls that he's the only one that believes she needs a priest, not a doctor. Jason's selfless faith is, as is often the case in bad genre movies, grounds for a romantic relationship. Carson admits to crushing on him during a pseudo-confessional interview, sheepishly wishing he could have known her back when she did innocent things like hang out at the mall. At no point does Carson question that, at some point, Jason thought shooting her painful recovery for a reality TV show was an acceptable gig. He's an ostensibly nice, thoughtful guy, as we see in the scene where he challenges Dr. Kordis by rhetorically asking him why detox isn't helping Carson with her Lucifer-related issues.

The film's toothless satire is periodically interrupted by derivative scare scenes, usually presented as security-camera footage of Carson's demon wigging out. You can tell that the Satanic monkey on Carson's back is going to do something violent whenever static and white noise interrupt the film's seamless faux-documentary appearance. You'll never wonder when Carson's supernatural tormentor will appear, and will therefore can never be scared of it. Pity Carson, but blame her creators for turning her into the least frightening monster this side of "The Real Housewives of New Jersey." 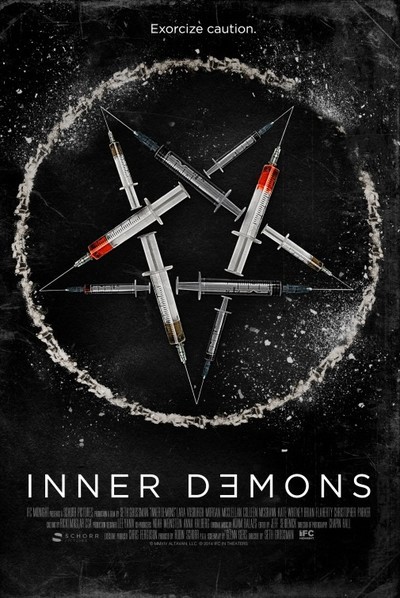