A lot of things have to go wrong to make a love story starring Emma Roberts and Michael Angarano dreary, but “In a Relationship” manages to do all of that and waste the talents of Dree Hemingway and Patrick Gibson as well. Writer/director Sam Boyd says he was inspired by his real-life relationship (I am so sorry, other person in that relationship), also the basis for his 2015 short with the same title. The two couples in this film are so annoying that I did not just want them to break up with each other; I wanted to find a way to break up with the movie, or perhaps scrape it off my shoe.

Call me a cranky baby boomer, but this movie could have been made specifically to validate the worst stereotypes about millennials. For 90 long minutes, two kind-of couples natter on and on about, primarily, whether or not they are couples. There are so many more interesting topics of conversation, like where they get the money to pay for all their things when none of them seem to have much interest in work. They pretty much spend all their time talking about themselves, having sex, complaining about not having more sex, and going to parties and clubs plus an “OJ Simpson Tour” date (with vodka in a water bottle) where one of the highlights is the school where OJ’s daughter once had a dance recital. This is supposed to be romantic and endearing. It is not.

The innovative micro-budgeted mumblecore indies are morphing into TMI-core, with films like the much better “Starlet” (also starring Hemingway), “Never Goin’ Back,” and “Social Animals” set in a world where “Did she lick your butthole?” is considered acceptable casual conversation. More than that, it is considered worthwhile dialogue for us in the audience. Why? Not because we are especially interested in the answer, or even whether the character asking the question is interested in the answer. And not as an indication of the personalities or the culture that are the focus of this very unfocused film.

Indeed, the film violates perhaps the single most important rule of storytelling: it has to have a point of view about how it wants us to see the characters and then deliver on that. A story can have ignorant, boring, or clueless characters as long as the storyteller understands that and finds a way to make it interesting by having something to say about them. Nothing takes the air out of the story faster than the movie thinking its characters are more appealing than they actually are, and that is the case here, big time.

Hallie’s cousin Willa (Hemingway) has just moved to town to attend some grad school program where there are apparently no classes or assignments, because no one in this movie has time to do anything but hang out and obsess about their relationships. Even though he has only read four books, lives with his parents, and still has rocket sheets on his twin bed (“Some girls think it’s adorable,” he says, hopefully), Willa sleeps with Owen’s best friend Matt (Gibson), giving rise to another dull exploration of whether they have the same idea about what that means. Are they “dating?” Just “hanging out?” Maybe if they spent a little time, say, getting to know one another beyond the “How many people have you slept with?” conversation (“We’re each other’s 10th!” Matt crows to Owen, as though that is a reliable an indicator of permanent couplehood), they might find the sense of connection they are dimly aware seems to be missing.

All four characters are much more concerned about being wanted than about being something worth wanting. This movie deserves a hazard alert of its own: exposure carries a high risk of irritation. 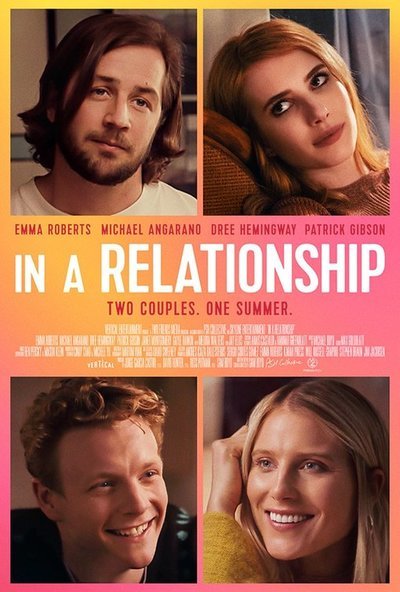